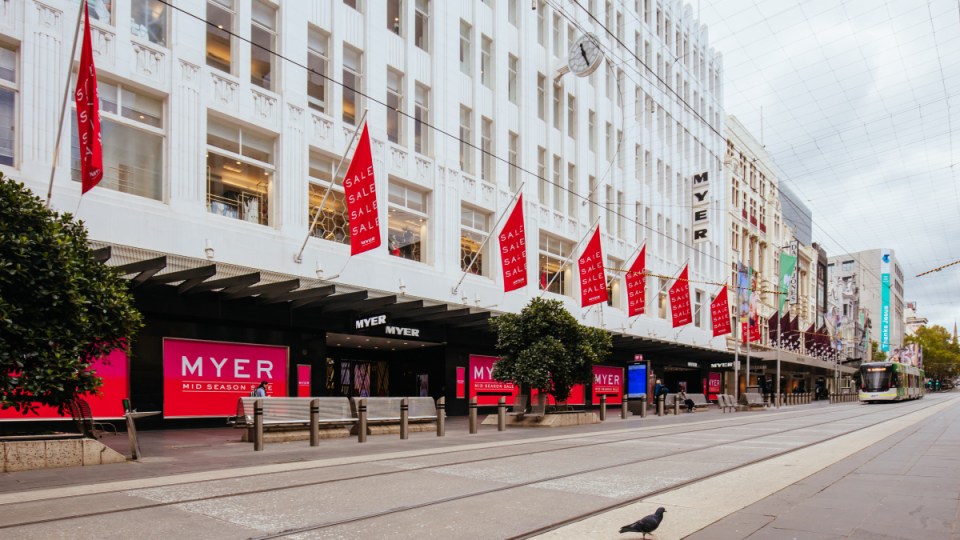 Australia's shopping strips have been stripped of shoppers. While some stores will reopen soon, it will be very different. Photo: Getty

With 5890 Australians now recovering from coronavirus out of 6851 cases, Prime Minister Scott Morrison is eyeing ways to flatten a different kind of curve.

His call to fight unemployment comes as the country prepares for some economic and social restrictions to be eased following a meeting of federal and state leaders on Friday.

As shutdown measures were estimated to cost $4 billion a week nationally and almost a million job losses counted as a result of COVID-19, Mr Morrison was on Tuesday hoping the end was in sight.

The government is aiming for a major economic restart by July. But the message from health experts has been clear: Australians can expect outbreaks. And the virus fight is not over.

We now need to get one million Australians back to work. That is the curve we need to address,’’ he said.

The Safe Work Australia website has been turbocharged to provide specific advice to 23 sectors across 1300 pages.

To ensure Australia can return to business-as-usual by July, Chief Medical Officer Brendan Murphy said cleaning products and hand sanitiser should be in workplaces.

He also said using video conferencing where possible and maintaining the handshake ban would be important.

Hot-desking in offices look set to be banned and more workers may end up being able to stay home.

Queensland Deputy Premier Jackie Trad said that since Australia recorded its 100th COVID-19 case on March 14, jobs in her state had declined by 6.5 per cent, referring to the latest Australian Bureau of Statistics data.

She said it was the second-lowest figure in the country and below the decline of 7.5 per cent, nationally.

Job advertisements suffered their largest ever fall in April – at 53 per cent – with 27 per cent of arts and recreation jobs lost and one in three accommodation and food sector jobs gone.

There is a glimmer of home: positions in renewable energy.

Queensland Premier Annastacia Palaszczuk will headline the Smart Energy Council summit on Wednesday, an online meeting to be attended also by energy ministers from the ACT, Western Australia, South Australia and Victoria.

It will feature Australian Industry Group chief Innes Willox, who will renew calls for a bipartisan energy policy and a reset in how the nation deals with climate change to reach net zero emissions.

A smorgasbord of small-scale works spread across Australia rather than a few big road and rail projects mainly in Sydney and Melbourne will be the best way to climb out of an expected deep recession.

The report shows a tiny improvement in the value of Australian investment projects, rising just 0.4 per cent since the December quarter to $768.9 billion, as COVID-19 began to shut down the economy.

“There will be a temptation for governments to pursue large nation-building projects as a way of stimulating the economy,” the report finds.

“But the focus should instead be on improvements to existing infrastructure and smaller developments.

“These types of investment tend to generate the largest economic returns, while smaller scale projects are also easier for contractors to commence quickly and to deliver on time and on budget.”

Meanwhile, the fight continues over keeping kids home or sending them back to the classroom.

Head of UNICEF Australia Tony Stuart has called on schools to reopen as soon as possible to avoid further entrenching disadvantaged children in poverty.

“When health experts, parents and children tell us it is in their best interest to be back in the classroom we have to listen,” he wrote in an opinion piece in The Courier-Mail on Wednesday.

Otherwise, in the aftermath of this pandemic, we may be asking ourselves what else we could have done and whether our children were the hidden victims.’’

Mr Stuart says not only will private school students have more learning days than public school students, but children from low socio-economic groups with complex learning needs could miss more than six weeks of numeracy and four weeks of literacy over two terms.

He also pointed out that domestic violence reports had risen since the start of the lockdowns, and called on governments not to delay the reopening of schools.

Queensland’s health chief has stressed that anyone showing signs of respiratory illness is swabbed for COVID-19 following a dip in the number of people presenting for tests.

Just 1069 people were tested for the virus on Monday, a drop on previous weeks. More than 660,000 people have been tested in Australia, out of a population of 25.7 million.

Queensland’s chief health officer Jeanette Young says no matter how mild a symptom may be, a person should be checked.

“For the vast majority of people this is a mild disease, so that’s why you need to be attuned to any symptoms and come and get tested,” Dr Young said on Tuesday.

The state’s total tally has gone up to 221 cases, with the two new positives in the north and north-west regions.

Premier Peter Gutwein warned against complacency as he prepares to deliver a road map out of restrictions on Friday.

“What we cannot do is risk the opportunity of a second wave. We’ve seen that occur in other countries and it has been devastating,” he said.

Mr Gutwein is considering direct flights to and from New Zealand for the first time in more than two decades under a mooted trans-Tasman travel bubble.