If ultra-long, non-stop flights by Qantas become routine – with a planeload of passengers, instead of a small group of study subjects – the experience for passengers could be fundamentally different to how regular flights are managed.

Qantas has completed two out of three test flights successfully, as part of its Project Sunrise bid to conquer non-stop flights between Melbourne and Sydney to New York and London.

The flights also signal the start of a new aeronautical competition, as other carriers prepare to take on other long-haul routes around the globe.

There was hesitation from the Australian pilots’ union that pilots would not get enough rest during the ultra-long stretches to ensure they were performing at their peak, as well as questions over how passengers would be kept comfortable and healthy on such a haul.

Dr Svetlana Postnova is a computational neuroscientist with research interests in circadian rhythms, sleep and alertness.

She is part of the research team at the University of Sydney’s Charles Perkins Centre that is working collaboratively with Qantas to test the feasibility of non-stop long-haul flights as per passenger health and wellbeing.

The well-publicised flights from London and New York have been flying laboratories.

Lights on, lights off

On the New York to Sydney flight, Dr Postnova conducted an experiment where the passengers remained in bright light for the first seven hours of the flight.

During that time she says two meals were served.

The first was designed to help keep the passengers awake. Late in this phase, they were served a second meal, heavy in carbohydrates, designed to promote a slump.

Following the meal, the cabin lights were dimmed for 10 hours.

(Normally, on a flight over nine hours, cabin lights stay on for the first couple of hours before being dimmed. Passengers are woken about 90 minutes before landing.)

The passengers – whose eating, activity and sleeping habits had been studied during the week before the flight – were encouraged to avoid screen time.

Instead of watching movies, they were encouraged to listen to podcasts or music – as some people tend to do when trying to nod off.

About two hours out from landing, the passengers were woken and served breakfast.

In the lighted phases, the passengers were encouraged to perform exercises to offset the negative impact of sitting down for so many unbroken hours.

For two hours following the flight, the passengers wore a monitor that again measured sleep, eating, activity and light exposure.

Did the program improve their wellbeing?

“We’ve had very positive feedback from the participants and other passengers on the first two flights, which is encouraging,” Dr Postonova told The New Daily.

“We need to analyse the data, however, to gain better understanding of how different wellbeing markers change during and after the flights.”

If the numbers are good, will this light and meal programming become standard practice?

“This decision is up to Qantas,” she said.

“Personally, I’d like to see in-flight conditions on all long-haul flights optimised for circadian adaptation and wellbeing. It is only logical to use the time in the air to kickstart entraining the body clocks to destination.

“(But) every flight would have a different on-board schedule, depending on the time difference and flight times, so it’s not a trivial task.

“We use biophysical modelling to optimise in-flight light schedules, which makes such deployment possible across any number of flights.”

A similar research program, run out of Monash University, is examining pilot and crew wellbeing on these flights. The New Daily will soon report on this research as results become available. 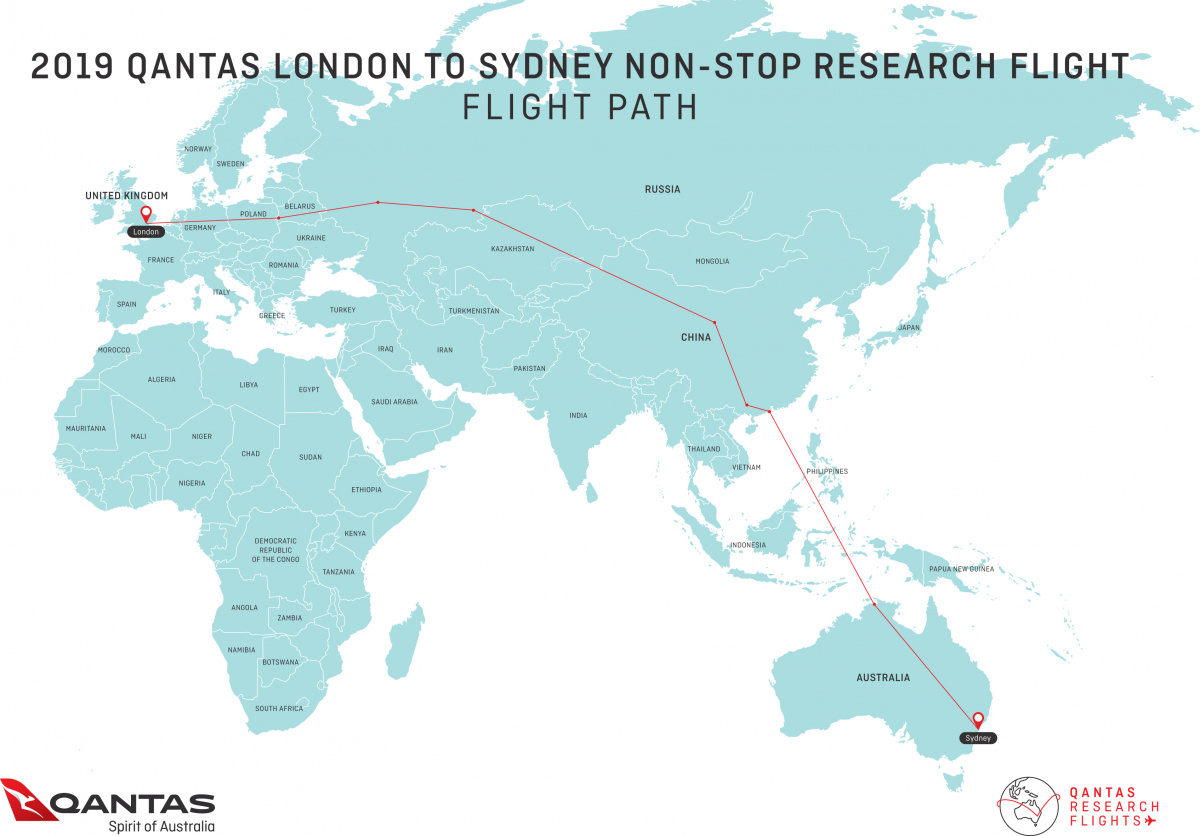 New travel, but not for everyone

Qantas’ foray into non-stop, long-haul flights will have a dramatic effect on the way we travel in the future – but it’s not one that many people will notice.

Aviation expert Neil Hansford told The New Daily Qantas would likely try to price out the lower end of travellers, and focus on its business customers.

Mr Hansford said this played into the airline’s plan to cater to that market.

He did not believe there would be many passengers booking the routes who weren’t doing it for business reasons.

“(Business travellers) will book it to have the flight over and done with,” he told The New Daily.

Before the second Project Sunrise flight departed London for Sydney last week, Qantas boss Alan Joyce said the key to the route’s success would be investing in those premium offerings.

He said the non-stop route would attract a premium between 25 and 30 per cent on top of those with stopovers.

Mr Hansford went further, and said he did not believe economy will form part of the routes’ success plan.

“Economy will not form part of the package,” he said.

“The question will be, will they still carry first class? Because you certainly don’t make money out of first class.”

He further believes Qantas will engage Airbus to make the long-haul specific aircraft, and that Airbus will leap to meet the challenge – potentially delivering the craft ahead of schedule.

From there, it will be a scramble for other operators to jump on the long-haul bandwagon, particularly vying from directs from Perth to European centres like Paris and Frankfurt, Mr Hansford said.

He believes the most likely players will be Lufthansa and Air France-KLM.

We could even see a deal between Virgin Australia, Virgin Atlantic and Etihad, which would put a squeeze on Qatar Airways and Etihad.