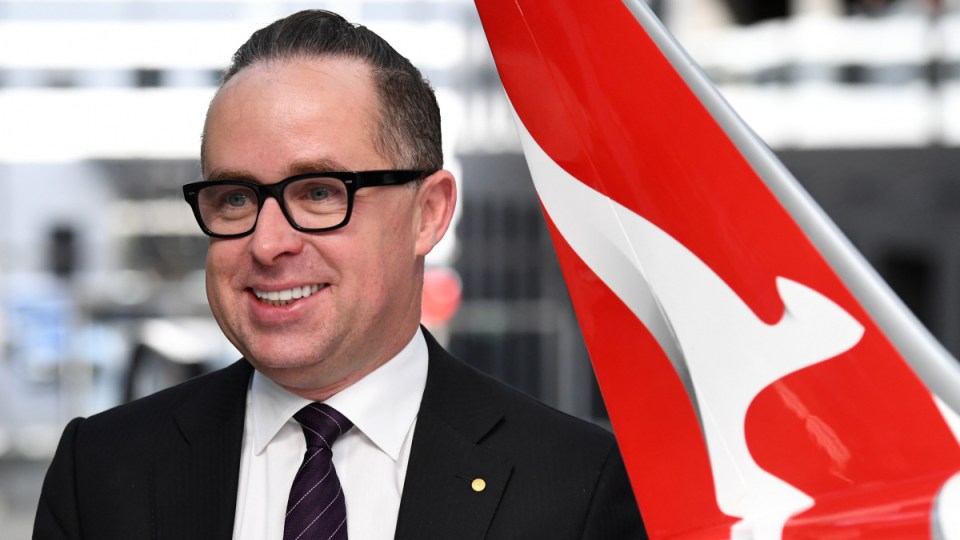 Qantas is set to replace its domestic fleet, with the airline’s boss confirming it will make an announcement on the deal by the end of next year.

The big question: which manufacturer will the flying Kangaroo choose, Airbus or Boeing?

Either route yields an expensive outlay – probably to the tune of more than $5 billion. Some of Qantas’ short-haul planes are nearing the 25-year-old mark, and will be aching for upgrades by the end of the carrier’s 10-year replacement plan.

Qantas boss Alan Joyce confirmed the 2020 decision date in an interview this week, The Age reported.

While it’s a 10-year plan, the demand for aircraft is hot, Mr Joyce said, meaning they need to make a call on what to buy and who to buy it from in order to avoid missing out on their top choice.

Both have their pros and cons, but when it comes down to it, not a lot separates the offerings, aviation experts told The New Daily.

Aircraft designer and University of New South Wales aerospace senior lecturer John Page said that from a technical point of view there was no difference between the two.

What will come into play, he said, is image and money.

“In the past Airbus have been a little more technically advanced, which has both advantages and disadvantages – more to go wrong,” Mr Page said.

“The decision will be taken on a purely economic basis, largely on who offers the better deal.

“The one proviso that may add weight to Airbus is if Qantas believes Boeing’s brand has been effected by recent events.”

Stephen Fankhauser, deputy chairman at Swinburne University of Technology’s aviation department, said the decision to replace the fleet would not be related to the recent discovery of “pickle fork” cracks in Qantas’ older 737s.

He did, however, say the toss-up clearly highlighted the carrier’s business motivators in renewing aircraft that run lower operating and upkeep costs.

This is how the Airbus and Boeing planes stack up.

The A320 is about twice as popular as its plus-1, and you’ll find it among most airlines’ fleets around the world.

The A320s that QantasLink operates carries 180 passengers, and a two-class set-up will carry 150. While there are more Boeing 737s in the air around the world than the A320, there’s been more recent orders placed for the latter.

The Airbus isn’t always a smooth ride. In August, a Swiss Airlines A220 was forced to make an emergency landing on a flight to London after parts of the plane started falling off mid-flight. All the Swiss A220s were subsequently grounded for inspection, but given the all-clear.

This year, the A380 was declared defunct, 15 years after it took off, because it’s simply too big and too uneconomical to keep running.

There’s also whispers the weight distribution on the new A320s is a bit off kilter, forcing airlines to ‘close’ certain rows on flights.

All reputational blows aside, the A320 has a wider body than its Boeing counterpart, creating space for a wider cargo door, therefore giving it a quicker turn-around on the ground when it comes to packing and unpacking.

According to SeatGuru, the A320 offers a 29-inch seat pitch (that’s the amount of space between a passenger and the back of the chair in front of them), on a 17.9-inch wide seat.

When it comes to comparing Airbuses and Airbuses, the A321 bulks an extra 35 seats in a two-class set-up.

But its extra size affects its range – clocking in about 2000 kilometres less than the A320.

You do get a bit more wriggle room in the seats, with a pitch of 31-32 inches.

Jetstar should be slapping some bright orange paint on 99 Airbus A321Neos (like the standard model, but with a more fuel efficient engine), from next year.

There’s no doubt, if you were to look at this debate from a purely press point of view, that Boeing is the underdog.

To say it’s been plagued throughout the past 12 months would be an understatement.

The grounding of the 737 MAX is in its eighth month.

Last week, the country’s aviation union told Qantas it should ground all its Boeing 737 NGs after cracks were found in a couple of the older craft. It’s an issue appearing in the model across the world.

Plus, there are rogue whistleblowers who keep dropping bombshells about inner-sanctum issues. A former Boeing quality control officer told the BBC this week there were issues with the 787 Dreamliner that could impact oxygen levels if there was a sudden decompression event.

Bad press aside, Boeing has left its mark on the skies for more than 100 years ago, outlasting at least other manufacturers who quit the construction business — names like Convair, Douglas, Vickers and Lockheed to mention only a few.

The MAX 8 lines up squarely against the A320, coming in pretty much at par on seat numbers and range. The MAX does, however, have more cargo space, which equals more revenue.

Meanwhile, the Boeing 797 is yet to be officially launched – most speculate because of the dark cloud that’s hammering a torrential rain of bad publicity on the MAXs.

It looks like a twin-aisle craft that can be configured to anywhere between 240 and 270 seats. It’ll also have more legroom and overhead storage space. The current 737s fly 174 seats.

The 797’s range is believed to be 8300 kilometres, giving it a lot of versatility in which routes it can fly, according to Airlinesratings.com.

The only factor that could hold the 797 back is it’s likely to cost a pretty penny to build and buy.