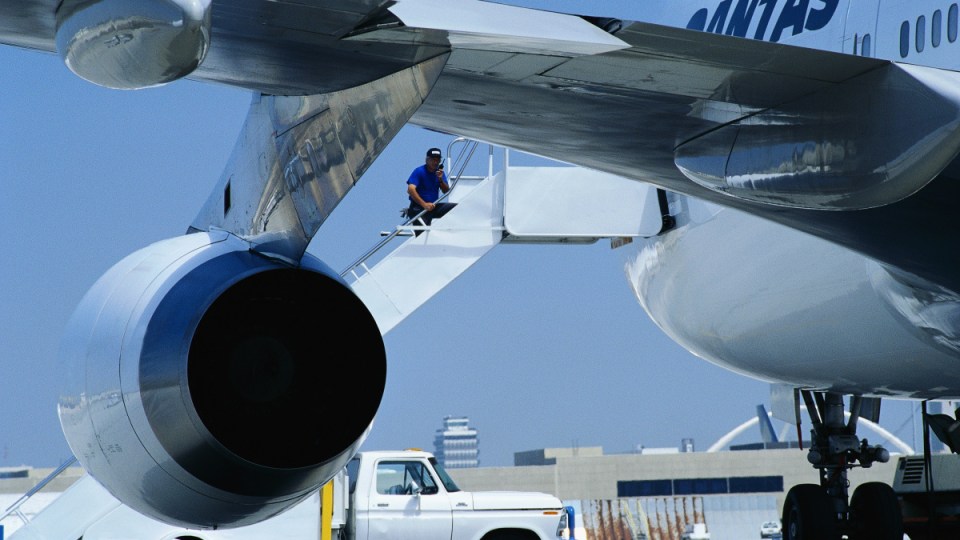 Qantas says it will check 33 jets by the end of this week. Photo: Getty

Australia’s aviation engineering union has demanded Qantas ground all of its Boeing 737-800s after the discovery of cracking to the wing structure of a second aircraft.

But Qantas has rejected the call from the Australian Licensed Aircraft Engineers Association as “completely irresponsible”.

Qantas has already said it will ground more than 30 planes this week as it steps up checks of its Boeing 737s. But it said the cracks – if present – did not compromise safety and calls to ground its entire fleet of 75 were unreasonable.

On Wednesday, the airline said it had found one example of cracking in an aircraft with just under 27,000 cycles. That plane had been removed from service for repair.

But the ALAEA said on Thursday a second Qantas 737-800 was found overnight with a “cracked primary wing structure”.

“These aircraft should be kept safe on the ground until urgent inspections are completed,” association secretary Steve Purvinas said.

“Boeing had previously thought the cracks were only occurring on aircraft with over 35,000 landings. The issue has now been identified on two Qantas aircraft with as few as 27,000 landings and Qantas are yet to inspect the majority of its 737 fleet.”

Qantas should immediately ground their 738 aircraft until they can establish each plane does not have wing cracks. #qantas #casa #FAA pic.twitter.com/Ou94powfth

But Qantas head of engineering Chris Snook said the airline would never operate a plane unless it was “completely safe to do so”.

“Even when a crack is present, it does not immediately compromise the safety of the aircraft,” he said.

Earlier in October, the US Federal Aviation Administration gave airlines a week to check 737s that had flown more than 30,000 times. The order followed concerns about the state of the “pickle fork” of that model – a part that attaches the plane’s fuselage, or body, to the wing structure.

Qantas said none of the planes in its fleet had travelled that many times. But it did find cracks on one jet (which had about 26,700 cycles) while it was undergoing routine repairs.

Jets with fewer cycles were to be inspected within the next 1000 flights.

A week later, the FAA confirmed 38 planes linked to the cracking issues had been grounded worldwide – but it would not provide further detail.

In the US, Southwest Airlines has also found cracks in a plane that had flown about 28,500 times, sources told the Reuters news service late on Wednesday.

Mr Purvinas said Qantas could inspect its fleet of 75 737s within days.

“They shouldn’t continue flying until they can establish that each aircraft is safe,” he said.

A Qantas spokesman said earlier the airline would inspect 33 planes with more than 22,600 cycles by the end of this week.

“As other airlines have done when they have found cracks, Qantas will remove aircraft from service so they can be repaired,” Mr Snook said.

“We’ll provide a further update once the checks are complete.”

Repairing the cracks requires grounding the airplane, with remedial work costing an estimated $400,000 per aircraft, according to aviation consultancy IBA.

Virgin Australia said it had already inspected all 19 of its 737 NGs with more than 22,600 cycles. It found no cracks.

The Civil Aviation Safety Authority said the cracking issue was a serious problem that needed a serious response.

But spokesman Peter Gibson said there was “no evidence” to suggest the whole Qantas fleet should be grounded.

“There’s no evidence at this point of cracks appearing in younger aircraft – obviously if they do, the inspection regime may have to be rethought,’ Mr Gibson said.

“People who fly should be very confident that this is evidence of the aviation safety system working.”