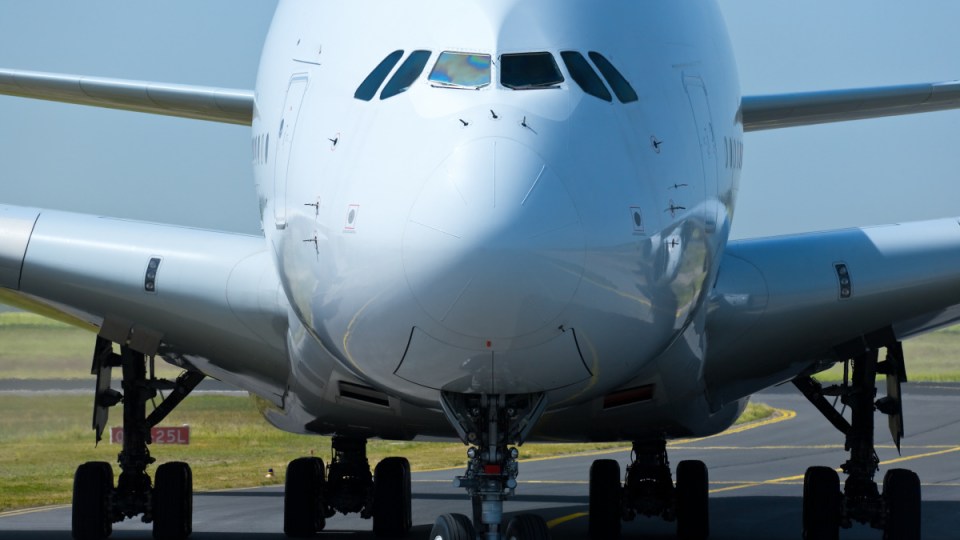 The end of the line: Airbus says it will stop making the massive A380. Photo: Getty

The A380 “super jumbo” has become a burden so super-sized that European manufacturer Airbus has called quits on its production.

The plane is simply too big to sell.

With funereal faces, Airbus chief executive Tom Enders and other executives made a stunning yet long-anticipated admission on Thursday – the A380 was wrong product at the wrong time, created to feed a demand for 800-seat jets that never materialised.

Less than 14 years after its maiden flight, barely a decade after it started carrying passengers, the super jumbo is being mothballed.

Just 17 more A380s will be completed, with production ending in 2021. Emirates, the giant plane’s last and most loyal customer, said on Thursday it was switching to smaller planes instead.

Emirates already has 109 of the double-decker, wide-body planes. It has 14 more on order.

Qantas is also done with the A380. Earlier in February, it announced it had cancelled a longstanding order for eight more A380s to add to its fleet of 12. The flying kangaroo will upgrade its existing giant jumbos by the end of 2020 – but it won’t buy any more.

The writing has been on the wall for the A380 for some time. In 2018, Qantas chief economist Dr Tony Webber said the giant plane was too expensive compared to the alternative, Boeing’s 787 Dreamliner.

“You can fly two Boeing 787s between Sydney and Los Angeles with the same fuel consumption as the A380,” he said.

With the A380’s demise of now official, unions in Britain, Spain and France fear for the 3500 jobs Airbus says might be affected.

One of the plane’s first test pilots, Claude Lelaie, said the A380 would be remembered for pushing the barriers of aviation, as the supersonic Concorde did.

“Both made history and allowed progress, technological progress,” he said from the southern French city of Toulouse, the cradle of Airbus’ worldwide operations. “That’s business – you have to ensure the success of the company.”

Development talks for the A380 began in 2000. It was intended to be Airbus’ 21st-century answer to rival Boeing’s 1960s-era 747 – and was one of the most ambitious endeavours in aviation.

Its Rolls-Royce engines were quieter than ever, far out on the extra-long wings. Carbon-fibre technology made the massive body lighter and easier to manoeuvre. The double-decker construction offered room for bars, duty-free shops and even showers.

Yet, to detractors, the A380 smacked of hubris, a vanity project by managers who saw bigger as better despite an uncertain market for a plane so huge that airports had to modify runways and gates.

It faced repeated production setbacks and cost overruns. Order cancellations led to a restructuring at Airbus that saw thousands of job cuts.

The A380 even fell foul of the Australian Transport Safety Bureau, which found planes landing behind the huge jumbo were more susceptible to wind turbulence.

In a report released on Friday, the ATSB said there were 179 incidents of wake turbulence between 2012-2016, 78 of them at Sydney Airport – and a disproportionate number related to the A380.

As a result, Sydney Airport will change how planes land on its parallel runways. But it’s too late for the A380.

Despite all that, Dr Enders said the A380 was a carefully studied gamble, rather than a flight of folly.

Airlines these days were more interested in mid-size planes for regional routes, he said. This was particularly true in Asia, where travel within the region has boomed in recent years.

Even on longer routes, airlines preferred smaller planes that were easier to fill.

Despite the A380’s prolonged and expensive development phase, chief financial officer Harald Wilhelm said Airbus expected to break even on the overall program before it was scrapped.

Airbus, which has 130,000 employees globally, is focusing on its many other planes. It will also maintain the more than 230 A380s in service for years to come.