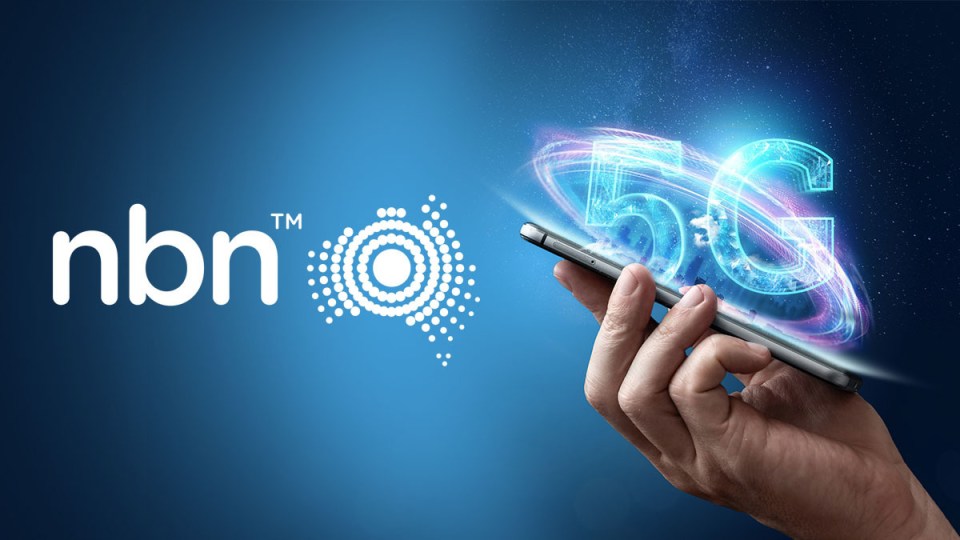 The rise of 5G has prompted the NBN Co to reconsider fibre-to-the-home. Photo: TND

Australia’s major telcos including Telstra, Optus, and TPG, have stepped up their competition to the NBN, setting their sights on capturing close to a third of the nation’s broadband market with 5G.

Telstra has acclerated the rollout of its 5G network, last week pledging that 75 per cent of the population will have access to Telstra 5G by June next year.

The telcos believe they “can get a 30 per cent share of the broadband market, and that cost would really hurt the NBN Co”, independent telecommunications analyst Paul Budde said.

This threat has forced the NBN Co to heed the pleas of experts and seriously consider the prospect of pivoting to fibre-to-the-home.

The $51 billion infrastructure project is not yet finished, with thousands of households and businesses still waiting to be connected, and millions of customers yet to switch their internet over from legacy networks.

Mr Budde criticised the NBN Co for being slow to come around to the idea of a majority fibre network, but said the mooted upgrades are absolutely the right move.

“It’s ironic that after all these years, we have the company now following what we said back in 2009,” he said.

The FTTN and fixed wireless portions of the NBN fail to meet Australia’s needs in 2020 and beyond, Mr Budde said, and replacing these connections with fibre will be good for consumers.

“There’s only one way forward and this is the way, and the earlier the better,” he said of the plans to roll out FTTP.

However, the government must “come to the party” and ensure NBN plans stay affordable, Mr Budde said.

“It has to be at an affordable price, because if [plan prices] are higher, then people are not going to take it up,” he said.

“Two years ago the government was saying that nobody would take up 50Mbps, that Australia is more than happy with 25Mbps. Now, suddenly 50Mbps has become affordable and people have flocked to it.”

RMIT University associate professor of network engineering Mark Gregory said the plan to upgrade the network was a positive one.

“NBN Co is looking to the future with an upgrade program for FTTN,” Dr Gregory said.

It is “a sound move that is backed by the cost to implement and international experience”, he said.

Dr Gregory has previously called on the federal government to “future proof the NBN” by directing NBN Co to upgrade all FTTN connections to FTTP.

These upgrades would cost about $7.1 billion, or $1500 per premises, he estimated.

“An upgrade from FTTN to FTTP is long overdue and FTTN should not have been rolled out in the first place,” Dr Gregory said.

“But now that this blunder has occurred, it is time for the government to support NBN Co as it seeks to improve customer experience and to reduce competition from 5G fixed wireless.

“The recent announcement by Telstra that it is looking to offer 5G fixed wireless means that the three mobile operators will ramp up efforts to compete for fixed broadband with the NBN.”

How we got here

In 2013, the Coalition government ditched Labor’s 2008 plan for a network of 93 per cent fibre-to-the-premises (FTTP) in favour of a “multi-technology mix” (MTM) network comprising seven different types of connections of varying quality.

The decision to use copper-based fibre-to-the-node (FTTN) connections across much of the network has been especially controversial, with telecommunications experts warning that FTTN is “not fit for purpose” in 2020.

FTTN accounts for about 40 per cent of NBN connections, but the technology has been plagued with problems.

Figures from the consumer watchdog’s Measuring Broadband Australia report show that as many as 20 per cent of NBN users with FTTN connections aren’t getting the speeds they are paying for.

“One in five consumers on these connections are still paying for high-speed 50Mbps and 100Mbps plans that are underperforming,’’ ACCC boss Rod Sims said in May.

So poor are many of these connections that telcos including Telstra have stopped offering high-speed NBN plans to FTTN customers.

In May, NBN Co launched a new “Home Ultrafast” plan for residential broadband customers, which offers maximum download speeds ranging from 500Mbps to 1000Mbps depending on the strength of connection, but the vast majority of Australians miss out.

Only 18 per cent of NBN connections have been deemed capable of delivering the speeds, including the entire FTTP footprint and an initial 7 per cent of the hybrid fibre-coaxial (HFC) footprint.

‘Sound move’: Experts back plan to upgrade NBN with fibre in response to 5G threat