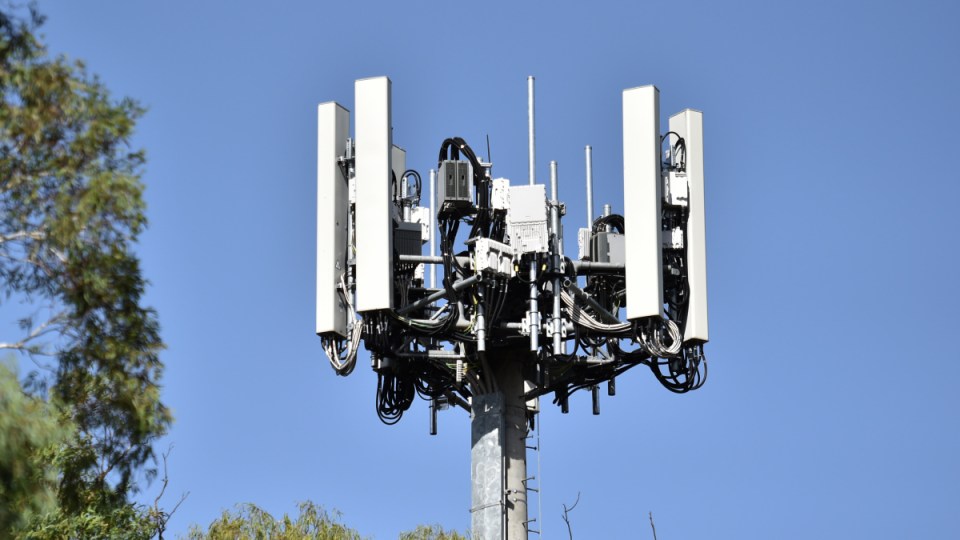 The hype around 5G continues to build, with Optus expanding the rollout of a 5G wireless broadband plan that threatens to undercut the NBN.

After a successful trial among 200 customers, Optus made 5G Home available to a further 138,000 homes on Monday.

“Whilst it’s early days, our initial 5G service has been wowing customers who are experiencing a current average speed at peak time of 164Mbps, with the top speed achieved over 5G of 400Mbps at this point in time,” Optus chief executive Allen Lew said.

‘Cheaper and faster’: How 5G Home stacks up

When asked if 5G Home is in direct competition with the NBN, an Optus spokesperson told The New Daily the two services “complement each other”.

“Some customers want a take-home service that can achieve high speed without the need for wiring up their property and 5G Home Broadband is the perfect solution for this,” the spokesperson said.

“5G will complement the NBN because customers want flexibility, whether that is a fixed line or fixed wireless access. Optus continues to invest in NBN services”.

“Priced at $70 per month, it’s the same price as Optus’ cheapest NBN plan. The key difference between the two is speed,” Mr Choros said.

Optus’s $70 per month NBN plan is configured on the NBN 50 speed tier, and Optus says customers should get around 40Mbps during peak periods (7pm-11pm).

Optus also has an NBN 100 plan billed at $100 per month, with typical speeds of 80Mbps during busy periods.

By contrast, Optus claims that customers trialling 5G Home are currently experiencing average speeds of 164Mbps during peak times, with speeds reaching as high as 400Mbps during non-peak times.

“If Optus is able to consistently deliver these same kind of speeds over 5G, its 5G home broadband offering works out to be cheaper and faster than most NBN plans,” Mr Choros said.

“Looking more broadly, NBN 50 plans tend to start at around $65 per month when you exclude promotional discounts and NBN 100 plans at around $85 per month.”

Another advantage 5G Home Broadband holds over the NBN is that it is “plug and play”.

“You don’t need to wait for a technician to get connected so you can get online the same day you get your modem,” Mr Choros said.

However, Optus 5G is “still in its infancy”, he warned, with fewer than 140,000 premises currently able to connect to the network.

By contrast, 5.9 million homes and businesses were connected to the NBN as of August, with 10.2 million ready to connect.

By next year, the NBN Co has promised to have 8.1 million homes and businesses using the service, with a further 11.7 million ready to connect.

However, experts have warned the NBN’s speed and reliability issues will only worsen as more households and businesses connect.

Australians hoping to use high-definition, cloud-based streaming services such as the newly launched Apple Arcade, or Google’s forthcoming Stadia, will need to shell out for an “upper-tier” NBN plan “assuming that’s even possible in your area”, Swinburne University of Technology lecturer Dr Steven Conway said.

In May, University of Sydney research showed that one in two households in Australia’s three biggest cities – Sydney, Melbourne and Brisbane – is being dudded with an inferior NBN connection.

In August, the consumer watchdog’s Measuring Broadband Australia report showed that 12.4 per cent of NBN consumers were experiencing speeds that rarely came close to reaching those they were paying for.

Most of those affected had FTTN connections and were paying for one of the two most expensive plans available: NBN50 or NBN100.

ACCC chair Rod Sims called for “more action from both NBN Co and retail service providers” to help “the more than one in 10 connections that simply do not perform to their plan speed”.

On Monday, the Australian Communications Consumer Action Network (ACCAN) warned that the NBN Co’s proposed wholesale pricing changes are unlikely to meet the needs and expectations of consumers.

“We know that there are approximately one million low-income households who are at risk of not switching over to the NBN due to the cost of NBN broadband plans,” ACCAN chief executive Teresa Corbin said.

“Given the substantial threat this poses to digital inclusion in Australia, we need develop a concessional broadband service as soon as possible.

“If we don’t, Australians may be forced to substitute the NBN for mobile broadband, or go without a connection entirely.”

While the NBN Co has proposed a discounted 12/1Mbps entry-level plan, Ms Corbin said the changes “do not go far enough to make the service attractive to either telcos or consumers”.

“Australians now expect their home broadband plans to include unlimited data and no quotas; these plans would very likely be a step backwards,” she said.

Numerous independent reports have shown that while mobile internet is highly affordable in Australia, broadband is not.

Recently, rankings compiled by the Commonwealth Parliamentary Library revealed that Australia places 36th – last – when it comes to broadband affordability in OECD nations.

However, the NBN Co has insisted the $51 billion taxpayer-funded network is serving Australians well.

The firm recently released a controversial report claimed that “Australia’s average broadband speed is comparable to those of peer countries” and that Australia will be ranked 10th in the world for “broadband equality” among OECD countries in 2021.

A spokesperson for the NBN Co told The New Daily the firm is “making a strong commitment to the entry-level, price-sensitive segment”.

“The changes to the entry-level bundle are providing greater choices to [retail service providers] to support more cost-conscious customers and support one of NBN Co’s priorities to ensure we continue to have strong take up.”