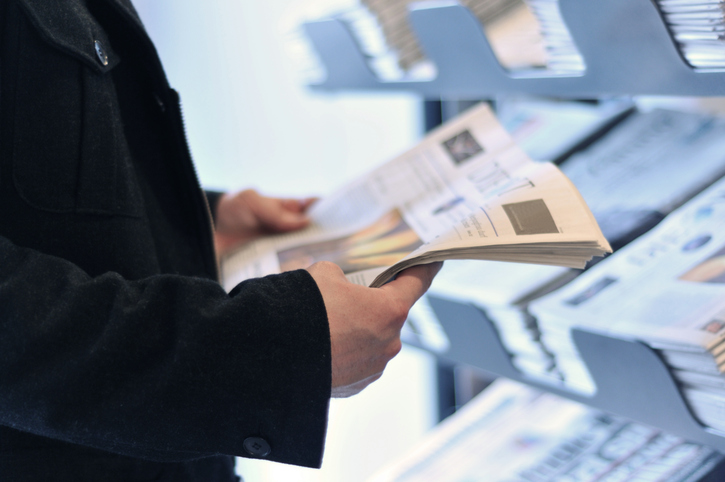 We need the media more than ever now – but the government's inaction isn't helping, Labor says.
opinion

The government announcements this week could leave Australians with the impression the media sector has been taken care of in the wake of COVID-19. Unfortunately this is not the case.

The package isn’t the shot in the arm it is made out to be and barely treats the symptoms, let alone the cause.

Australians are staying home and, between various activities, they’ll be consuming news and content created by Australian media companies.

Some will snack on news while others may binge. But on the whole people will be turning to trusted, reliable sources to stay informed about the COVID-19 pandemic.

The news media is essential at all times, but no more so than during a crisis.

With government and health advice updated daily, misinformation circulating on social media and Parliament’s sitting schedule truncated, the Fourth Estate has never been so important.

Yet never has the media done it so tough.

Announcements of the closure or suspension of news titles, mass redundancies and widespread cutbacks have come thick and fast over the past few weeks.

While demand for news media is up, advertising revenue has fallen off a cliff faster than you can say “coronavirus”.

This is compounded by the fact Australian media was already in crisis before COVID-19.

More than 100 local and regional newspaper titles had closed in the last decade, media diversity in regional and remote areas was at or below the minimum number of ‘voices’ in 68 per cent of licence areas, multiple local television stations had closed their doors and the closure of AAP had been announced.

As Australia confronts a double-headed health and economic crisis, our media has a third element to contend with: an outdated media framework in a market transformed by digital platforms.

When this third-term Coalition government first took office in 2013, they knew Australia’s media laws were broken.

The regulator had said so and industry had told them.

The government itself decried the law as ‘analog era’ but failed to provide a digital era replacement.

The government left the hulking analog framework in place and didn’t address the main game around new services, the shift in advertising revenue and the uneven playing field.

The same goes for the screen sector. Three years after the government started a review of the Australian and Children’s Screen Content rules, they’ve only now just managed to release an options paper for consultation, let alone enact a new framework that recognises streaming services.

After nearly seven wasted years, this government is now scrambling to play catch up on a regulatory to-do list a mile long.

To much fanfare, the government released its response to the recommendations of the ACCC’s Digital Platforms Inquiry in December 2019.

They didn’t support all recommendations for the media, and their so-called ‘Reform Roadmap’ makes no clear reference to modernising measures around regional broadcasting, among other glaring omissions.

The reality is that titles are closing and job losses are occurring now, yet the funds won’t flow for some time.

Meanwhile certain media outlets like The New Daily doesn’t even qualify for the fund in the first place, a number of media companies don’t quality for JobKeeper, and there’s no clarity around how or when funds under the minister’s rebadged Public Interest News Gathering program will flow, or whether it will be enough.

In the case of our independent production sector, it seems to be a case of ‘who cares?’ from this government, with the minister suspending content obligations for the foreseeable future – a decision with far-reaching consequences across Australia’s content ecosystem, and one he trivialises as mere ‘red tape relief’.

Meanwhile systemic challenges remain and also must be addressed.

The government must recalibrate and deliver its responses to the recommendations of the ACCC’s Digital Platforms Inquiry in a timely manner in a world changed by COVID-19.

This means being ready to intervene with a mandatory code to support news media companies being paid for their content on digital platforms, in the event progress on a voluntary code is inadequate.

More fundamentally, it means modernising the policy and regulatory framework to foster a sustainable media sector and the creation of news and Australian content that Australian citizens and consumers expect and rely on.

The media is not a sector that should ‘hibernate’ during the pandemic.

But it will not sustain the inaction of this government much longer.

With the prospect of regional areas becoming news deserts, it’s well past time this government just did its job.

Now is not the time for the media to hibernate – but it needs help, Labor says