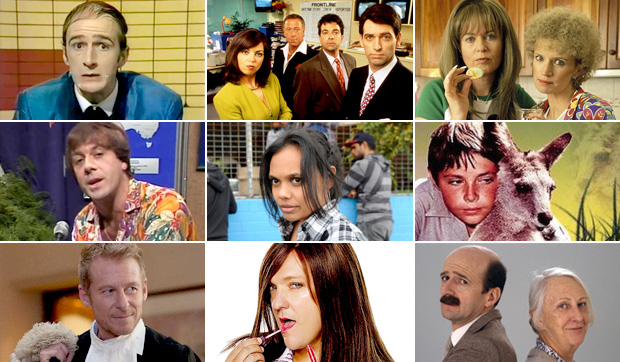 Australia has a solid screen industry – it would be a shame to see it disappear. Photo: TND

The joys of classic Australian television like Skippy and the favourite of children today – Bluey – are at risk of never being recreated for future generations, a screen industry expert warns.

No industry is coming through the coronavirus pandemic unscathed, and Australia’s media and entertainment industry is no different.

Newspapers that have been pillars of their communities for decades are ceasing print for the first time ever, as advertising spend dries up.

Soap opera favourites Home and Away and Neighbours have shut down production, with an uncertain return date.

For years, Dr C-Scott and other industry experts have urged the government to introduce Australian-content quotas for streaming services, just as they exist for commercial broadcasters.

Here are all the hand signals you need to know to play #Army 👍✋☝️👉 Perfect for talking to each other, without talking! #Bluey #army #series2

Because streaming giants like Netflix, Stan and Amazon are able to show content from wherever they want, it’s stunting the Australian industry, Dr C-Scott said – they’re not bolstering the funding for more Australian stories to be told through the screen medium.

“We’re losing Australian culture. No one else can tell Australian stories like Australia,” Dr C-Scott said.

“You think of something like Skippy or Bluey – it’s just so Australian, it’s a reflection of our culture.”

It also puts us squarely in the sights of international broadcasters as an easily target; a market ripe for overtaking.

No content quotas means no extra production dollars need to be accounted for by internationally owned streaming services: They can launch a product and broadcast American or British content they already own the rights to, and sit back and watch the subscription dollars roll in.

It further jeopardises our commercial television broadcasters, which do have to hit quotas.

Already feeling the pinch of the growing video-on-demand market, commercial broadcasters could shut up or sell up shop.

“We could find ourselves with three US-owned networks, not just one,” Dr C-Scott warned. (That one is Channel Ten, which is owned by CBS.)

There was some hope last year the quotas much-longed for by the industry would finally come to fruition.

Communications Minister Paul Fletcher hinted in July he may well look to “level the playing field” by smoothing out the rules around quotas across commercial networks and streaming platforms.

“Today, the free-to-air networks have an obligation to show a certain amount of Australian content. They’ve got to pay to produce that or acquire that,” he told the ABC’s Insiders program at the time.

“But streaming platforms like Netflix or YouTube don’t have such obligations, even though they’re capturing a huge number of eyeballs in the Australian market.”

On Wednesday, Mr Fletcher stood up to announce the government’s relief package for the country’s journalism and media landscape.

The four-pronged attack included the immediate scrapping of content quotas for the rest of 2020, with a review into 2021 – including drama, children’s and documentary programming on free-to-air and subscription TV. (Subscription service Foxtel also has to adhere to quotas.)

“It remains critically important that we have Australian voices on Australian TV, so there will be no change to the requirement for broadcasters to meet an overall 55 per cent Australian content obligation,” Mr Fletcher said.

“It has been evident for some time – and the COVID-19 crisis has made it even more obvious – that this is not sustainable.

Mr Fletcher launched an options paper (you can check it out here) that will be taken to various stakeholders over the next eight weeks for discussion.