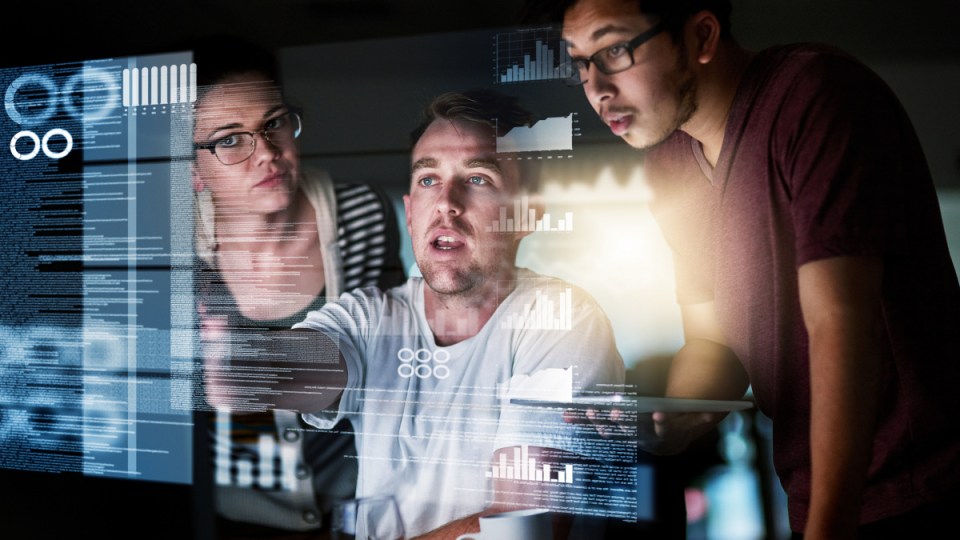 Australian workers could end up thousands of dollars richer each year by quitting their jobs and reskilling to enter the technology industry, new research has revealed.

The nation is to poised to undergo a tech jobs boom over the next five years, a report launched by Treasurer Josh Frydenberg on Thursday claimed.

The news comes as Australia’s economy goes from bad to worse, posting the slowest annual growth since the year 2000, with the prospect of a jobs boom offering a sliver of hope for workers frustrated by continuing wage stagnation.

An estimated 100,000 new information technology (IT) roles will be created by 2024, bringing the total to about 792,000, the report titled Australia’s Digital Pulse 2019 and commissioned by the Australian Computer Society (ACS) said.

While reskilling into the IT industry could give the average Australian worker an $11,000 salary increase, the nation is likely to struggle to find workers with the skills to meet the oncoming tech jobs tsunami, the report warned.

The vocational education and training (VET) sector has seen IT interest plummet, with a decline of 11,875 IT subject enrolments between 2016 and 2017.

University completions in technology rose slightly to just under 6000 over the same period.

Will Australia surf the tech wave, or drown?

While a tech jobs surge would be an economic boon, experts and industry leaders have cast doubt over Australia’s ability to compete with more technologically advanced countries.

Leading experts have warned that the taxpayer-funded National Broadband Network (NBN) is both slow and expensive, and is failing to deliver for consumers and the economy.

“The downstream effect is that entrepreneurs will leave Australia, and businesses won’t want to store data here or use our network because it’s too expensive and not good enough,” Dr Gregory said.

In August, Telstra boss Andy Penn warned that Australia must equip itself with the right telecommunications infrastructure and government policies to ride the oncoming technological tidal wave “or be drowned by it”.

University of Sydney telecommunications infrastructure expert Tooran Alizadeh said that the NBN will be at the heart of what “makes or breaks” Australia, both from an economic and societal perspective, over the coming decade.

“Our track record for building hard infrastructure hasn’t been the best,” she said.

In July, a report by the Australian Council of Learned Academies (ACOLA) found that Australia is yet to have a robust public debate on what is tipped to be the 21st century’s most transformative technology, Artificial Intelligence (AI).

At its best, AI has the power to enhance Australia’s wellbeing, lift the economy, improve environmental sustainability and create a more equitable, inclusive and fair society, the report said.

However, the risks posed are profound, including mass unemployment, rampant cyber crime, and the development and deployment of AI-enabled weapons.

The report’s authors called for serious public debate on the type of AI-enabled future Australians want, warning the future impact of AI on our society will be determined by the decisions we make today.

Two-thirds of new jobs created by 2023 will be in four sectors, analysis of Department of Jobs and Small Business data by research firm McCrindle revealed earlier this year.

The industries set to experience job growth are largely driven by demographic changes rather than just technological advances, McCrindle found.

Factors that will influence the type of jobs available in the future include Australia’s ageing population, increased demand for housing and infrastructure as a result of population growth, and the growing number of school-aged children and tertiary-aged adults.

The top four industries projected to make up 66.4 per cent of total employment growth over the next five years are:

Disease concern for survivors of Afghanistan earthquake
Steve Smith confirmed as starter for first Test against Sri Lanka
Deadly Norway shooting treated as Islamist terrorism: Police
Matildas will be keen to forget 7-0 drubbing by Spain
Upcoming stats will reveal where and how hard rates are hitting economy
Victorian MPs pocket a tidy 2.75 per cent pay raise
Apple iPhones could have been hacked for years – here’s what to do about it
Today's Stories

Australia is on the brink of a tech jobs boom, but lacks the workers and infrastructure