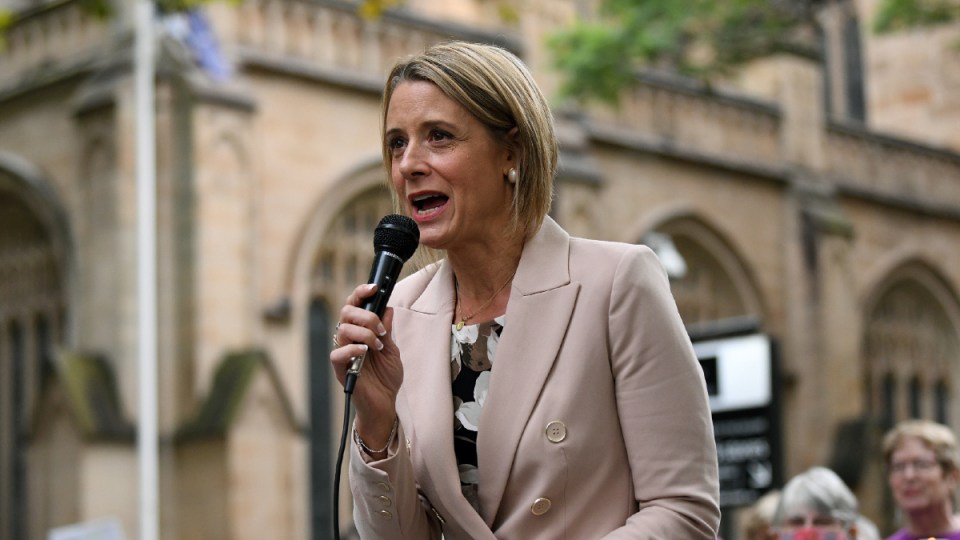 Shadow home affairs minister Kristina Keneally has described a government plan to boost skilled migration during a period of high unemployment as “laughable”.

In an interview on the ABC’s Insiders program on Sunday, Senator Keneally said the recommendations of the Joint Standing Committee on Migration would only make sense if they were handed down on April Fools’ Day.

“What do these Liberal members of this committee want to do? They want to make it easier to bring in foreign workers to work as carpenters and electricians and hairdressers and motor mechanics and cooks and chefs,” Senator Keneally said.

“It is almost laughable the extent to which the Liberal DNA comes to the fore – their response is to go to foreign workers and to leave Australian workers behind.”

Among other things, the committee recommended reserving places on flights and in quarantine for skilled migrants, and watering down requirements for labour market testing so that small businesses no longer have to assess whether there are enough Australians to fill a position before hiring a foreigner.

Another suggestion of the committee’s was to expand the Priority Migration Skilled Occupation List, which determines the occupations that are prioritised in employer-sponsored visa applications, to include chefs, vets, seafarers, and cafe and restaurant managers.

The aim of the recommendations is to help businesses find workers with relevant skills, with business groups in New South Wales complaining that more than half of the state’s employers are currently experiencing skills shortages.

Committee chair and Liberal MP Julian Leeser told The Australian on Thursday that boosting the skilled migration intake would create jobs for local workers and allow for the sharing of skills and experiences.

“Skilled migrants make jobs for Australian workers. Even with the unemployment figures coming down, employers have told us there are significant numbers of job vacancies they cannot fill because of the skills shortage,” he told The Australian.

A day later, Restaurant & Catering Australia CEO Wes Lambert backed those claims, saying there are more than 10,000 job vacancies for chefs and restaurant managers and some businesses will shut down if they are unable to fill them.

But Senator Keneally said on Sunday the committee was putting the interests of employers and skilled migrants before those of local workers.

She said the Morrison government should focus on equipping the more than two million unemployed and underemployed Australians with the skills required to fill job vacancies rather than taking the easier route of importing workers that already have the relevant competencies.

Yet, in the eyes of UNSW economics professor Richard Holden, the political debate over skilled migration was a misleading one.

Professor Holden said it was “disappointing” that politicians often made it sound as though investing in local training and bringing in skilled workers were mutually exclusive.

He told The New Daily that making sure Australians have the necessary skills to thrive in the modern economy was a medium-term solution to the skills gaps, while bringing in skilled migrants was a perfectly valid short-term solution.

He agreed with some of the report’s recommendations but also wanted to see greater investment in TAFEs and vocational education.

“I think labour market testing is problematic and particularly ineffective,” he said when asked about the proposal to water down these requirements.

“It ends up slowing down hiring processes a lot, and it’s unclear that it really ends up identifying genuine sources of need … and I think businesses are in the best place to answer that question.”

Professor Holden added that businesses would “obviously [prefer] to employ Australians of an equivalent skill level”, as there were fewer hoops to jump through and overseas workers typically took time to settle in and sometimes didn’t stay for long.

In an opinion piece for The Age and Sydney Morning Herald in May, Senator Keneally said Australia’s migration program after the pandemic should not have the same size and composition as before it.

She argued that, since John Howard, governments of all stripes had relied on high levels of immigration to drive economic growth and on temporary migration in particular.

“The shift to temporary migration means that our migrant intake is younger and lower skilled than it used to be, and this does not help our kids as they join a labour market with 11 per cent youth unemployment,” she wrote at the time.

“Our post-COVID-19 economic recovery must ensure that Australia shifts away from its increasing reliance on a cheap supply of overseas, temporary labour that undercuts wages for Australian workers and takes jobs Australians could do.”

In a written statement to The New Daily on Sunday, ACTU president Michele O’Neil said skilled migration should only be targeted at areas where genuine skill shortages exist and should not enable the exploitation of migrant workers.

“With youth unemployment – especially in regional areas – at crisis levels, it is irresponsible that the Morrison government is not investing in local jobs or even ensuring that there is suitable labour market testing as part of our skilled migration program,” she said.

It came after the Australian Bureau of Statistics revealed on Friday that the unemployment rate in February had fallen from 6.3 per cent to 5.8 per cent, with more Australians in jobs now than before the pandemic.