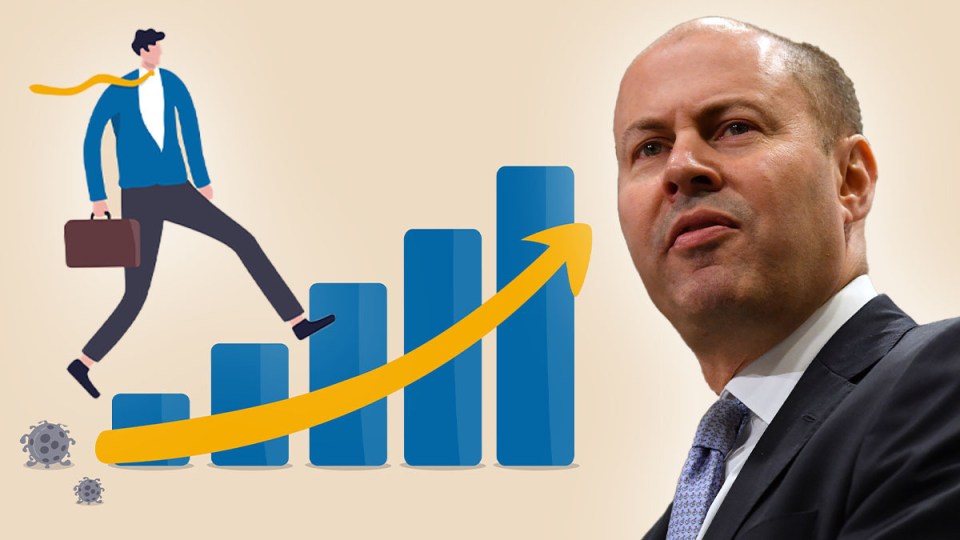 Economists were left stunned on Thursday when the Australian Bureau of Statistics revealed 4000 more people had jobs in February than before the pandemic.

It marked the fastest recovery from a recession in Australian history, but economists said it’s too early to pop the champagne as too many Australians are without jobs and many more can’t get enough hours.

“[The recovery] will be bumpy,” Treasurer Josh Frydenberg told reporters in Canberra.

“The economy will continue to go through the transition, but just as JobKeeper ends the Morrison government’s economic supports will continue.”

Underemployment – which measures the number of employed, working-age adults who would like to work more hours than they currently are – also rose by 56,000 workers in February, hitting 8.5 per cent.

That flattened the recovery in labour underutilisation (underemployment plus unemployment), which is 0.4 percentage points above pre-pandemic levels and still too high to deliver meaningful wages growth.

Economists are now asking two key questions: How much further will the jobs market recover in 2021? And how far must unemployment fall before workers start seeing their first decent pay rise in more than a decade? “The jobs recovery will slow from here. It’s been very much boosted by the extent of government support,” Mr Richardson told The New Daily.

The good news is, while economists expect anywhere from 110,000 to 250,000 jobs to go when JobKeeper ends on March 28, today’s result puts us in a better position to deal with the fallout, Mr Richardson said.

The dangers around JobKeeper ending for the wider economy are much smaller than people think,’’ Mr Richardson said.

But what workers will want to know is how long it will take for their wages to start increasing faster than the current record low of 1.4 per cent a year – and the news there isn’t good.

Economists have been busy resetting expectations around wages growth of late, warning that despite a strong economic recovery we’ll need to achieve record low unemployment rates before workers get a decent raise.

“Whatever you thought the target [unemployment rate] was a couple of decades ago, there’s a good chance it’s a [full] percentage point lower now,” Professor Borland, a Melbourne University academic, told TND.

“If you’re going to keep the unemployment rate as your target then you need to adjust it down.” But we haven’t had an unemployment rate as low as 4 per cent since 2008, and the RBA doesn’t expect it to reach that low at any point over the next four years.

That means it will be quite a while before pay packets lift, even as the jobs market roars back from the pandemic.

And other factors related to globalisation are also making decent wages growth more elusive for workers. In fact, Indeed APAC economist Callam Pickering doubts that wages growth will occur at all, unless the government abandons its plan to scale back its stimulus.

“If the federal government isn’t willing to spend, and spend big, there’s very little the Reserve Bank can do right now to facilitate the economic outcomes they want,” Mr Pickering told The New Daily.

In the absence of fiscal policy I just don’t think [wages growth] is a likely scenario.’’

The government has pledged to prioritise budget repair over stimulating the economy when the unemployment rate is “comfortably below 6 per cent”.

But on Tuesday Mr Frydenberg said we hadn’t reached that point yet.

Faced with criticism it is withdrawing economic support too soon, the government has cited its recently unveiled $1.2 billion aviation package and last year’s income tax cuts as evidence of continuing support for the economy in coming months.

But the dollar value of stimulus will decline by about $2.5 billion a month when JobKeeper ends – and Professor Borland warns the government may need to put off repairing the budget until the unemployment rate is much lower than it is now.

“We should wait until we get much closer towards 4 per cent [unemployment] before we shift towards stabilising and reducing debt,” he said.