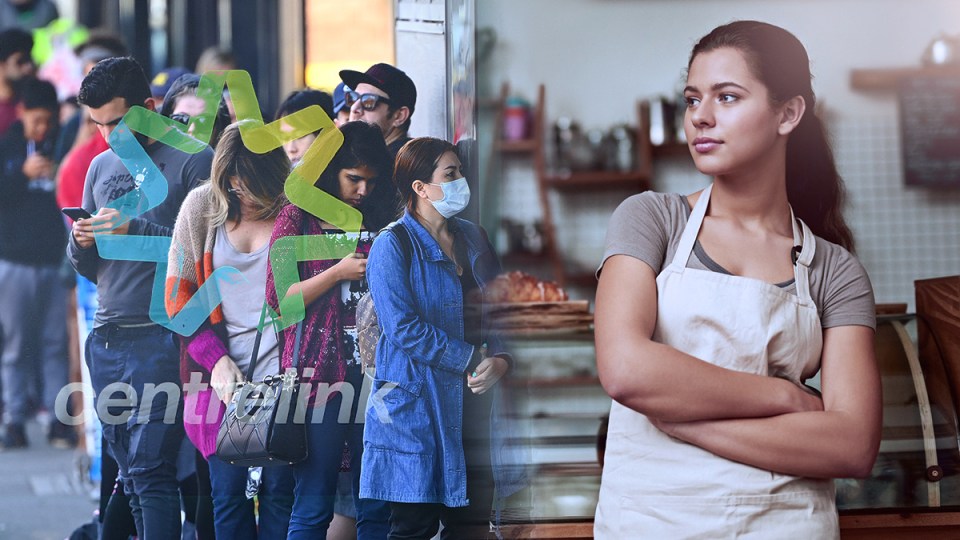 The federal government is being urged to pass new laws requiring small businesses to be paid within 30 days, following reports of larger firms exploiting the virus to delay making payments.

The recommendation was one of seven in a new report by the Australian Small Business and Family Enterprise Ombudsman Kate Carnell.

After ABS data revealed more than three million Australians lost working hours and 390,000 lost their jobs in March, Ms Carnell told The New Daily she was calling on the federal government to follow the UK’s lead and introduce laws mandating 30-day payment periods for small businesses.

Too many large companies are acting in bad faith and pushing back payment times for up to four months, she said.

And some are using the coronavirus as an excuse to delay payments, which is pushing struggling small businesses to the brink of collapse.

“What we’ve found is, the voluntary code that was put forward by the Business Council of Australia a few years ago just hasn’t worked,” Ms Carnell said.

“Many large businesses are paying really slowly – and unfortunately many of them are using COVID-19 as an excuse to push payment times out even further.”

Although Ms Carnell acknowledged that the virus had affected many large businesses, she said reduced cash flow was the single biggest reason for small businesses going under.

A 2019 report by accounting firm Xero found that 53 per cent of all payments from large firms to small businesses were paid late – amounting to $115 billion of invoices paid an average of 23 days after they should have been.

“So what we want to see is more of what the Department of Defence is done, which is to say, ‘we’re going to pay everyone in two days, we’re going to get the money out the door so you can get a real injection into the economy’,” Ms Carnell said.

Asked whether government needed to fast-track JobKeeper payments to support struggling small businesses, Ms Carnell said rules restricting payments to only one partner in businesses structured as partnerships must be changed.

But she told The New Daily that government’s decision to open up the coronavirus SME loan scheme to non-bank lenders such as Prospa, Liberty Financial and Moula would somewhat offset JobKeeper-related cash flow concerns, as these companies were used to acquiring unsecured loans in a timely manner.

“The ATO, I believe, has money starting to flow out of the door by May 6, so it’s only a week – and it’s certainly true that there are a number of programs available to small businesses.”

One of the worst downturns in history

Meanwhile, the ABS revealed on Monday that roughly 3 per cent of people who had a job at the beginning of March no longer had one by early April.

The survey also found that the proportion of adult Australians working paid hours dropped 8 percentage points – from 64 per cent to 56 per cent – and 26 per cent, or more than three million people, were working fewer hours.

Although the ABS said the findings were not directly comparable with official unemployment data – which is based on a more comprehensive list of survey questions – an increase of 3 percentage points in the official jobless rate would have taken it above 8 per cent.

It would mean more than 390,000 people lost their jobs after the national cabinet banned international travel and restricted cafes and restaurants to takeaway services – taking the overall number of jobless Australians well above one million.

Economists said the official jobless figures did not reflect real-life experience, as the data only described the first two weeks of March, before the hospitality industry was forced to shut its doors to the public.

The latest ABS results are much closer to community expectations.

Treasury has forecast unemployment to hit 10 per cent in the next three months, and Westpac economists expect it to peak at 9 per cent during the same timeframe.

But the Grattan Institute took a more pessimistic stance in a report released on Sunday.

The think tank’s economists believe Australia is headed for its worst economic shock since the Great Depression of the 1930s – arguing that “between 14 and 26 per cent of Australian workers could be out of work as a direct result of the coronavirus shutdown”.

“If our estimates are even close to accurate, Australia is facing either the worst or one of the worst economic downturns in its history. And there could be a ‘second wave’ hit to the economy even after the immediate health threat eases,” said report authors Brendan Coates, Matt Cowgill, Will Mackey and Tony Chen.

“History tells us that recovery from periods of high unemployment is rarely fast.”