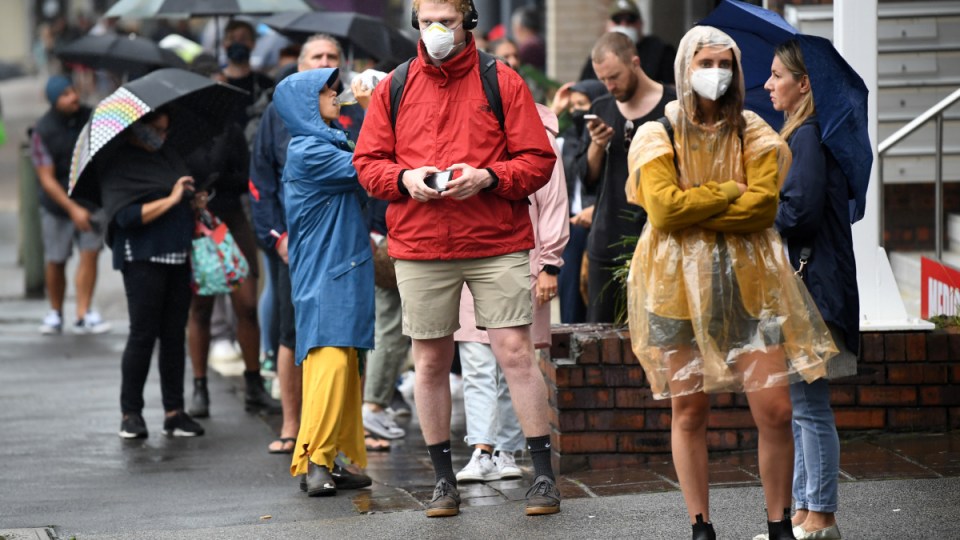 A new ABS survey has shown how coronavirus is affecting jobs. Photo: AAP

Unemployment might have already risen above 8 per cent, according to ABS data, meaning more than one million Australians could be jobless.

The bureau’s first weekly survey on the impacts of COVID-19 on households found roughly 3 per cent of people who had a job at the beginning of March no longer had one by early April.

The survey also found that the proportion of adult Australians working paid hours dropped 8 percentage points – from 64 per cent to 56 per cent – in the same period, and more than a quarter (26 per cent) were working fewer hours.

Although the ABS said the findings were not directly comparable with official unemployment data – which is based on a more comprehensive list of survey questions – an increase of 3 percentage points in the official jobless rate would have taken it above 8 per cent. (In February, the jobless rate was 5.1 per cent.)

It would mean more than 390,000 people lost their jobs after the national cabinet banned international travel and restricted cafes and restaurants to takeaway services – taking the overall number of jobless Australians well above one million.

The data is in stark contrast to the official ABS labour force figures, which showed unemployment rising just 0.1 percentage points in March.

Economists said the official jobless figures did not reflect real-life experience, as the data only described the first two weeks of March, before the hospitality industry was forced to shut its doors to the public.

The latest ABS results are much closer to community expectations.

Treasury has forecast unemployment to hit 10 per cent in the next three months, and Westpac economists expect it to peak at 9 per cent during the same time-frame.

The Grattan Institute, meanwhile, took a more pessimistic stance in a report released on Sunday.

The think tank’s economists believe Australia is headed for its worst economic shock since the Great Depression of the 1930s – arguing that “between 14 and 26 per cent of Australian workers could be out of work as a direct result of the coronavirus shutdown”.

“If our estimates are even close to accurate, Australia is facing either the worst or one of the worst economic downturns in its history. And there could be a ‘second wave’ hit to the economy even after the immediate health threat eases,” said report authors Brendan Coates, Matt Cowgill, Will Mackey and Tony Chen.

“History tells us that recovery from periods of high unemployment is rarely fast.”

The ABS household survey – which interviewed 1059 people by phone between March 31 and April 6 – also explored how Australians have reacted to the government’s social distancing measures.

It found that almost all Australians were keeping their distance from others (98 per cent), while the vast majority were avoiding public spaces and events (88 per cent) and cancelling plans with friends and family (87 per cent).

Among other things, it also revealed more than two-thirds of Australians (68 per cent) were concerned about their health as a result of the coronavirus; roughly one in 10 (11 per cent) had already had their flu shot; and almost half (49 per cent) were touching their face less than usual.