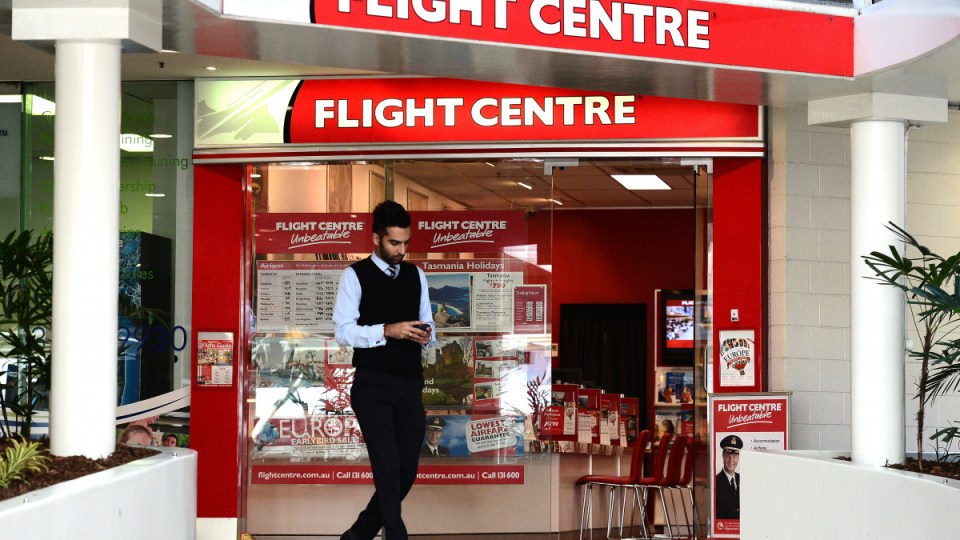 Australia’s travel industry is recovering from the pandemic faster than expected as people rush to enjoy their new-found freedom to fly across state and international borders.

Flight Centre told the local sharemarket on Tuesday that it had revised down its forecast loss for the previous financial year by 11.9 per cent and now expected to break even over the six months to June 30, 2022.

The better-than-expected result came just a month after Qantas Group revealed it had slashed its net debt by $1.5 billion in just six months.

In a statement to the ASX, Flight Centre said it had returned to monthly profitability at the end of the financial year and was now transacting similar values on a monthly basis to that which it transacted before the pandemic.

Unaudited financial accounts show the company made more than $10 billion worth of transactions last financial year, more than two-and-a-half times the $3.95 billion it had transacted the year before.

The travel agency said the sharp increase in its total transaction value was down to an uplift in demand and higher-than-normal ticket prices caused by airlines reducing their capacity.

It said demand surged after the Omicron wave abated and governments relaxed or removed restrictions that had grounded most non-essential travel since the start of the pandemic.

“After an incredibly challenging period, we were pleased to achieve our goal of returning to monthly underlying EBITDA (earnings before interest tax, depreciation and amortisation) profitability in both the corporate and leisure sectors late in the year,” Flight Centre managing director Graham Turner said in a statement.

“The scale of our recovery exceeded our initial expectations and meant that we should now exceed our preliminary FY22 result target, with early trading results pointing to a break-even second-half result and a healthy four-quarter profit (underlying EBITDA).”

Flight Centre’s strong results are another sign of the post-restriction surge in demand that has overwhelmed airports and airlines and subsequently led to a wave of customer dissatisfaction.

Travellers have been subject to massive queues and higher rates of lost baggage and more frequent delays – prompting them to complain en masse on social media.

Travellers were again met with huge queues at Sydney Airport on Monday morning, as heavy fog affected flights and a technical glitch temporarily shut down one security lane in the domestic terminal. 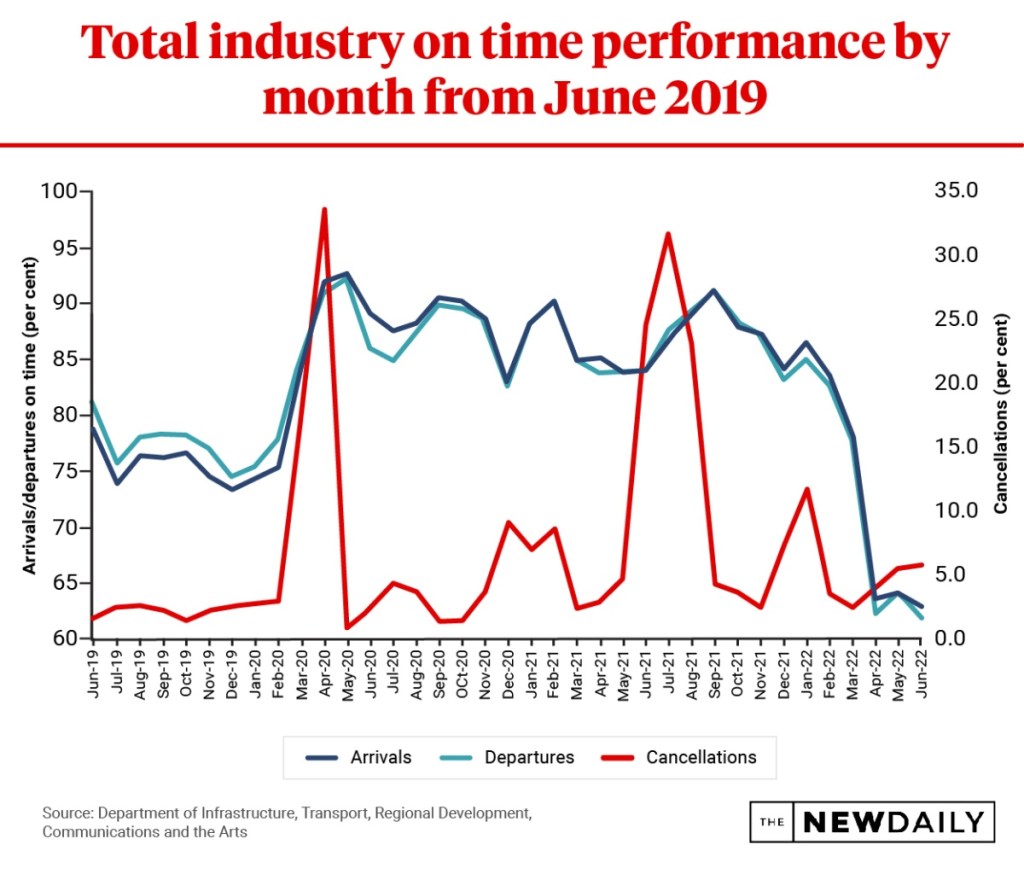 Public outcry over Qantas’s poor performance has been so fierce that the Transport Workers Union has called for CEO Alan Joyce to resign.

Critics argue the airline should have been better prepared for the foreseeable surge in demand and only has itself to blame for staffing shortages after laying off thousands of workers earlier in the pandemic.

In an opinion piece posted to the Qantas website, Qantas domestic and international CEO Andrew David said that while some of the criticism levelled at the national carrier was fair, much of it failed “to take into consideration what’s happening across the industry here and around the world”.

Mr David said high COVID-19 and influenza case numbers were making it even harder to put on enough staff at a time of near-record-low unemployment.

“Restarting an airline after a two-year grounding is complex and aviation labour markets, as with many others, are extremely tight,” he said.

“Compounding that is the fact that COVID cases are steeply on the rise again at the same time as the winter flu season.

“Some have pointed to Qantas’ decision to outsource ground handling as a key reason the restart has been hard. This is not true.

“We had completed the ground handling changes before Easter 2021 when domestic travel was back to almost 100 per cent, and we didn’t have the issues we had at Easter this year.”