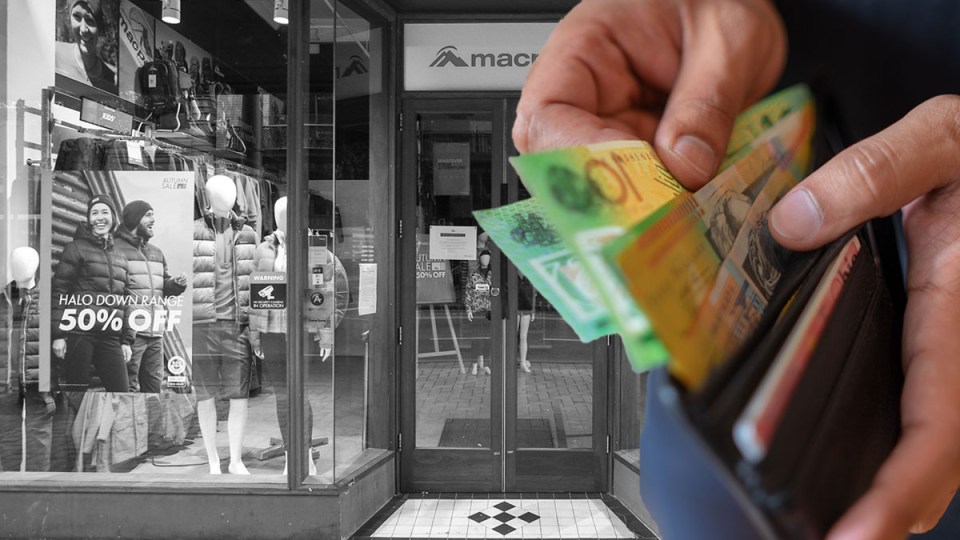 Your favourite retailers are still basking in the post-pandemic glow as cashed up households continue spending at higher levels than usual.

Retail sales rose 1.1 per cent to $31.04 billion in April, preliminary Australian Bureau of Statistics data published on Friday revealed, after rising 1.3 per cent in March.

The result surprised economists, who expected a 0.5 per cent increase.

Sales were up a whopping 25.1 per cent on last year, when most of the country had finished panic buying and was settling into lockdowns.

But Australia’s retailers are ahead of where they would be if COVID-19 hadn’t happened, with cashed-up households shopping locally instead of taking overseas holidays due to the international border remaining closed.

In other words, Fortress Australia is delivering – at least for our retailers.

“Spending has held up impressively despite the end of JobKeeper towards the end of March and the short-term lock down in [WA].”

“Normally retail wouldn’t have that support because people would be able to travel,” Dr Hunter told The New Daily.

“[The border closure] is really providing extra support that would not normally come through for businesses.”

“All industries except department stores rose, with similar rises for cafes, restaurants, and takeaway food services, household goods retailing, and other retailing,” Mr James said in a statement on Friday.

The rise in household goods sales is welcome news for Harvey Norman and JB Hi-Fi, after spending fell 0.07 per cent in March.

Department stores’ weakness might be seen as a sign the shine is coming off the post-pandemic spending splurge, but the likes of Myer and David Jones did see a very large 8.4 per cent increase in March.

Kristina Clifton, senior economist at Commonwealth Bank, said April’s retail spending was “solid”, particularly in NSW and Victoria, where sales rose 2 per cent on the month – offsetting a 1.5 per cent fall in WA.

“The NSW Government’s Dine and Discovery vouchers look to be working, with eating out in NSW rising by more than the national average,” Ms Clifton said in a research note on Friday.

“Eating out has been the slowest of the major categories of retail trade to recover from the pandemic, but following April’s lift it is now above where it was pre-COVID.”

Interest rates are at record lows, the government has pumped billions of dollars into household balance sheets during the pandemic, and perhaps most importantly, what else are people going to spend up on?

The international borders are closed, which means overseas holidays are out, unless you’re headed to New Zealand, while many services businesses are only just getting back on their feet after the pandemic.

That leaves the local shopping centre, at least for the 90 per cent of retail spending that’s still occurring in physical stores.

Economists have previously estimated that the international border closure is a net benefit to the Australian economy, resulting in over $40 billion in additional spending occurring locally each year.

How long will it last? That’s a bit harder to say, but the international border is probably going to be closed until 2022, according to the PM.