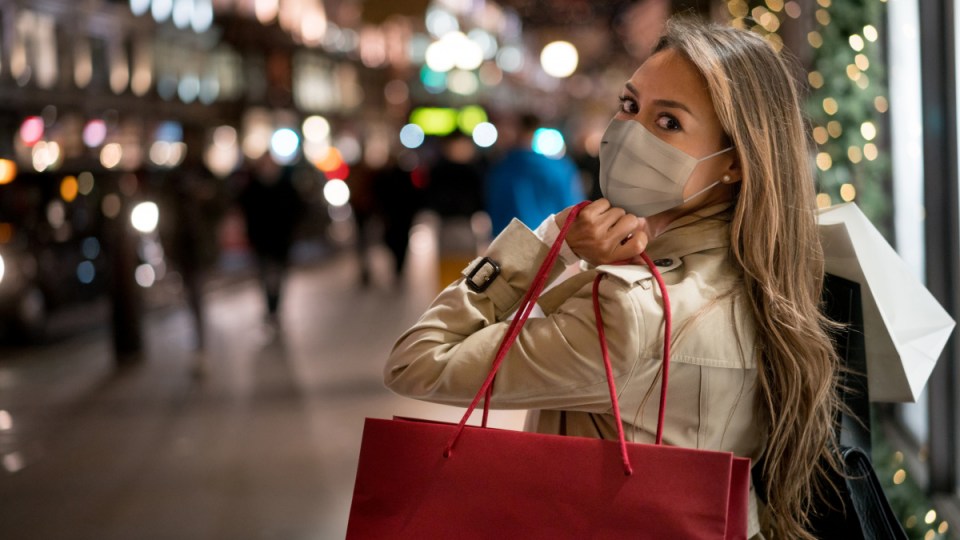 Retailers are holding out hope for a busy Christmas. Photo: Getty

Shoppers have tightened their purse strings in what economists have described as evidence of a “slow and bumpy” recovery. But retailers remain optimistic of a bounce back.

A day after revealing Australians had lost another 115,000 jobs, the Australian Bureau of Statistics released preliminary data on Wednesday showing retail turnover had fallen by another 1.5 per cent in September.

Turnover fell in all states except the Northern Territory, as lifts in department store and cafe and restaurant spending were too small to offset larger falls elsewhere.

But Australian Retailers Association CEO Paul Zahra said the data painted a promising picture, as outside Victoria the industry was still making more money than this time last year.

Mr Zahra described the monthly drops in August and September as a “normalisation to the trend”, after months of pandemic-induced volatility.

“Retail trade was up 5.2 per cent in September, compared to a year ago. And when you look at the September quarter, those figures were up 6.8 per cent on [the] year,” he said.

This is a strong trend that we believe is setting us up for a cautiously optimistic Christmas shopping season.”

With most shops in Victoria barred from trading in September, Mr Zahra said it was unsurprising to see that Victoria was the only state or territory where shops made less money this September than last.

But he said life for Victorian shop owners “can only improve” as the state is only days away from reopening. 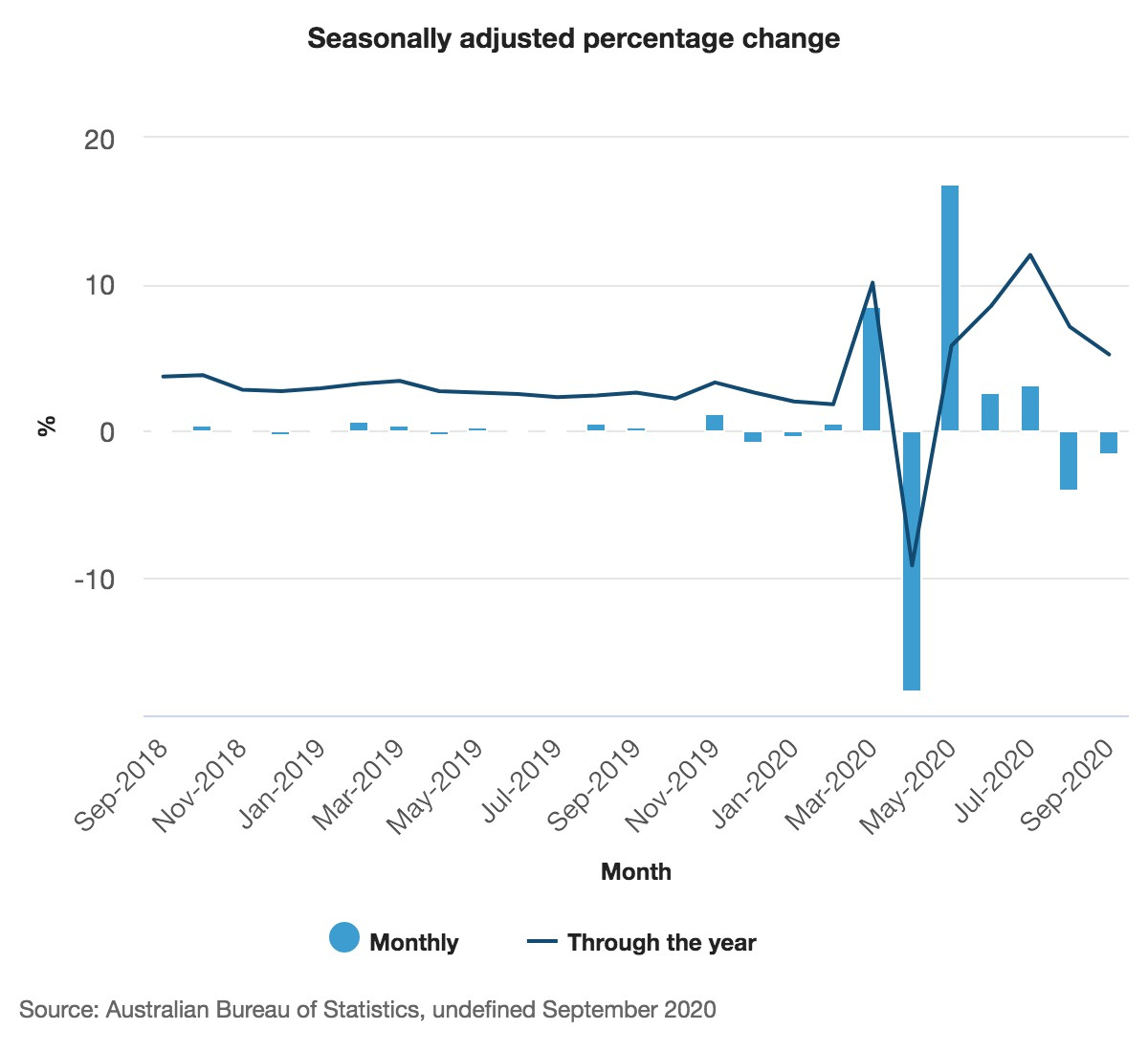 His optimism was shared by Commonwealth Bank head of Australian economics Gareth Aird, who expects “both retail spending and household consumption to continue to rise over the December quarter”.

So long as Victoria “is successfully reopened and restrictions are eased”.

Although cuts to JobSeeker and JobKeeper will weigh on household income, Mr Aird said the expected reopening of Victoria would provide a major boost, alongside personal income tax cuts, government payments of $250 to low-income households, and a potential RBA rate cut on November 3.

“In addition a huge buffer of savings has been accrued by the household sector over both the June and September quarters and we expect some drawdown to occur over the December quarter which will support spending,” he said, while noting the encouraging post-Budget lift in consumer confidence.

But EY chief economist Jo Masters was less optimistic – saying the data added to growing evidence of a “slow and bumpy recovery”.

“The easing of income support and the slowdown in the jobs recovery, as indicated by payroll jobs and wages data yesterday, is likely to lead to further declines in retail turnover in the coming months,” she wrote in a note.

“Indeed, EY’s Future Consumer Index survey suggests that households are starting to watch their pennies closely and looking to capitalise on sale events.

“The latest survey taken in late September/early October showed 58 per cent of respondents are trying to save more than before and 66 per cent indicated they will be more aware and cautious about their spending in the longer term.”