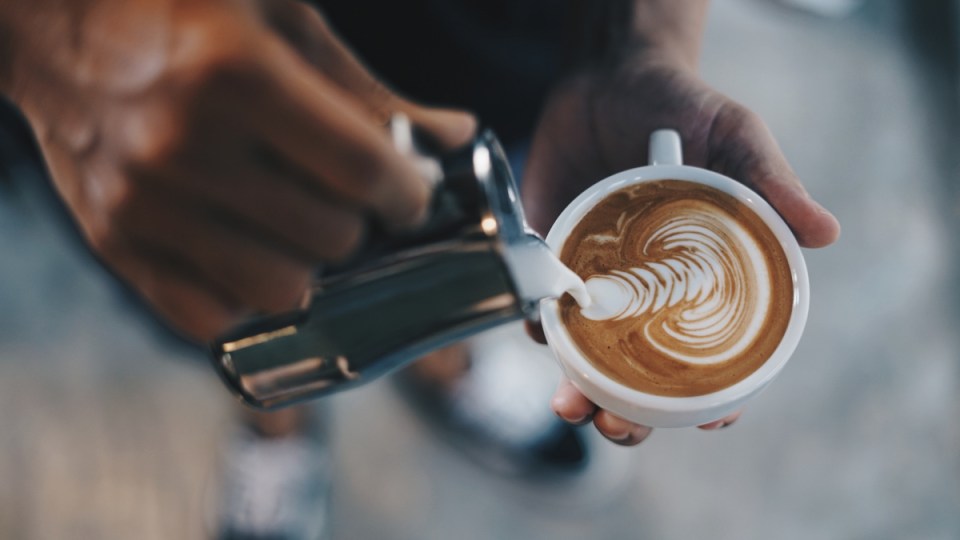 A standard addition to your daily cuppa just got a whole lot more expensive. Photo: Getty

Your favourite brew from your cafe is about to get more expensive, as the cost of milk becomes the latest cost pressure to affect the price of coffee.

This month, two of Australia’s biggest supermarkets announced changes in milk pricing, with Woolworths and Coles home-brand milk offerings now up to 60 cents per litre costlier due to the rising value of farm produce.

Although dairy farmers say the price hikes are still not enough to help them deal with the rising cost of living, Australian consumers are sure to feel the effects.

Rabobank’s monthly agribusiness report for July found record-high milk prices are putting pressure on food service businesses, which are already dealing with rising inflationary costs for everything from food to energy.

This means businesses may have no choice but to pass the extra costs onto consumers.

Latest in series of coffee price-jumps

Shannon Velleley manages a cafe in Queensland’s Surfers Paradise, and said with the cost of ‘‘everything’’ going up, the venue will have to raise the prices of coffee later this year – its second price hike in 2022.

The cafe, which sells coffees in six ounce and 12 ounce cups, raised prices for both sizes by 30 cents a few months ago.

Small and large coffees now cost $4.30 and $5.30 respectively, but with rising costs for milk from the cafe’s supplier, Pauls, Ms Velleley expects the cost of a large cuppa will be hiked an additional 20 cents by the end of the year.

However, she said the cafe intends to keep the price of a small coffee the same given six ounces is smaller than the usual eight ounces offered for hot drinks by other cafes.

Dairy prices are just the latest hit to the pocket for the cafe, which had already been dealing with the high costs of coffee beans since last year.

By November, natural disasters, shipping container price surges, and pandemic-induced supply chain complications had pushed up prices for coffee bean importers by up to 40 per cent.

“We roast our own coffee, and our head roastery is in Sydney, and green beans have been going up for a while now as well,” Ms Velleley said.

But hiked milk prices were the final straw.

The cafe buys its dairy and alternative milks (such as soy, almond and lactose-free) from three sources: Brownes Dairy, Peel Dairy and specialist cafe supplier Foodchain.

Ms Kaasik said prices from all the cafe’s milk vendors have increased, even for the non-dairy alternatives.

This came as the cafe was already struggling to deal with the cost of its coffee rising by about $5 per kilogram, along with wage increases to attract staff amid the worker shortage, and the rising cost of food.

The cafe hiked the prices for its coffees by 70 cents across the board, with shots of alternative milks costing an additional 20 cents.

Ms Kaasik said most customers have been understanding so far regarding the financial pressures the cafe has been facing, but she fears having to raise prices yet again due to inflation may be enough to finally scare off some.

“If it keeps going that way, we might still have to raise prices,” she said.

Why your daily cup of coffee just got more expensive