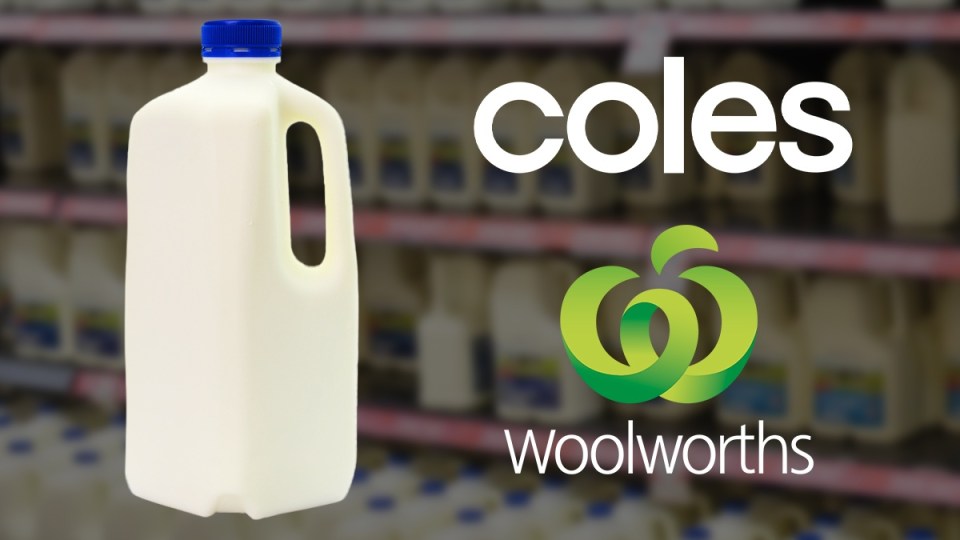 Woolworths says it will follow Coles with a major rise in its home-brand milk from Friday. Photo: TND/Getty

As more supermarkets reveal plans to raise the cost of milk, experts say the dairy industry is at a crossroads – and farmers will benefit little from the latest price increases.

Milk pricing changes confirmed by Coles and quickly followed by Woolworths mean the home-brand offerings at the country’s two biggest supermarket chains will cost $1.50-$1.60 a litre.

It is the biggest price rise in milk since 2011.

“Milk in Australia has got to go to $2 a litre-plus to the consumer,” Mr Toohey said.

From Friday, the price of home-brand milk at Woolies will rise by up to 60 cents per litre, taking a three-litre bottle from $3.90 to $4.50.

Aldi customers can also expect similar price rises soon. A spokesperson from the German retailer told The New Daily the company was actively reviewing retail milk prices, and an increase was “likely”.

All three retailers have blamed the rising price of the shopping cart staple on “significantly” higher farmgate prices (the market value of farm produce).

While that’s a positive for farmers, it comes at a time when there’s a clear “cost headwind” on farms.

Mr Toohey’s family has farmed the same land for 118 years. He provides up to 12,000 litres of milk per day to Lactalis Australia – the company behind big-name dairy product brands such as Pauls, Oak, and Vaalia.

He said even with recent increases in milk prices, dairy farmers were still worse off as they dealt with the repercussions of the rising cost of living.

“Energy costs are going through the roof, and the cost of diesel is following,” he said.

The price of grain, which is determined by the global market, had also risen from about $300 a tonne to about $500 in just three months, Mr Toohey said.

He said national minimum wage increases that came into effect on July 1 were also making it harder to run businesses.

He said out of a previous 10 cents a litre increase, only about 4.5 cents made it back to farmers after dairy processors and supermarkets took their cuts.

Mr Harvey said dairy processors were also likely to be feeling the cost of living pinch, with higher energy, distribution, and labour costs.

“They’re needing to pass some of that through to the consumer,” he said.

Mr Harvey said dairy prices had hit record highs, but the same couldn’t be said for farm profits due to the rising cost of living, combined with damages from natural disasters such as recent flooding in NSW and Queensland, and a slowing global economy.

Mr Toohey said the dairy industry was at a crossroads – and could get better or worse.

He expects the industry to continue to shrink as high running costs push farmers into beef production, natural disasters encourage them to shut-up-shop entirely, and entry into the industry becomes harder for newcomers.

“Young families can’t afford to borrow money to set up a dairy to start that business,” Mr Toohey said.

“At this stage, the banks wouldn’t look at them. The only way for these young farmers to come in is generally succession-planning through family.

“The dairy industry is shrinking.”