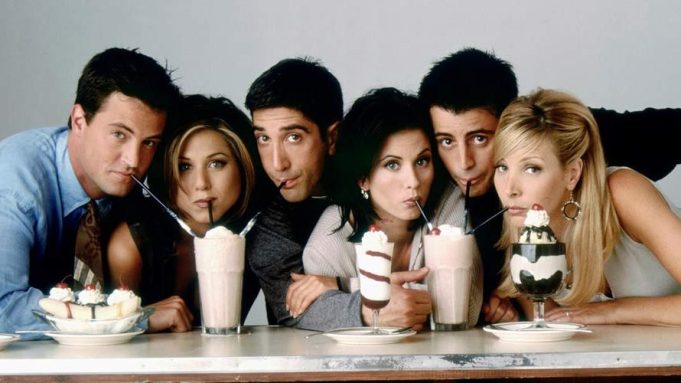 It’s been 17 years in the making, and now your six favourite New Yorkers are back together again – and this time they’ll be joined by the world’s biggest names.

Make a note of May 27 in your calendar, grab your Central Perk coffee and pivot your couch to face the screen, because the eagerly awaited one-off Friends special is finally set to air.

Friends: The Reunion was filmed earlier this year after being delayed for more than a year by the coronavirus pandemic.

Returning to the same sound stage that made them household names nearly three decades ago, the original cast will reunite with Tom Selleck, who played Monica’s older lover, Richard, and Chandler’s nasally flame, Janice (Maggie Wheeler).

“Could we BE any more excited!?” Aniston wrote in the caption.

Kudrow joined in, paying homage to the series’ episode titles.

“The one with us finally getting together,” she wrote.

HBO Max is spearheading Friends: The Reunion, which is bad news for Australians who don’t have access to the streaming platform.

The good news is that, thanks to a deal with WarnerMedia, it will air on Foxtel, which means it’s extremely likely it will also pop up on affiliated streaming platform Binge.

Ending in 2004, the long-running sitcom was one of the most-watched shows of the 1990s and early 2000s, with more than 51 million people tuning in to see the series’ final.

In recent years, the rise of streaming platforms has given the show new life by engaging a fresh generation of fans.

The one with the creepy behaviour

While his Friends alumni have been gearing up for the most exciting TV reunions in years, one co-star has allegedly been a bit of a creep on the internet.

The 20-year-old shared a video in which she revealed she matched with Perry on an exclusive dating app called Raya.

“When you match with Matthew Perry as a joke on a dating app and he FaceTimes you and plays 20 questions with you,” she wrote in the caption.

Perry, 52, can be seen laying down with his face close to the camera.

“Do you always touch your hair this much?” he asked.

Haralson said she released the video to expose how older men in Hollywood were “taking advantage” of much younger women by flexing their fame and success.

“A lot of people were saying I’m a bully and mean for posting this and it made me feel kinda bad, but at the same time I feel like a lot of guys in Hollywood are talking to all these young girls and it’s something I think a lot of people should be aware of,” she said.

The video was released in response to a similar video featuring Ben Affleck.

Haralson has since been kicked off the app, but neither Affleck nor Perry have commented on the videos that have amassed millions of views.

Friends reunion special: All the details, dates, and one star’s dubious behaviour