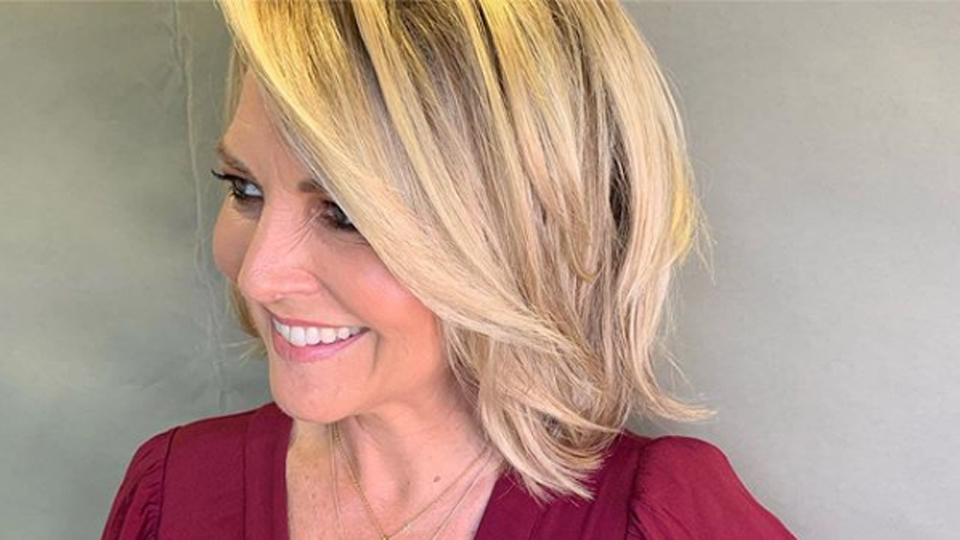 Georgie Gardner (on Today in August) said she will return to her first love, news. Photo: Instagram

Georgie Gardner was as good as her word and was missing from the Today show on Monday morning, as her former colleagues Deb Knight and Tom Steinfort addressed her absence.

Gardner, who pulled the plug on her breakfast TV career after Friday’s show when Nine bosses revealed the return of Karl Stefanovic, gave Today a “red-hot go”, Knight said.

She was left to gamely pick up the pieces with newsreader Steinfort and entertainment reporter Brooke Boney despite all apparently being given their marching orders from Today.

“We wanted to acknowledge our colleague and friend Georgie Gardner,” Knight told viewers in a scripted segment.

“You might have read over the weekend that Georgie has left the Today show. After a really challenging year we want to wish Georgie all the very best.”

Steinfort, tipped to head next to 60 Minutes, lauded the missing Gardner as a “committed and passionate” member of the team who was at her best “sharing the stories of everyday Australians” doing it tough.

“She has always been a woman of strength here, a woman of class, and also who could forget very wicked sense of humour that would just pop up from time to time as well.”

Knight said Gardner is “enjoying the time with her family, friends” and we “look forward to seeing you on our screens again very soon.”

"You might have read over the weekend that Georgie has left the Today show and after a really challenging year, we want to wish Georgie all the very best." #9Todayhttps://t.co/VUR40DUObU

Gardner, who was seen on the weekend walking her dog Wilbur with husband Tim Barker in Sydney’s Mosman, said she was “consulted” two weeks ago about the new lineup at Today.

“I have no regrets, even though the scrutiny and public discourse has been daunting and disproportionate. It’s also at times been cruel.”

And not just from viewers. Gardner’s last Today on Friday saw a bizarre clapback from sports presenter Tony Jones when he took exception to his colleagues’ line in banter.

Jones subsequently announced he is quitting the show to concentrate on other media commitments.

The show’s 2020 revamped sees Stefanovic back in the chair, in a reversal of fortunes after he was sacked from the show last December and Knight and Gardner were installed as co-hosts.

His co-host will be Weekend Today and 60 Minutes regular Allison Langdon.

Nine wasted no time cranking out Langdon for Today, sending her to the front line of Sydney’s bushfire crisis on Monday where she deftly handled live crosses from Taree.

The decision to bring back Karl and launch Langdon into the morning sphere came after ratings kept tumbling even after problem child Stefanovic was warehoused.

“We took a bold decision to try something new with two women hosting The Today Show this year and regrettably that has not worked for the audience,” Nine’s news boss Darren Wick said on Saturday.

Stefanovic, who called his Lazarus act “not something I thought would come up again”, said he is “up for the fight and I want to fight for our audience.

“It’s a big job with enormous pressures and I know only too well some of those pitfalls, but it is also without question the best live job in Australia.”

He and Langdon will take over as hosts in January. Their breakfast competitors will include Karl’s brother Peter Stefanovic, who co-hosts Sky News’ First Edition.

“We have wrestled eyeballs off Today this year, and Karl is going to have to work his backside off to get them back,” Peter told The Australian.

“I’ll be doing my best to stop that.”