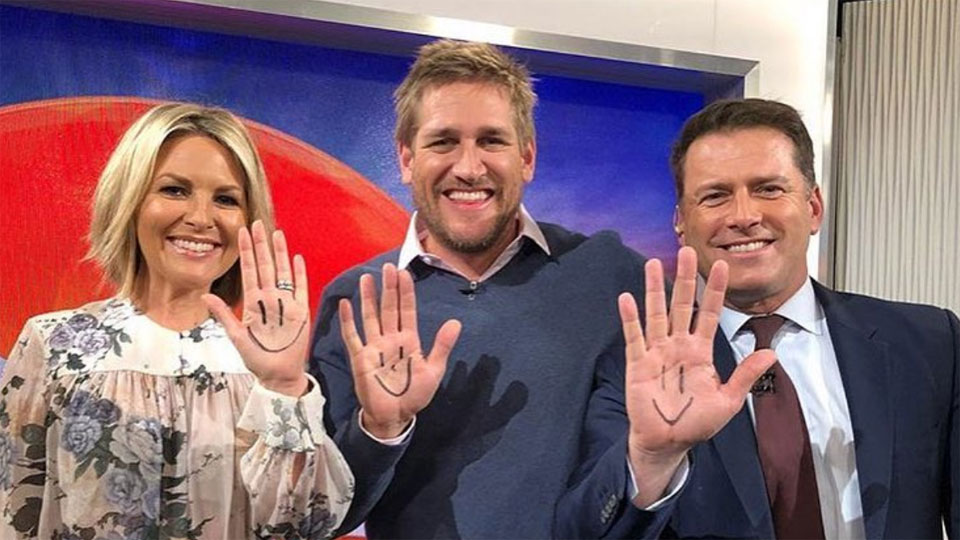 The careers of Georgie Gardner and Deb Knight are the “collateral damage” in Karl Stefanovic’s return to Nine’s Today show in 2020, a network source told The New Daily.

“Georgie only took the job last year because she was told Karl was on the way out,” the source said.

“He rubbed her up the wrong way and she never liked working with him. Now he’s back in, she’s out and it’s a bitter pill to swallow, that the network has chosen her over him.

“Georgie’s never put a foot wrong on or off camera and this is her reward!

“She’s doing well to be so dignified in what must feel like defeat, but that’s TV. It’s cutthroat. Only an idiot goes into this game thinking it will be forever.”

Gardner, 49, and Knight, 46, made TV history in January when they were the first all-female breakfast hosting team. But while both are respected journalists, their pairing lacked chemistry and failed to gain traction with viewers.

The Sydney newsreader said she was “consulted” two weeks ago about Stefanovic’s return – read that as ‘was told her time was up’ – and told Nine she is “naturally disappointed” with their decision.

“I learned a lot. I have no regrets, even though the scrutiny and public discourse has been daunting and disproportionate. It’s also at times been cruel,” Gardner said.

Called a “person of great integrity” by Nine’s news director Darren Wick after her sacking, she plans to return to news and “get some sleep.”

Gardner’s ousting is effective immediately, although Knight has agreed to grin and bear her demotion, and will return on Monday with a temporary co-host.

“Georgie and Deb’s careers are the collateral damage to Karl coming back,” the Nine source said.

Speculation Stefanovic would do a Lazarus and return from the naughty corner to what was previously one of the industry’s most coveted jobs was confirmed when Nine announced on Saturday morning Stefanovic was on board again.

He was axed from Today last December just before his four-day Mexican wedding to shoe designer Jasmine Yarbrough. Viewers went off him amid a bitter divorce from his first wife Cassandra Thorburn, who aired the former couple’s dirty laundry.

His new partner for 2020 will be 60 Minutes’ Allison Langdon. The “whole team will stay with Nine”, said Wick – but probably not at Today – and the full lineup for next year will be announced “in due course.”

Newsreader Tom Steinfort is personable but now linked to the lineup that almost sank Today. Sports presenter Tony Jones, who had a bizarre onscreen meltdown on November 8, was a bad fit from the start.

And entertainment reporter Brooke Boney, who took over from Richard Wilkins in 2019, is viewed by crew as “not up to it at all,” the Nine source told The New Daily.

Asked if it was possible Nine planned all along just to spell Stefanovic until heat went off his personal life and he was viewed as rehabilitated, a different TV source said yes.

“Look, they knew at the time he was on the nose but they also knew he still had that magic fairy dust. You’ll note they didn’t bad mouth him, rolled him out on soft shows, let him go to the Logies.

“The door was kept open and what do you know, he’s walked back in.”

Stefanovic, 45, said his return to Today “is not something that I thought would come up again” and that he thought his time was up.

“But then when I was sounded out about it, it got me thinking,” he said.

“It’s a big job with enormous pressures and I know only too well some of those pitfalls, but it is also without question the best live job in Australia.”

He said the best way “to use the skills I have” is the live-show format and acknowledged he’s missed Today “a lot.”

“The show and the audience make me feel alive,”: he said. “I’m up for the fight and I want to fight for our audience.”

Langdon, 40, said the one thing she knows about her new gig is “it’s not going to be boring. I love the unpredictability of live TV … and Karl.