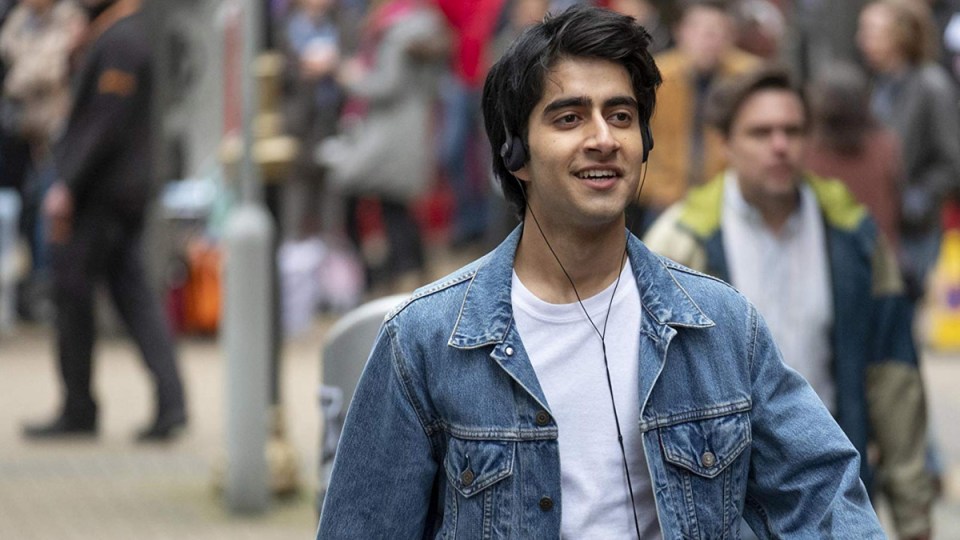 This year saw Taron Egerton channel the spirit of still-with-us Elton John in Rocketman, and Reneé Zellweger is currently lighting up screens as a doomed Garland in Judy.

Bruce Springsteen tribute Blinded by the Light does things a little differently.

It is based on the true story of super fan Sarfraz Manzoor, who found a way of surviving his smothered teenage years in 1980s Luton through Springsteen’s words.

Studying the lyrics in the local library, he couldn’t afford to buy the records, as he recently told the New York Times.

The British-Pakistani radio presenter, journalist, and documentary maker penned a memoir about his obsession with the Boss, which forms the basis of Blinded by the Light.

It’s directed by Bend it Like Beckham’s Gurinder Chadha and co-written with husband Paul Mayeda Berges.

Like Beckham, it’s a similarly upbeat coming-of-age story about a kid who doesn’t quite fit in pushing back against the expectation of his immigrant parents.

In 1987, Britain is groaning under the economic vandalism of Prime Minister Margaret Thatcher.

Protests are a weekly occurrence, and the far-right National Front is on the rise.

About to head to college in local town Luton, about an hour’s drive north-west of London but a million miles away in excitement factor, every penny he earns in a summer job goes to keeping his family afloat.

His strict, Muslim-practising parents (Kulvinder Ghir and Meera Ganatra) are struggling to make ends meet since dad was made redundant from the local car factory. Mum takes on punishing amounts of laundry work at home.

Synths rule the soundtrack, with a scene-setting opening montage backed by the Pet Shop Boys’ It’s a Sin.

The new romantic needle drops include Duran Duran, and a-ha’s The Sun Always Shines on TV.

At school, Salt-N-Pepa, Bananarama and Belinda Carlisle’s Heaven is a Place on Earth are more likely to be heard than the Boss’s searing Vietnam critique Born in the USA.

Dancing in the Dark lights up his life.

Playing it on a Walkman amid a storm, Javed’s abandoned attempts at poetry swirl around his cookie-cutter council estate as Springsteen’s lyrics appear onscreen karaoke-style, practically begging you to sing along.

Much to the bemusement of childhood bestie Matt (an unrecognisable Dean-Charles Chapman, Tommen from Game of Thrones) Springsteen’s working-class poetry gives Javed a new sense of purpose.

Delving into the stories behind the songs of the New Jersey born-and-bred legend, the universality of Springsteen’s rebel cry against oppression empowers Javed and Blinded by the Light.

The feel-good factor infuses this musical love letter to the Boss, who gave it his blessing and back catalogue.

Blinded by the Light is in cinemas nationally now

Springsteen’s Blinded by the Light a music bio done differently