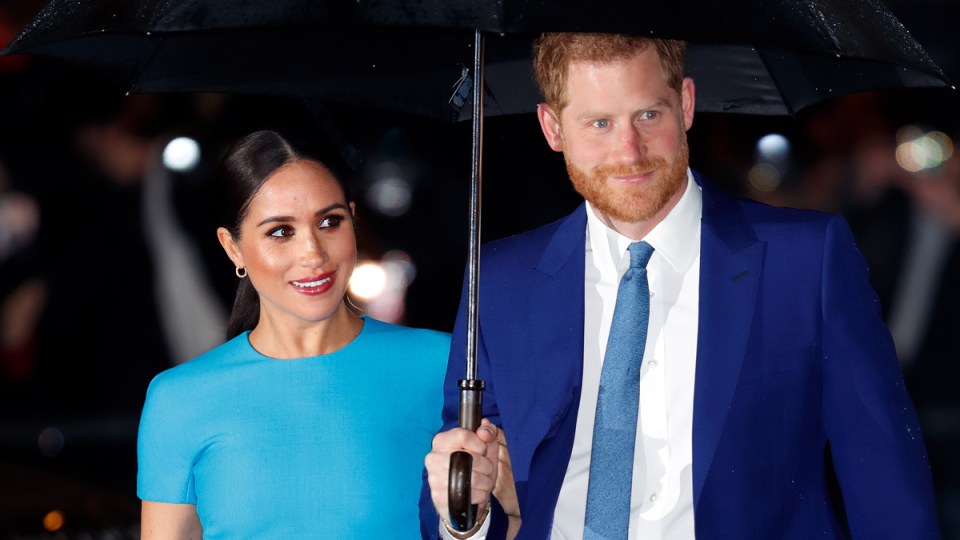 Harry and Meghan have paid back millions of dollars spent to refurbish their British home. Photo: Getty

Prince Harry and Meghan Markle have revealed the name of the foundation that will replace their Sussex Royal brand.

But the newly ex-senior royals are under fire for the timing of their announcement, which came during the global coronavirus crisis and just a day after Harry’s grandmother, the Queen, addressed Britain in a historic speech.

The duke and duchess of Sussex’s new foundation will be called Archewell, Britain’s Telegraph newspaper reported on Tuesday (Australian time).

Now settled in Los Angeles, Harry and Meghan have reportedly drawn up proposals for an array of projects under the name, which is derived from the Greek word for “source of action” and the inspiration behind the name of their son, Archie Mountbatten-Windsor.

But BBC journalist Andrew Neil slammed the announcement, saying the Sussexes should learn from “Harry’s grandmother” about timing.

“A period of silence from both would be ‘something that matters’ to many of us,” he wrote.

“Learning from Harry’s grandmother would be something that mattered a lot.”

Harry and Meghan’s announcement came just a day after the Queen invoked the spirit of World War II in a rare speech to Britons reeling from the devastating coronavirus crisis.

“While we have faced challenges before, this one is different,” she said.

“This time we join with all nations across the globe in a common endeavour, using the great advances of science and our instinctive compassion to heal. We will succeed – and that success will belong to every one of us.”

Neil’s view earned plenty of support from his followers, one of whom said: “We think it but you say it – thanks.”

“They are both attention seekers,” wrote another. “They left UK for a quieter life and no media attention. Yet they make an announcement at the inappropriate time about their charity. I wouldn’t pay a penny to them.”

Royal commentator Robert Jobson also replied to Neil’s tweet with: “Timing is everything.”

But Harry and Meghan also had their defenders, with one response saying: “Media were going to break the news according to Sky, so they announced it. It media had left them alone, we wouldn’t be reading this today.”

The Duke and Duchess of Sussex announced their intention to quit as senior members of the royal family in a bombshell statement in January.

They initially intended to keep their Sussex Royal Instagram handle but that was denied by the Queen.

They finally stepped down as senior royals after a whirlwind week of final engagements in March, and are reportedly settled in Los Angeles.

Harry, Meghan reveal their new brand name – but not everyone is happy