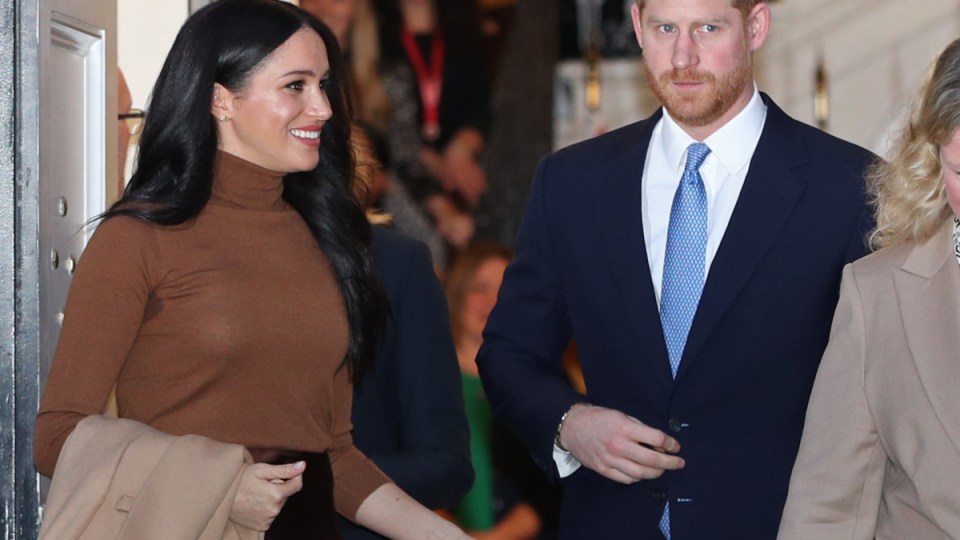 From April 1, Harry and Meghan will no longer use their royal highness titles. Photo: Getty

Prince Harry and Meghan Markle have marked their final day as senior working royals, explaining their focus in the “new chapter” will first be on how they can help communities through the COVID-19 pandemic.

In their final post as senior members of the British royal family, the couple indicated they are navigating new waters in a rapidly changing global environment.

The Duke and Duchess of Sussex, along with baby son Archie, have moved to Los Angeles where, like the rest of the world, they are finding “new habits” in the pandemic.

They said they were trying to understand “how we can best contribute” amid the coronavirus crisis and remained “confident that every human being has the potential and opportunity to make a difference”.

The message marks the last time they will post on their website and social media pages as working British royalty. The couple announced in January they would go out on their own and find new jobs.

Harry and Meghan have held tight control over their branding and social media accounts and had registered Sussex Royal as a global trademark for items including socks, bandannas and stationery.

But their hopes of using the name to launch a new business empire in their ‘normal’ life were dashed when the Queen reportedly banned their use of the word “royal”.

On Tuesday morning (Australian time), the couple used their Instagram page, launched in April 2019, to assure followers that “the work continues”.

“Thank you to this community – for the support, the inspiration and the shared commitment to the good in the world. We look forward to reconnecting with you soon. You’ve been great!

“Until then, please take good care of yourselves, and of one another.”

As we can all feel, the world at this moment seems extraordinarily fragile. Yet we are confident that every human being has the potential and opportunity to make a difference—as seen now across the globe, in our families, our communities and those on the front line—together we can lift each other up to realise the fullness of that promise. What’s most important right now is the health and wellbeing of everyone across the globe and finding solutions for the many issues that have presented themselves as a result of this pandemic. As we all find the part we are to play in this global shift and changing of habits, we are focusing this new chapter to understand how we can best contribute. While you may not see us here, the work continues. Thank you to this community – for the support, the inspiration and the shared commitment to the good in the world. We look forward to reconnecting with you soon. You’ve been great! Until then, please take good care of yourselves, and of one another. Harry and Meghan

The Sussexes have reportedly left Canada permanently and resettled in Los Angeles, where they plan to make their new home.

This comes as Meghan returns to showbiz after lending her voice to a documentary about elephants for Disney, which will be available for streaming on DisneyPlus from April 3.

Meghan was raised in the Los Angeles area and her mother, Doria, still lives there.

They had been living for several months with their son, Archie, on Vancouver Island in Canada. The duchess also lived in Canada for seven years while filming Suits.

The reported move to LA also came just days before Harry’s father, Prince Charles, confirmed he had been diagnosed with coronavirus. He is recovering in Scotland.

On Monday, Meghan and Harry were at the centre of drama in the US as President Donald Trump weighed in on the debate about who should cover security bills for the young family in their post-royal life.

Last month, Canada said it would not continue to chip in once the couple were no longer working members of the British royal family. In any case, Canada’s government would not be liable as the Sussexes have left the country.

Meghan and Harry said they had made “privately funded security arrangements” following their move to the US.