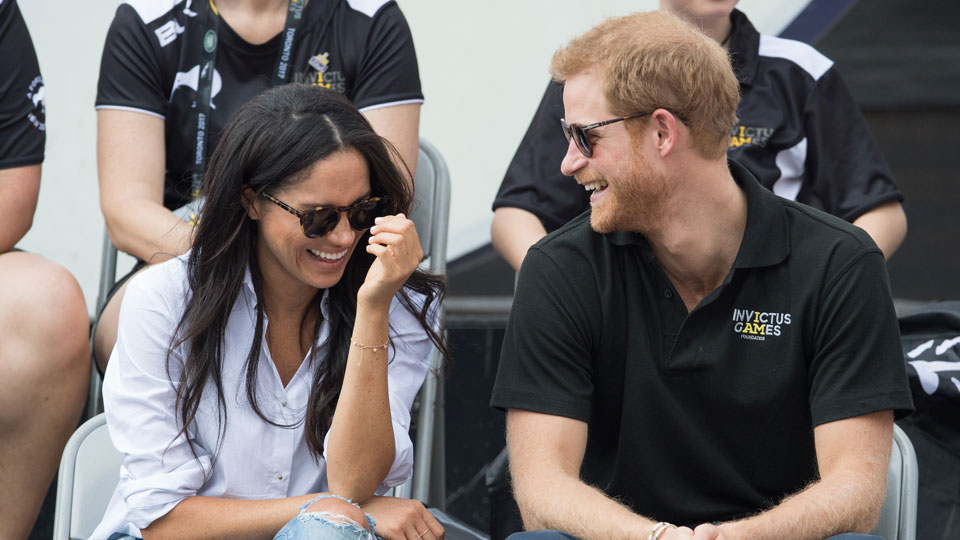 A week after dropping her ‘Megxit’ bombshell, Meghan Markle – dressed in black jeans and a loose jumper instead of polished couture – resurfaced publicly and minus fanfare at a women’s centre in Vancouver.

Earlier, the Duchess of Sussex was seen on Tuesday boarding a seaplane on Vancouver Island. She was snapped by the Daily Mail beaming in the same longline green hoodie she was seen in on her way to a Toronto yoga class during her courtship with Prince Harry in 2017.

Despite the global storm over the desire of Meghan and husband Prince Harry to “step back” as senior royals, Meghan didn’t miss a beat picking up her philanthropic efforts on Tuesday at Downtown Eastside Women’s Centre.

She discussed “issues affecting women in the community” at the centre, which gives support and basic necessities to over 500 women and children every day.

“Look who we had tea with today!” the centre said in a Facebook post that included a photo of a smiling Meghan in the middle of a group of women.

The surprise return by Meghan capped off a big week since she and Harry announced their resignation as senior royals: an “incandescent” Prince William, a “regretful” Harry, a “hurt” Queen, a Thomas Markle cameo, the ‘Sandringham Summit’ and an ongoing frantic plan to hammer out the Sussexes’ future.

The only thing of note that didn’t happen was a Meghan and Harry reunion.

Their separation is the longest time since their November 2017 engagement that Harry, 35, and Meghan, 38, have been separated, and – perhaps ironically, given what’s happened – the reason is duty to his family.

The duke has a longstanding note in his diary to host the Rugby League World Cup 2021 draws for the men’s, women’s and wheelchair tournaments at Buckingham Palace on Thursday (UK time.)

Harry succeeded his grandmother the Queen as patron of the Rugby Football League in December 2016.

After that engagement, Harry has no scheduled future jobs on behalf of the royals, according to the palace’s website.

He is expected to quickly farewell the Windsors and head off to Canada to be reunited with his wife and son, even as their future is being decided.

Meanwhile, Kate Middleton, 38, and Prince William, 37, showed it was business as usual for the Windsors when they went back to work two days after the crisis talks.

Both Cambridges smiled and seemed relaxed during a joint engagement in Bradford, where an “unusually romantic” William handed his wife a single white rose during a walkabout. Later, they made milkshakes at a restaurant for trainees.

Meghan, who has reportedly already relocated both her dogs to Canada, has said she will not live full time in England again, according to The Daily Mail.

“She doesn’t want to raise Archie there, and she doesn’t want to schlep back and forth. She’ll make extended visits, but that’s it,” said a friend of the duchess, adding she was “miserable” in the UK after having Archie.

Despite reports he had “privately assured” the Queen that Canada would help pay for the family’s security, the country’s Prime Minister Justin Trudeau did not confirm that publicly.

“There are still a lot of decisions to be taken by the royal family, by the Sussexes themselves as to what level of engagement they choose to have,” Mr Trudeau said, according to Global News.

“We are obviously supportive of their reflections but have responsibilities in that as well. We’re not entirely sure what the final decisions will be.”

Despite Meghan and Harry breaking their big news on their Sussex Royal Instagram account without the Queen’s consent, senior family members are keen to help the pair find happiness, according to sources.

There is a desire within the palace to understand the Sussexes’ position, and those close to Prince Charles deny reports he wanted to freeze out his younger son by creating a “slimmed down” monarchy.

“Charles has always envisioned working with both of his sons and their families in the future,” a close source told People.

The leaner monarchy that has been proposed by Charles for cost-cutting purposes “included Harry and whoever he married,” said another palace insider.

Meghan Markle resurfaces in Canada as Harry is stuck in England