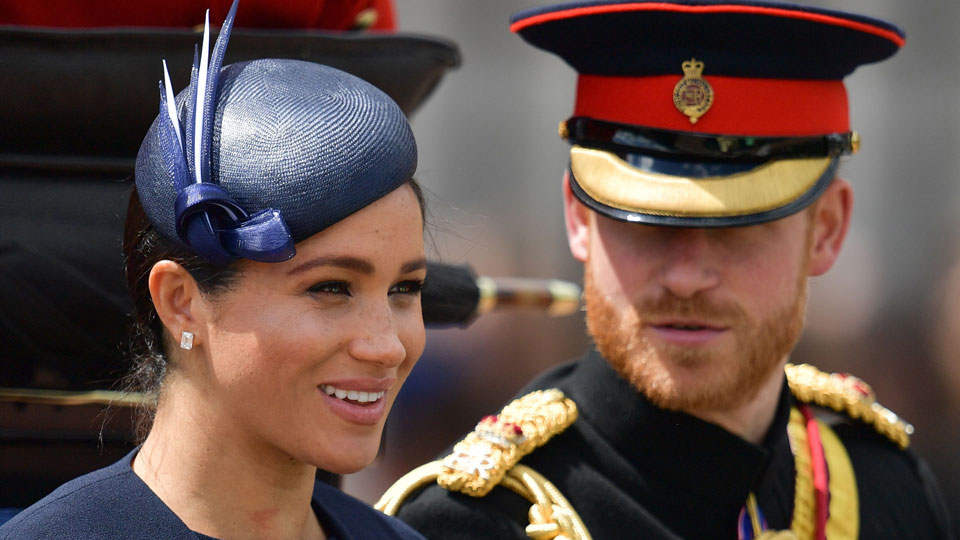 Separated by an ocean from his wife Meghan Markle and son Archie, having “hurt” his closest family members, Prince Harry is said to be “fragile” and filled with “regret” over his own ‘abdication’ crisis.

And the pain is far from over.

While the Queen’s unprecedented blessing on Tuesday gave Harry and Meghan the nod to “carve out a progressive new role”, her 153-word statement trod a fine line between a matriarch holding together a family and an experienced monarch resolving a royal crisis.

Its most notable omissions were related to Harry and Meghan’s titles, security and finances, which will be thrashed out “within days”.

“As long as Harry continues to do his duty there is no reason to lose the title,” royals historian Christopher Wilson told The Telegraph.

“But if their game plan is to hang around Los Angeles [on the celebrity circuit], then it would not be appropriate for him to use HRH.”

Still, the Queen’s biographer Robert Lacey told People that “they won’t have HRH taken away any more than the Duke of Windsor did”.

Ingrid Seward, editor of Majesty magazine, wasn’t so sure: “It could hint that they are willing to give up their titles. I’ve never seen a statement as personal like that but we haven’t had a situation like this.”

Harry is said to “regret” not realising how his decision – announced in cheery fashion on the couple’s Instagram account as “an exciting next step” without the consent of the Queen – would damage relationships.

He was also at pains, in a joint statement with William, to slam The Times over a “false” and “offensive” claim the older Wales constantly “bullied” the Sussexes and pushed them out.

Harry was also said by the newspaper to have been told by Meghan over Christmas royal life is “not working for me”.

The dukes arrived separately to the crisis talks at Sandringham on January 14.

Harry drove in the back gate of the estate in a blacked-out Range Rover, reportedly for a private “heart to heart” lunch with his grandmother, two hours before the 2pm talks that included his father Prince Charles.

In his Land Rover, William made the short trip from Anmer Hall, the country home he shares with wife Kate Middleton and their three children, 15 minutes before go time.

Plans to dial Meghan in from Canada, where she is bunkered down with 9-month-old son Archie, were said to have been scotched because of concerns the phone line might not be secure.

On that subject, it’s still not known who will cover the Sussexes’ around-the-clock armed protection in two countries.

Before ‘Megxit’, Meghan and Harry’s $1.2 million security bill was paid for by British taxpayers but as the Queen said, the pair doesn’t “want to be reliant on public funds in their new lives”.

Still, they are unlikely to volunteer for something they could argue they have not created themselves.

Similarly vexed is the issue of their home, both during and after the “period of transition in which the Sussexes will spend time in Canada and the UK”.

Their Canada holiday house is reportedly the property of a Russian billionaire who lent it on the advice of Hollywood producer David Foster, two links which may be distasteful to the Windsors as a long-term prospect.

Harry and Meghan want to still have use of the newly renovated Frogmore Cottage at Windsor Castle, but the Queen may insist on them renting it at full tote.

According to Daily Mail sources, Prince Charles knows Harry will rely on his $4.3 million annual payments from the private Duchy of Cornwall to meet family bills, but he “won’t have unlimited resources”.

The Queen has ordered staff to find a solution “within days” to the sticking points, and it is expected she will want guarantees the proposed Sussex business empire does not damage ‘The Firm’.

“No one wants to see the Sussexes’ name on a tub of margarine,” a source told the Daily Mail.