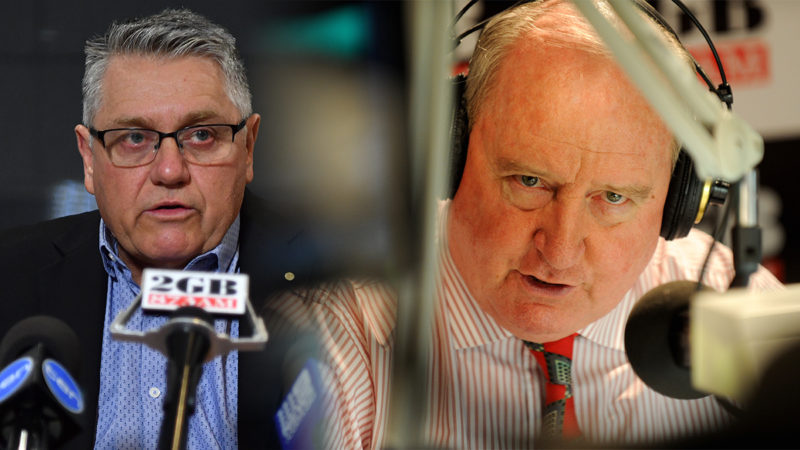 Nine revealed at its annual meeting on Tuesday that soft radio advertising conditions had been exacerbated for 2GB by the advertiser boycott around Jones.

Companies began pulling their adverts from the Alan Jones Breakfast Show. after the veteran talkback host said Prime Minister Scott Morrison should “shove a sock” down the throat of his New Zealand counterpart Jacinda Ardern for her comments on climate change.

“I just wonder whether Scott Morrison is going to be fully briefed to shove a sock down her throat.’’

The comments sparked accusations of misogyny and inciting violence, and gave rise to several online campaigns calling for companies to cancel their advertising with the 2GB show.

Jones subsequently apologised to Ms Ardern for his comments.

Nine chief executive Hugh Marks told the AGM that radio advertising had experienced soft market conditions, “exacerbated for Macquarie by the advertiser boycott around the Alan Jones’ program on 2GB”.

Jones had already been put on notice by Macquarie in August when it announced that his two-year contract – due to end in mid-2021 – would be terminated if he made another blunder.

On Tuesday, Mr Marks also said Nine’s television advertising revenue fell by 6.4 per cent in the first quarter, and signalled a second-quarter drop by at least as much again.

He said signs of a hoped-for second-quarter improvement had dissipated and that the entertainment conglomerate expected the overall metro free-to-air market to decline by mid-single digits across the full year.