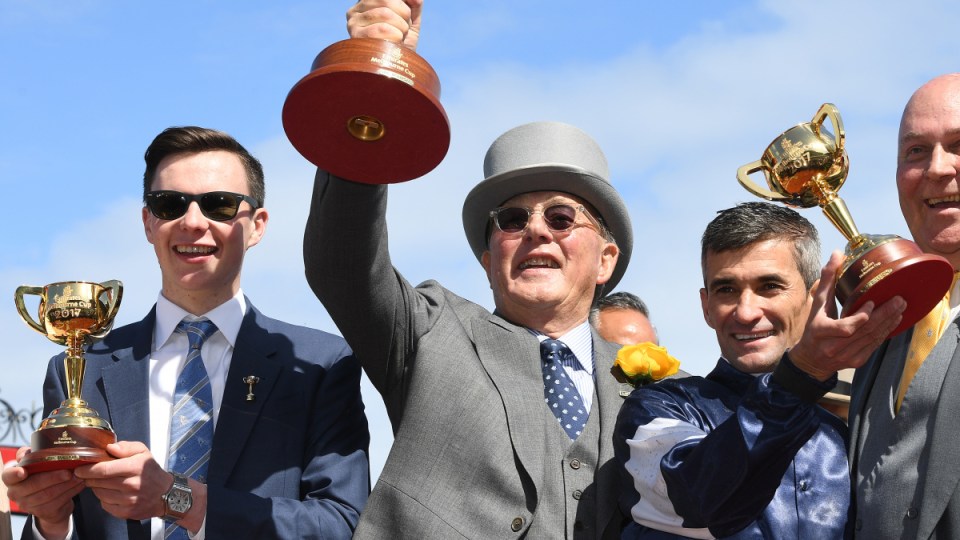 A Melbourne Cup trophy has been stolen in a burglary at a Victorian cafe.

Thieves forced their way into Houdini’s Cafe e Cucina, at Diggers Rest, north-west of Melbourne, between Saturday night and Sunday morning, taking off with the cup as well as the cafe’s cash register, police said.

“Whilst it might not have as much financial value as the original cup, it certainly has a lot of sentimental value,” the stolen cup’s owner, Digger’s Rest local Mark Ruff, told 3AW on Tuesday.

Mr Ruff was a part-owner of Rekindling, whose major owner was Lloyd Williams.

“When we were lucky enough to be involved in the ownership of Rekindling,” Mr Ruff told RSN Racing & Sport.

“We had our own version of the cup from that year and it was proudly displayed at our local restaurant for two years.”

That was, until it was stolen at the weekend.

“It’s just a good thing for a lot of local people … people get their photo taken with it. We’d just rather it be there than sitting in our lounge room,” he said.

Anyone with information about the burglary is asked to contact Crime Stoppers on 1800 333 000.