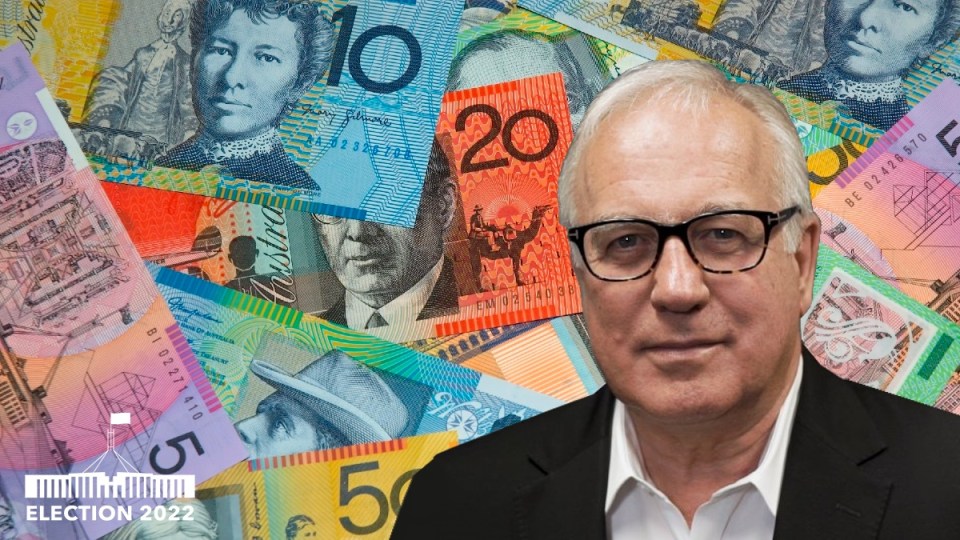 Anthony Albanese would have spent the past three nights in his hotel rooms staring, red-eyed, at the Australian Bureau of Statistics website, memorising economic data; he will now presumably be a statistical encyclopedia, an economic savant.

Not knowing the unemployment rate on Monday was a genuine shocker, from which it will be hard to recover, and should be.

Moreover, by saying unemployment is 5 point um, er, 4, instead of the 4 per cent that it is, the Opposition Leader was showing that he’s been paying too much attention to the popular media, because he seems to think things are worse than they are.

The government can’t decide either, telling us how good things are while compensating us with cash and cheaper petrol for how bad things are. No wonder there’s confusion about.

The new Premier of South Australia, Peter Malinauskas, is not confused. In his National Press Club address last week, he said: “Let’s start with what we all know to be the case. As we stand today, the immediate challenge of our national policy is very obviously the cost-of-living pressures that have finally found their way, again, from kitchen table to cabinet table.”

But that’s not obvious at all: The economy is booming. It hasn’t been this good since John Howard won easily in October 2004 or since Bob Hawke increased his majority in July 1987.

At both of those elections, GDP growth was 4 per cent; this time it’s 4.2 per cent, and the unemployment rate is already a lot lower than it was in 1987 or 2004, heading lower.

How good is the economy? Well, CBA’s household spending index, released on Tuesday, is at a record high, as is retail profitability and business conditions generally. Turnover is up in every industry. New vehicle sales are the strongest in four years, if you can get one. Job vacancies are at a record high. Postings on the Indeed jobs website are 121 per cent higher than before the pandemic. Unemployment would already be below 4 per cent, heading for 3. Wages have already starting rising, rapidly.

So why does the economy feel worse, and why is the accepted wisdom that the No.1 national problem is cost-of-living pressure?

And why is a government that should be skating to victory on the lowest unemployment rate in a generation actually in serious trouble?

There are a lot of good reasons for this, it seems to me:

But perhaps the biggest reason of all is that the economy and the cost of living are not really the main issues this time – it’s climate change, which everyone knows really is terrible but it’s not being discussed by the main combatants in the campaign at all … yet.

The economy is booming, but the government isn’t getting credit for it, even though it is plainly responsible for it.

That’s because the boom resulted from overcompensating for the pandemic with too much fiscal stimulus, which led to a colossal amount of government debt that the Coalition has always told us is really bad, a sign of terrible economic management, something the Labor Party does, not the Coalition.

But above all it’s because the election is about something that the Coalition has completely stuffed up.

Anyway, it feels to many people like the economy is not booming at all, for the reasons listed above, but the Opposition is not getting a lift from that because nobody thinks Anthony Albanese would do any better – and that was before he got the unemployment rate and cash rate wrong.

Through years of misleading repetition, Labor has been successfully branded as the party of deficits and debts, even though it has never come close to the current amount of deficit and debt, and anyway debt is now OK because this time the Coalition did it, and it produced an economic boom, although nobody believes there is one and the debt is completely out of control.

Anthony Albanese’s spectacular gaffe on Monday was emblematic of a weird, confusing election.

Except not this time in Australia: It’s too confusing.

The ALP is ahead in the polls because the Prime Minister is not well liked and because he completely messed up the most important issue of our time – climate change.

It’s as simple as that.