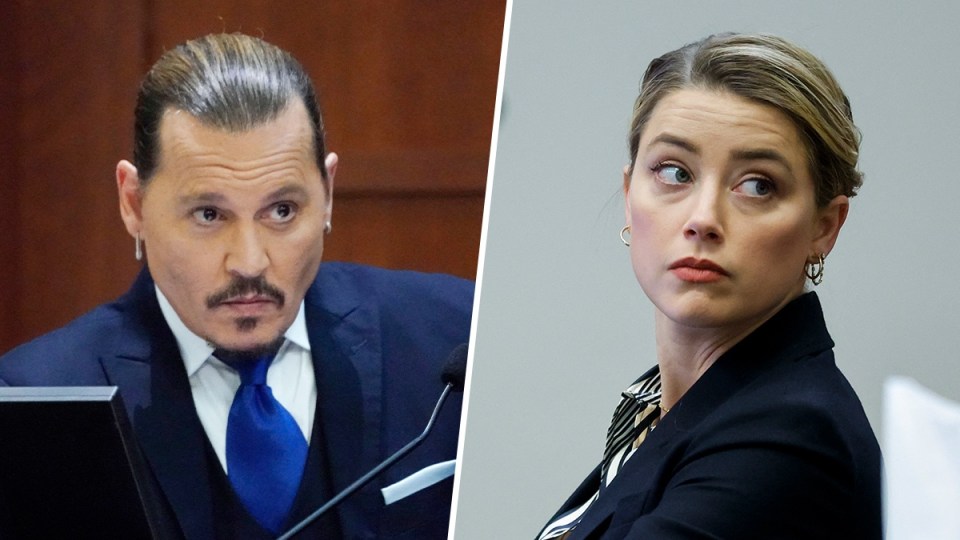 The Depp-Heard court case shows how the movie scenes can differ so starkly before and after the credits roll, writes Madonna King.
opinion

Not often do we see what really goes on behind the closed doors of someone else’s marriage, let alone the rich and famous – like Johnny Depp and ex-wife Amber Heard.

To movie buffs and Hollywood fans, only a few years ago, they looked as though they had it all.

Heard is in her mid-30s now, with a baby girl whose father remains a mystery. She’s able to get hundreds and hundreds of thousands of likes with a single social media post.

And living their lives outside the rules. (Remember Barnaby Joyce threatening to put their two Yorkshire terriers Pistol and Boo down if they didn’t send them back to the US because they’d entered the country without permission).

That idyllic life is being exposed now in a court case in Fairfax, Virginia – a story that has millions of daily followers online, and a lesson in every witness statement.

This is inside Hollywood. And if the Will Smith slap provided the entree to a dark and violent world, that is hidden on screen, then the Johnny Depp and Amber Heard case is delivering the main course.

A smorgasbord of betrayal and violence, of vulgar accusations, insults and according to both sides, lies.

A step back for those who have successfully side-stepped the hourly courtroom updates.

And then two years later, in 2018, Amber Heard wrote a powerful opinion piece for The Washington Post in which she described herself as a domestic violence survivor.

That’s the big picture, but it’s the disturbing revelations and behind-closed-doors relationship that should have us responding with anything other than laughs.

This relationship – irrespective of who is right or wrong – was toxic, and provides case notes by the bundle to add to the domestic violence conversation many countries are now having.

Audio evidence shows them fighting over what is a slap, a hit and a punch – where the slap and hit seem perfectly normal behaviour. It’s only when closed fists are involved that actions become wrong.

But that’s just a tiny slice of what is being heard, very publicly, each day. Accusations of threesomes, involving billionaire Elon Musk (who has denied that claim), while they were still married, faecal matter left on a bed, flying vodka bottles, trashed hotel rooms, severed fingers, and alcohol and drug benders.

Some of it is described as emblematic of their relationship and how they squabbled. And of all the evidence in the civil defamation case, perhaps that is the most sickening evidence of serious domestic violence. Both claim to be the victim.

Like many violent relationships, perhaps there were early signs. The Pirates of the Caribbean star, in evidence, told a friend a year before they married that he was going to “stop the booze thing’’.

“Drank all night before I picked Amber up to fly to LA this past Sunday … Ugly mate … No food for days … Powders … Half a bottle of Whiskey … a thousand red bull and vodkas, pills, two bottles of Champers on plane and what do you get? An angry, aggro injun in a f***ing blackout, screaming obscenities and insulting any f*** who got near …’’

Or the year before that in 2013 – and two years before he married who was then the love of his life, he suggested to a friend – according to evidence heard by the court – that they “burn Amber’’.

“Let’s drown her before we burn her! I will f*** her burnt corpse afterwards to make sure she’s dead.”

It shows how the movie scenes can differ so starkly before and after the credits roll.

It’s sad. It’s terrifying. But it’s contagious – and that’s sad in itself.

Madonna King: This courtroom battle provides case notes to a conversation we still need to have