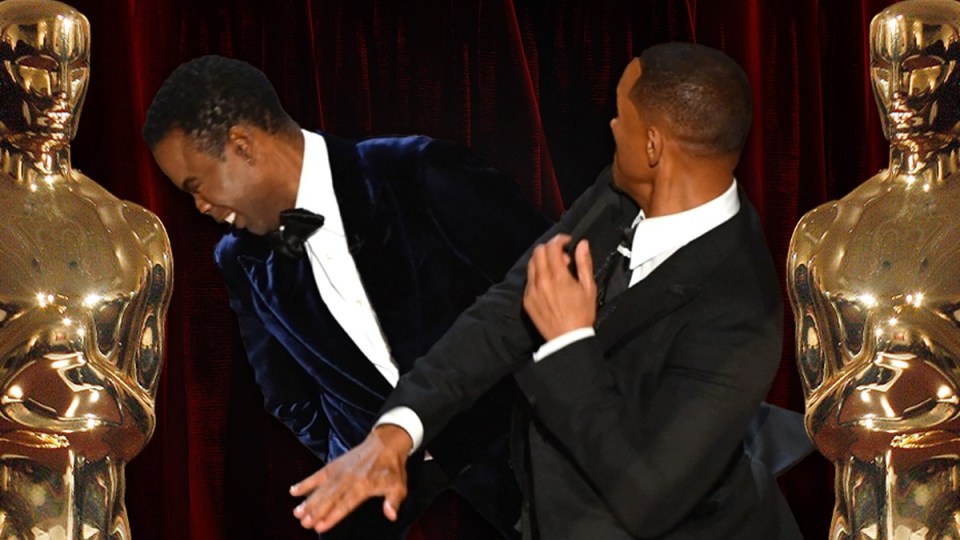 Will Smith now faces suspension, expulsion or other sanctions after he slapped presenter Chris Rock across the face at the 94th Academy Awards on Monday.

In a revealing statement released on Wednesday, the Academy of Motion Picture Arts and Sciences said it asked Smith to leave the ceremony at the Dolby Theatre, but the actor refused.

The Academy’s board of governors has initiated disciplinary proceedings against Smith for his “inappropriate physical contact, abusive or threatening behaviour, and compromising the integrity of the Academy”.

Less than an hour after the assault, Smith was awarded the Best Actor gong for his performance as Richard Williams in the tennis biopic King Richard.

He has until April 18, which is when the board meets, to defend his actions in a written response.

The Academy described Smith’s actions as “a deeply shocking, traumatic event to witness in person and on television”.

The board apologised to Rock and thanked him for his “resilience in that moment”. It also apologised to nominees, guests and viewers.

“Things unfolded in a way we could not have anticipated. While we would like to clarify that Mr Smith was asked to leave the ceremony and refused, we also recognise we could have handled the situation differently,” the statement read.

According to Variety, Academy president David Rubin and Academy CEO Dawn Hudson sent a separate letter to their members on Monday to describe Smith’s actions as an “outrage” that “overshadowed” the evening’s highlights.

The board will make “a determination on appropriate action for Mr Smith”, a process that will take several weeks.

The slap was quickly labelled the “ugliest Oscar moment ever” by some, including Star Wars actor Mark Hamill, but others were quick to point out the Academy’s dark history.

Many on social media platforms like Twitter spoke of the 1973 ceremony, during which Sacheen Littlefeather was booed after she politely declined the award for Best Actor on behalf of Marlon Brando for his performance in The Godfather.

Brando wanted to give Littlefeather a platform to speak about the negative depictions of First Nations Americans in films of the time, as well as the historic standoff between Native American activists and federal marshals at Wounded Knee, South Dakota.

Two hundred Oglala Sioux activists took control of the town and its residents, demanding that the US government honour their treaties from the 19th and 20th centuries.

In a 2016 interview with The Globe and Mail, Littlefeather said half of the audience booed while the other half listened and said, “Let her speak”.

“I was given 60 seconds by the producer to make that speech or I would be arrested. John Wayne was waiting backstage to take me off. He had to be restrained by six security men,” she said.

Afterwards, Clint Eastwood took to the stage to present an Oscar and mocked Littlefeather’s speech.

“I don’t know if I should present this award on behalf of all the cowboys shot in all the John Ford westerns over the years.”

Could Will Smith lose his Oscar?

On Monday’s episode of The View, co-host Whoopi Goldberg voiced her thoughts on the fate of Smith’s golden statuette.

“We’re not going to take that Oscar from him,” Goldberg, a member of the Academy’s board of governors, said on the show.

“There will be consequences, I’m sure, but I don’t think that’s what they’ll do – particularly because Chris said, ‘Listen, I’m not pressing any charges.’”

A suspension is more likely.

Disgraced Hollywood producer Harvey Weinstein was expelled from the Academy in 2017 after The New York Times detailed decades of sexual misconduct allegations against him.

Though convicted, the Academy did not take away Weinstein’s Oscar for producing Shakespeare in Love in 1999.

His name is still listed as a winner of the 1999 Best Picture award on the Academy website.

Roman Polanski, who was convicted of raping a 13-year-old girl, was stripped of his Academy membership in 2018.

He has two Oscars to his name for the film The Pianist, including Best Director.

During his acceptance speech, a tearful Smith spoke about portraying a “fierce defender of his family” in King Richard.

Smith rushed the stage after Rock made a joke about Jada Pinkett Smith’s shaved head.

Although Smith initially laughed off the joke about his wife, Pinkett Smith looked irritated.

And that’s when Smith launched out of his seat and slapped Rock.

“Keep my wife’s name out of your f—ing mouth,” he shouted twice.

Smith apologised to the Academy and fellow nominees during his acceptance speech. He spoke about wanting to be a vessel for love and an ambassador for love, care and concern.

He added, “Love will make you do crazy things.”

Smith’s speech earned him a standing ovation from the crowd.

Others online weren’t as forgiving and slammed the actor for turning to violence.

In his full apology on Instagram, Smith said Rock’s joke about Pinkett Smith’s medical condition was “too much” for him to bear and he “reacted emotionally”.

Smith apologised publicly to Rock, the Academy and the Williams family.