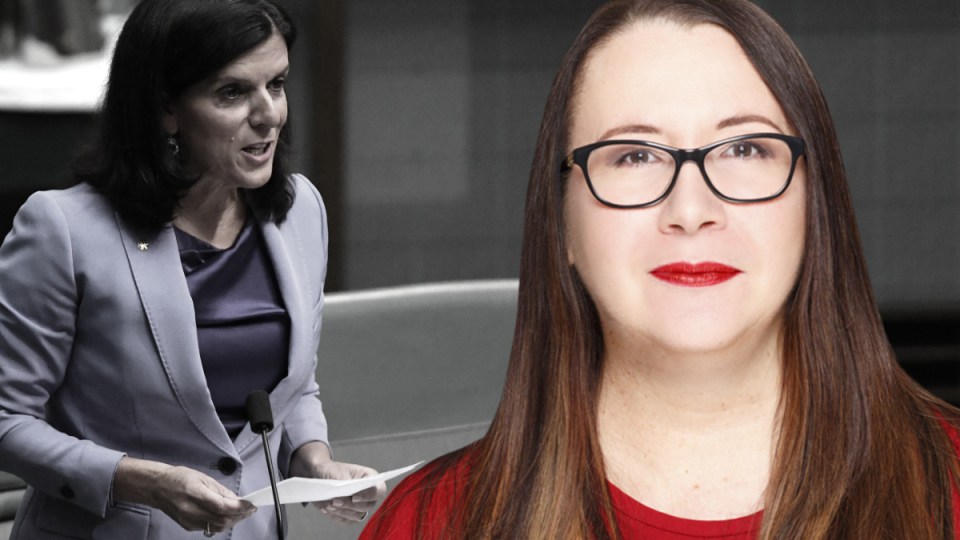 As predictable as it was depressing, the reaction to Julia Banks' book shows sexism is still rife in politics, Paula Matthewson writes. Photo: TND
analysis

It would be alarming if it wasn’t so, well, expected.

Both camps scrambled over each other in the race to discredit and dismiss Ms Banks, giving priority to their own political allegiances rather than address the real issues raised by her book.

For every claim that ‘she wasn’t cut out for politics’ and sly reference to her mental health, there were rejections of Ms Banks’ revelations as being ‘too little, too late’, deficient because she didn’t name names, or invalidated by her willingness to sign up as a Liberal MP in the first place.

All of which is a frustrating and depressing reminder why it’s so hard to call out – let alone clean out – the toxic, paternalistic and sexist culture that’s firmly entrenched in Australian politics.

Unless you’ve actually risked your current and future livelihood to call out the patriarchy in your party/workplace/community then you probably can’t empathise with Julia Banks for waiting until now to blow the lid on the Liberals.

But those of us who have been there know exactly how difficult it can be to speak out.

For Liberal women, the motivation is strong to change the organisation from within, given the Liberals are the party of individual effort and action.

For some, including me, it takes a long time to make the decision to walk away and give up any chance of succeeding in an environment that will shun you for speaking out.

It also takes a long time to realise that you have been – to some extent – enabling the patriarchy that you’re trying to subvert.

Of course, some of these realisations and repercussions aren’t limited to the Liberals.

The same issues – perhaps to a more or less extent – apply in Labor, the Nationals, unions, the media, businesses and too many other workplaces.

Yes, the first step to changing this fetid culture is to call it out, and with the exception of Greens senator Sarah Hanson Young, most women have either done so confidentially or gone public after they’ve left politics.

And yes, I understand that people get impatient with politicians that don’t speak out until they’re out of the system – I’m guilty of that, too.

It’s frustrating to ponder what those same words could have achieved if uttered by a person inside the system.

But the reality is they would have either been paid off for their silence with a promotion or overseas trip, or dismissed, gaslit and crushed by their peers for speaking out from within.

As was the case with Julia Banks, who writes in her book Power Play – to be released this week – that when she told the PM that she planned to resign from the Liberals:

… Morrison was like constant, menacing, background wallpaper, imperceptibly controlling his obliging intermediaries to do his work for him. I would find out from various reliable sources that during the agreed 24 hours before I released my statement, there was intense backgrounding from the Prime Minister’s Office and other senior Liberal sources to the media that I was a weak, over-emotional woman who had not coped with the coup week.

When the PM finally did call Ms Banks:

The caller’s tone was bullying, short and swift and coldly calculating. It was Morrison.

I’d been trying to speak to him all day; I wanted to tell him directly to get his bully boys to back off… He offered to send me to New York as the United Nations delegate, all expenses paid, for months in a lavish hotel (at taxpayers’ expense). I declined. He offered to “negotiate with Bill [Shorten, then opposition leader] for a pair” [which is] when the two political parties rebalance their numbers for voting when an MP is absent from the chamber for personal, parental or sick leave reasons. It could have effectively meant I’d be on “unlimited sick leave”, or more likely “unlimited mental health leave”, for the remainder of the term.

The fact that this would align with the “emotionally and mentally unwell” narrative was not lost on me. “I am not sick,” I said.

It might take a while for people such as Ms Banks to tell their story after leaving politics, but why shouldn’t they be given the chance to recalibrate, get healthy and secure their future before taking the big risk of speaking out?

Only the most selfless of us would do so with no thought to how we would survive.

The issues being faced by women should be bigger than our political allegiances. Last time I looked, the patriarchy still ruled in most political parties, so how about we put women first for a change?

Instead of whingeing that a former female MP hasn’t done enough to punish the party we don’t support, try reading the important books and words of women who have spoken out in the party you do support.

If you are truly invested in destroying the joint for all women in politics, best look to your own parties as well.

And put the responsibility for change on men, not the women who do or don’t speak out.

Paula Matthewson is author of the book On Merit, which examines the Liberal Party’s ‘women problem’. She was media adviser to John Howard in the early 1990s and then worked for almost 25 years in communication, political and industry advocacy roles