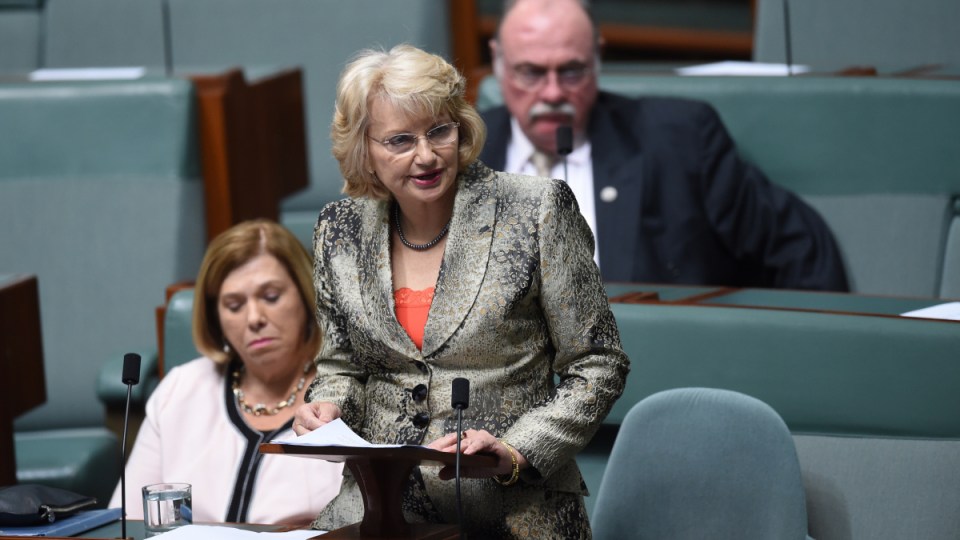 Canberra’s problem with women has been encouraged for decades by a boys’ club mentality that chases women out of politics and protects poor behaviour.

That is the message from former female members of parliament who are speaking out against the culture, and asking women still walking the halls of power to do the same, or risk losing this moment of change.

“I don’t think anyone can be shocked and dismayed by what has transpired recently,” Dr Stone said.

She rattled off a long list of names including Nicolle Flint, Kate Ellis, Nicola Roxon, Julia Banks, Julie Bishop – who had all decried the sexist culture in Canberra after leaving.

The number of women who have left parliament … that number has to ring alarm bells, as should the turnover of staff,” Dr Stone said.

“They cite how it’s not conducive to them having a work-life balance, or they talk about the toxic environment.

“We want the parliament to be the most inclusive place, to properly represent the Australian population. But if this persists, who would want to put their hand up and run?”

Dr Stone said that while Prime Minister Scott Morrison had done the right thing in admitting there was a problem, the LNP needed to do more to respect and promote the women within their ranks.

“Women on the LNP side are hugely outnumbered, way below 30 per cent,” she said.

I was there when Tony Abbott chose only one woman for his cabinet. Other women in the party who felt equally qualified and experienced had to wonder ‘Well, why is that?’

“As women in parliament, we are very conscious it is a ‘man contest’.”

Dr Stone said a culture of secrecy, and who you know not what you know, leads to cliques forming, where parliamentarians and staffers are promoted based on who they are mates with, not on merit, “which can be exclusive. And In this case, it excludes women.”

Dr Stone said Liberal MPs and staffers considering coming forward with their experiences of sexism would be “feeling the pinch” to stay quiet so as not to risk making the party look bad.

“It’s all about maintaining power, control and government,” she said.

“They would be feeling the pinch not to come forward … or do anything that might rock the boat, especially in the current environment because the seats are so evenly divided.”

Although Dr Stone acknowledged the political culture silenced female MPs and staffers, she called on women across the political spectrum to stand up and publicly call out sexism, arguing that is the only way forward.

“This can’t just be another ‘once over lightly, quick and dirty’ investigation where we don’t see any real information. That will just be the same old same old. Something must be done,” she said.

To clean up the culture in Canberra the government needs to set up an independent body to deal with claims of sexism and harassment and have more transparency over the hiring and firing of staff, Dr Stone said.

“It’s not rocket science,” she said.

Dr Stone is not the only one with concerns about the culture in Australia’s halls of power.

Former Labor Senator Trish Crossin, who became the first Northern Territory woman voted into Parliament in 1998 and stayed for 15 years, said Canberra has always been a “boys’ club”.

There’s always been quite a discreet boys club that happens in parliament but it would seem the culture has gotten worse,” Ms Crossin said.

She said the toxic culture was turning off talented women.

“I think the more women look inside, the more it deters them to stand. Or if they are currently politicians, they get out and don’t seek pre-selection,” Ms Crossin said.

Ms Crossin is now working with Gender Equity Victoria to develop a plan to safeguard women in politics, including an annual survey where women can anonymously report their views and experiences.

“There’s no gender-equity audit. There’s no assessment of how safe the workplace is for people,” she said.

It’s okay to have a short, sharp inquiry to see what’s happening, but we need a long term solution.

“In some ways, this is an opportunity to make long term sustainable change that protects not just women in that workplace, but every worker.”

The list of female MPs who have decried the sexist culture after walking out the door has been getting longer for years.

Upon leaving politics Julie Bishop famously opened up about how lonely it can be for women, and called out her colleagues’ “appalling behaviour”.

“It is evident that there is an acceptance of a level of behaviour in Canberra that would not be tolerated in any other workplace across Australia,” Ms Bishop told the audience at a Women’s Weekly awards event in Sydney in 2018.

“I have seen and witnessed and experienced some appalling behaviour in parliament, the kind of behaviour that 20 years ago, when I was managing partner of a law firm of 200 employees, I would never have accepted. Yet in Parliament, it’s the norm.”

‘Something must be done’: Former Liberal MP slams culture that ‘excludes’ women