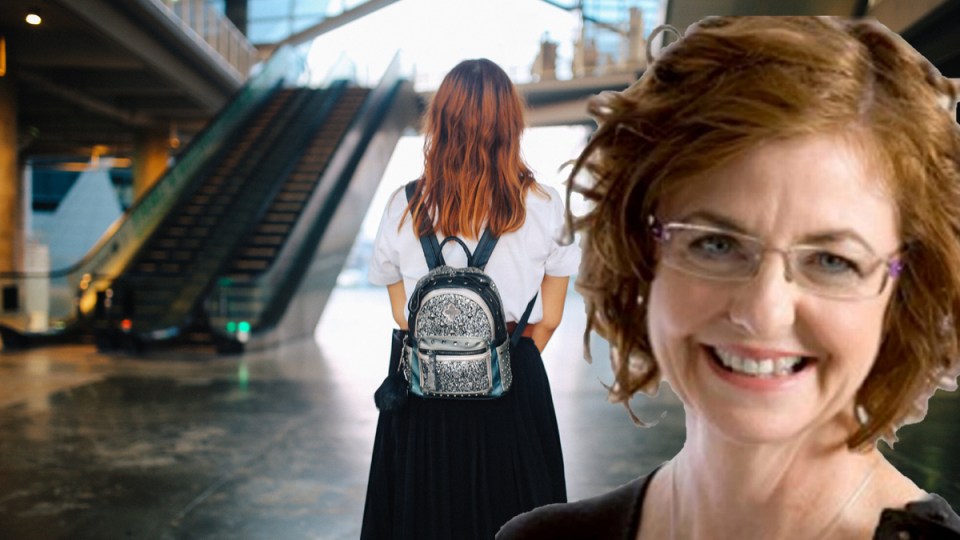 Our teen girls are being shamed when they should be supported, Madonna King writes. Photo: Getty
opinion

“Did her parents know where she was?’’

“She went back to his room willingly, didn’t she?’’

Four comments, all delivered to me, on the back of the debate about teenage girls being sexually abused by peers at private and public schools across Australia.

And they serve as nothing more than an excuse to ignore the criminal behaviour of some boys and young men, who have no idea of the word ‘consent’ or its meaning.

Being drunk does not mean “I want sex’’.

Neither does being out at a party, at the age of 15. Or going back to someone’s room. Or accepting a lift home.

And to allow this victim shaming – where the focus is on the victim and not the criminal act of the perpetrator – is dangerous because it ignores the problem at the heart of this whole sorry saga.

When did it become OK to accept – by ignoring – the fact that thousands of school girls are being sexually assaulted at parties?

For God’s sake, the Prime Minister Scott Morrison has still not addressed this issue – despite schools across the nation sending letters home to parents, calling crisis meetings, holding special assemblies and despite the fact that 4000 Australian girls are now saying they have been raped or abused by a peer.

And part of the reason why this hasn’t become a national crisis (which it should be) is because we have allowed an undercurrent of victim shaming to permeate this debate.

You can hear it on talkback, and around the water bubbler at work, and in response to those speaking out strongly for action.

She was drunk. She didn’t fight him off. She led him on. I’ve been told all those things.

“Older women need to advise and role-model those girls that haven’t had the right ‘Mother care’ and guide them on the angst journey through puberty.’’

This is the actual view of one reader.

What? What about role models for the boys who are raping these girls? Where’s the ‘father care’? Why focus on the girls, not the boys?

It is understandable that most people might think that a 13-year-old girl shouldn’t be out late, at a party, without her parent’s consent.

And that a 15-year-old shouldn’t be drunk.

And that an inebriated teen girl might be less able to judge the night’s trajectory than one sober.

But that doesn’t mean she’s asking to be assaulted.

They are parental issues or behavioural issues; they are not invitations for forced sex or abuse. And that’s the behaviour that we need to target, as a matter of urgency.

No girl – whether she’s drunk or sober, at a party or at home, in a relationship or not – should ever be forced to have sex. That’s the issue here.

Rape can never, ever be excusable. Consent has to be part of the equation – and those who don’t understand that should have time to think about it, in jail.

The fact that girls, for so long, have been silent doesn’t soften the impact of these crimes, and it’s heartbreaking that we are now only hearing of how a rape at a teen party has been so often behind suicides and self-harm, the inability to find loving relationships, and long-term broken futures.

Girls’ schools across Australia are reaching out to past students, offering counselling and an embrace.

Some boys’ schools – notably fewer – are also listening to the pleas from girls and young women, who have bravely spoken out.

And it’s ludicrous to suggest that this is just a private school issue. It’s a criminal issue affecting those in high school – and it needs to be addressed in primary school.

Understanding consent is important here. So is learning respect. Being a decent person. Abiding by the law. Acknowledging the girls’ stories. Holding an inquiry. Learning from the principals of our big girls’ schools. The list, to fix this, is long and it should start with the Prime Minister.

Scott Morrison asked his wife Jenny for advice recently; something I thought showed he was willing to listen to a perspective he might not understand. This weekend, he should talk to his daughters too.

Because, as the voice of our teen girls grow, our hope has to be that this sort of unchecked criminal behaviour is identified, and stopped.

Madonna King: Why are we victim-shaming teenage girls? We should be educating all