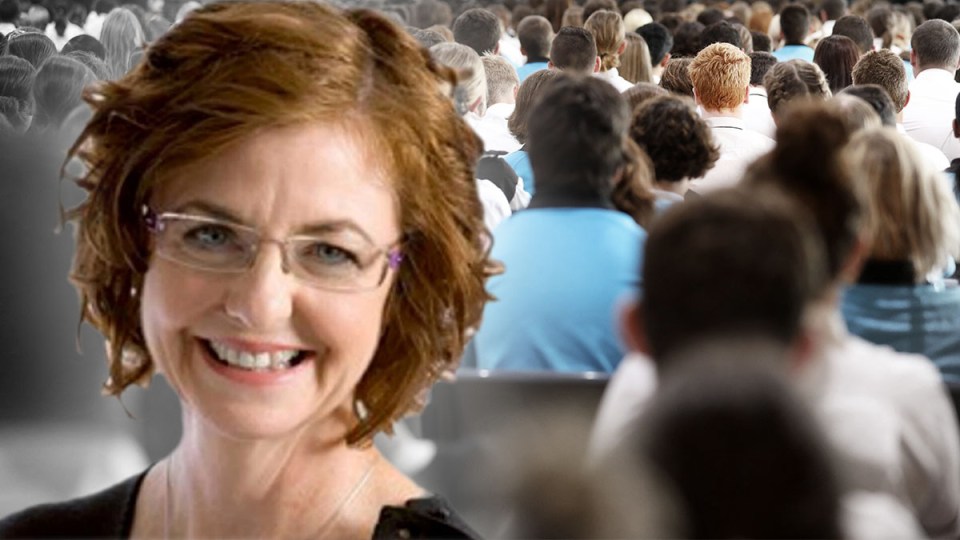 Our teens aren't escaping sexual assault – and we need to do more to help them, Madonna King writes.
opinion

For years, schools have been silently dealing with a tricky and vile problem: Counselling sessions, often on Monday, with girls aged as young as 13, who are traumatised from sexual assault.

But in our own “me too’’ moment, and lifted by the courage of Brittany Higgins, school girls across Australia this week are speaking up to tell their own awful stories of being raped by peers while drunk at parties.

Former Sydney school student Chanel Contos is gathering the stories, and claims to now have hundreds and hundreds of sexual assault allegations.

Most of those are levelled at students of all-boy schools in Australia, but include some boys admitting their wrongdoing.

These claims are not new to those who work with teen girls. But they should break all our hearts.

Girls as young as 13 living with a secret that is stalking their waking hours.

Girls who don’t know where to turn or who to blame or how to report something they know is so wrong.

Girls who sit at the breakfast table wearing a smile to hide the hurt and trauma and confusion.

That’s the point both Brittany Higgins and Chanel Contos are making. It is wrong. It is criminal. And it must stop.

Contos is campaigning for both lessons in consent and sex eduction to start earlier – and there isn’t an expert who would disagree with that.

“It’s parents who object when we try to introduce sex education earlier,’’ one Melbourne educator said this week.

Whether you are the parent of a teen girl or a teen boy, this behaviour has to be understood better, called out always, and stopped.’’

And the fact that is happening in schools, everywhere, should be enough for Prime Minister Scott Morrison to understand this is not an issue he can dodge any longer. If he’s in any doubt, he should ask his wife.

Girls need to understand they are not at fault when someone – perhaps a friend from a neighbouring school – begins groping them on a bed at party.

When they wake the next day, remembering this moment – they have to know, they might be a victim of rape, but they are not to blame.

And boys need to be held to account for behaviour that is not only wrong – it’s criminal.

It is a crime to rape someone.

Brittany Higgins has started a discussion that schools have been navigating for years.

Dr Briony Scott, from Sydney’s Wenona School, highlighted that this week, writing in the Sydney Morning Herald that “the extent of peer-on-peer assault in this country and the number of sexual assaults against adolescents, within any community, is breathtaking’’.

Dr Scott, who is one of the nation’s most respected educators, says it happens “in any school anywhere’’.

A second principal on Wednesday welcomed the public revelations of how often school girls were sexually assaulted while drunk, saying it could be the impetus to address a systemic cancer that schools had been dealing with behind closed doors.

No school principal is shocked by the rising number of allegations; they deal weekly with the trauma and heartache and shame some girls struggle with, after an encounter they can barely bring themselves to talk about.

This week’s decision by so many girls to speak out signals a change; their own ‘me too’ moment, and a call for us to listen to them, support them, and do what we can – as parents and politicians and policy makers – to forge change.

This isn’t about an alleged sexual assault in one Canberra office any more.

The flood of stories that continues to rise each day, shows a systemic cancer breaking the hearts and futures of too many young women.’’

Teen girls need to be given a bigger voice and we need to listen to them. We need to start sex eduction earlier. We need to teach consent. And we need to hold young men accountable for the crimes they commit.

But we need to walk and chew gum at the same time, by not demonising the majority of teen boys for the criminal behaviour of a few peers.

As a society, it’s so easy to pull out the broad brush. We can’t afford to do that here.

At schools and in workplaces today the majority of boys and young men are respectful and as abhorred as the rest of us by the epidemic of sexual assaults now being revealed.

This isn’t a gender thing. This is a criminal thing.

Madonna King: Our schoolkids aren’t immune to sexual assault – they need our help most