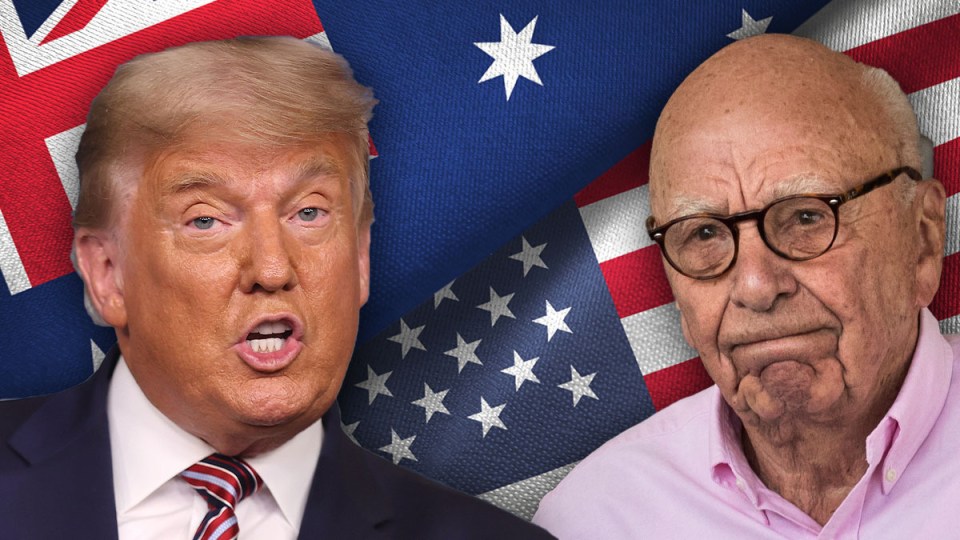 Donald Trump’s time as president is over – but there’s good reason for Australians to keep paying attention. Photo: Getty/ TND

The US election is over, I think, and Joe Biden will be the country’s next President once Donald Trump and his milksops are done with their tantrums and try-ons.

As the process grinds on, Australians should collectively thank the Hawke government which in its earliest days was smart enough to create the Australian Electoral Commission.

The AEC puts elections beyond the manipulations of politicians and, even more importantly, gives us confidence in outcomes.

The American system, overseen by a patchwork of Republicans and Democrats, is a recipe for the sort of confusion that now threatens to undermine not only the vote but the legitimacy of a Biden government, if Trump boosters have their way.

The strength of our electoral processes is one of the obvious takeaways from the US election, but there are others we should heed. And not all are as comforting.

At crucial points, Rupert Murdoch’s Fox News stood up for the democratic process in the US: calling Arizona early, acknowledging Mr Biden’s win, even cutting away from Trump’s press secretary, Kayleigh McEnany, as she spouted fake election nonsense.

But Sky News? Nah. Their nightly line-up, which increasingly looks like the bar scene out of Star Wars, almost universally crowed too early during Mr Trump’s “Red Mirage” and then trotted out conspiracy theories when it all went up like a dumpster fire.

And they were still doing it a week after the vote.

Which makes me wonder: If they’re so wide-eyed and kooky over the US election, how can we possibly expect balance and fairness from them when we go to the polls, probably next year?

America means more to us than we care to admit

I must confess, for the few hours last week when it looked like Mr Trump was going to get back, I was plunged into the sort of despair usually reserved for Essendon finals.

Then, when it turned around, there was a lightness about me that I hadn’t experienced since I dabbled with the Atkins Diet back in the 1990s. (I suspect the benefits will endure longer this time.)

Having lived and worked in the US several times, this wasn’t a surprise to me. I didn’t want a country I love and once considered as a permanent home to slip away because of the tawdry exploits of a few grifters.

What did surprise though me was just how much Australians generally were invested in the election.

While most of us probably have our roots in Britain, Europe and Asia, the US still stands as something of a beacon.

We need it to resume its place at the centre of world events. Mr Biden has pledged to do that. Let’s hope he’s able to.

Enough of the polling already

Let me be clear here: Any news executive who routinely spends money on political polling is devoid of ideas.

It’s a lazy way to get a story, usually on a quiet Monday, slow Sunday or an “is there anybody out there” public holiday. (I may have done it once, possibly twice, myself.)

US polling suggested a landslide for Mr Biden. While his win was comfortable in the end, it was a long way short of seismic.

Unless pollsters can get their methodology right, I see little point in continuing down a road that missed Mr Trump’s win four years ago, Scott Morrison’s 18 months ago and Brexit before all that.

Spend the money it costs to poll – and it’s considerable – on journalists and journalism.

Mr Biden has already signalled that tackling climate change is one of his high priority issues and that America will be rejoining the Paris accord.

Which puts enormous pressure on Scott Morrison and his band of coal lovers. If he’s not careful, Australia will be an outlier on the issue and that’s probably not a position he’d like to take to the next election.

The end of the Trump era should also send Mr Morrison a clear message that voters expect high standards from their leaders.

The PM might want to mention that to some of his randier ministers.

Democracy can ebb away if entrusted to wrong people

Mr Trump isn’t done trashing American democracy just yet. God knows what atrocities he’ll visit upon its people in the weeks before the handover to Mr Biden on January 20.

His four years in office have been marked by steady incursions into norms and processes established over centuries.

He’s been aided in this by a particularly venal bunch, some of them elected, many not – and quite a few related to the President.

We were told four years ago that America’s democratic checks and balances would forestall any such shenanigans. Yeah, right.

It’s a reminder that we have to remain vigilant, otherwise democracy truly slips away.

We should always demand higher standards of our MPs and reject any attempt to restrict the processes designed to deliver good governance.

Joe Hockey embarrassed himself and us with his reckless buy-in to the Trump team’s fake election fantasy.

Our former ambassador to the US has gone into the lobbying business over there. Pretty sure the Biden administration won’t be welcoming him to the White House.

Bruce Guthrie is co-founder of The New Daily and a former editor-in-chief of The Age, The Sunday Age and Herald Sun

Bruce Guthrie: What Australians should take from the US election