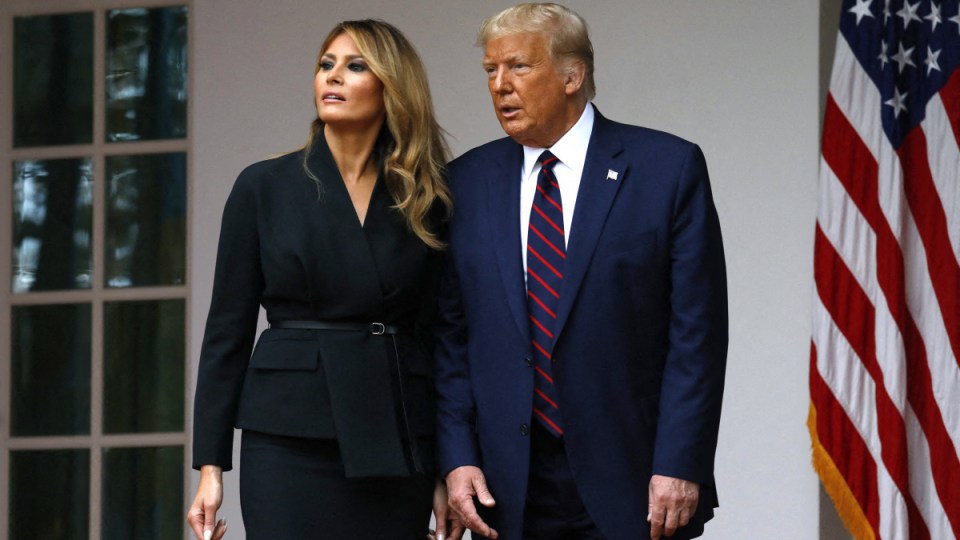 Melania and Me offers an unsympathetic portrayal of Donald Trump's wife. Photo: AP

The US Justice Department has sued the author of a tell-all book about first lady Melania Trump, claiming she broke their nondisclosure agreement.

In a lawsuit filed in US District Court in Washington on Tuesday (local time), Justice Department lawyers said Stephanie Winston Wolkoff, a former aide who fell out with the first lady, failed to submit a review draft of her book to government.

Melania and Me: The Rise and Fall of My Friendship with the First Lady offers an unflattering portrayal of President Donald Trump’s wife.

Ms Wolkoff said she had fulfilled all the terms of her agreement with Melania Trump and the confidentiality provisions ended “when the White House terminated the agreement”.

“The President and first lady’s use of the US Department of Justice to silence me is a violation of my First Amendment Rights and a blatant abuse of the government to pursue their own personal interests and goals,” she said.

She said she had exercised her right of free expression and “I will not be deterred by these bullying tactics”.

The complaint said the Justice Department has jurisdiction because of the first lady’s traditional public role dating back to Martha Washington, wife of the first US president, George Washington.

The government asked that any profits Ms Wolkoff might realise from the book and subsequent movie deal or documentaries be set aside into a “constructive trust” with the monies ultimately going to the Treasury Department.

Published six weeks ago, the book was for a time on the New York Times best seller list. It sells for $US16.80 on amazon.com.

“The United States seeks to hold Ms Wolkoff to her contractual and fiduciary obligations and to ensure she is not unjustly enriched by her breach of the duties she freely assumed when she served as an adviser to the first lady,” says the complaint.

It says Ms Wolkoff and Mrs Trump in August 2017 sealed a “gratuitous services agreement” related to “non-public, privileged and/or confidential information” that she might obtain during her service under the agreement.

Mr Trump, back on the campaign trail after being diagnosed with the coronavirus, held a rally in Johnstown, Pennsylvania where he urged supporters to get out and cast their ballot in the upcoming election.

Speaking in the home state of his presidential rival, Mr Biden, the US President was in a bullish mood.

“This election is a simple choice. If Biden wins, China wins, all these other countries win and we get ripped off by everybody.

“If we win, you win, Pennsylvania wins and America wins. Very simple.

“Together we are taking back our country. We are returning power to you, the American people.”

Meanwhile, Mr Trump’s Supreme Court nominee, Amy Coney Barrett, says she has given no commitments to the White House on how she will rule on Obamacare or election-related cases.

She has also declined to say whether she believes landmark rulings legalising abortion and gay marriage were properly decided.

Ms Barrett opted not to tell her Senate Judiciary Committee confirmation hearing on Tuesday if she would step aside from a major Obamacare case to be argued on November 10 or in any disputes arising from the November 3 election – as Democrats have requested.

The marathon questioning gave the conservative US appellate judge a chance to respond to Democrats who oppose her because they fear she will cast a decisive vote in striking down the 2010 healthcare law formally called the Affordable Care Act and its protections for people with pre-existing conditions.

“I am not here on a mission to destroy the Affordable Care Act,” Ms Barrett said.

“I’m just here to apply the law and adhere to the rule of law.”

He says he expects the Supreme Court to decide the election’s outcome as he faces Democratic challenger Joe Biden.

Ms Barrett said no one at the White House sought a commitment from her on how she would rule on that or any issue.

While Democrats were persistent in their questioning, the hearing retained a respectful tone and Ms Barrett remained even-tempered while nimbly sidestepping questions on her views on abortion, LGBT rights, gun control and voting rights.

In the Obamacare case, Mr Trump and Republican-led states are seeking to invalidate the law.

Asked about the ruling, Barrett said she would consider the usual factors on whether to overturn a precedent.

But Barrett indicated Roe v. Wade was not a “super-precedent” that could never potentially be overturned.

“I’m answering a lot of questions about Roe, which I think indicates Roe does not fall in that category,” Barrett said.

“Scholars across the spectrum say that doesn’t mean that Roe should be overruled but descriptively it does mean it is not a case that everyone has accepted.”