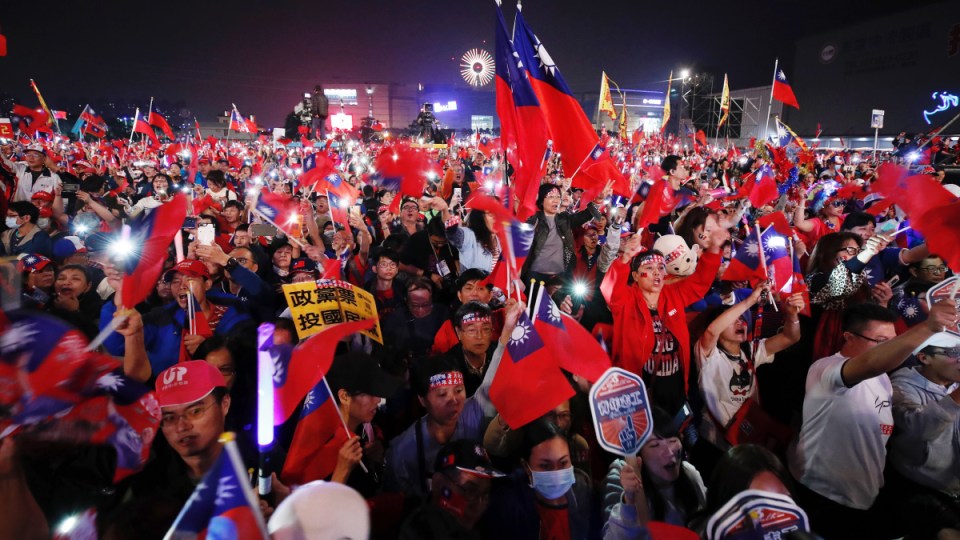 Taiwan has for the first time released a civil defence manual, amid fears of pressure from China. Photo: AAP

After a week of massed incursions by Chinese warplanes into its territorial airspace, Taiwan’s resolve to defy Beijing has been emphatically restated by the nation’s President.

Taiwan will continue to bolster its defences to ensure nobody can force the island to accept the path China has laid down for the island, said President Tsai Ing-wen in her National Day speech.

“We hope for an easing of cross-strait relations and will not act rashly, but there should be absolutely no illusions that the Taiwanese people will bow to pressure,” she said on Sunday.

“We will continue to bolster our national defence and demonstrate our determination to defend ourselves in order to ensure that nobody can force Taiwan to take the path China has laid out for us.

“This is because the path that China has laid out offers neither a free and democratic way of life for Taiwan, nor sovereignty for our 23 million people.”

Speaking on Saturday in Beijing, Chinese President Xi Jinping vowed to realise “peaceful reunification” with Taiwan and did not directly mention the use of force after a week of tensions with the island that sparked international concern.

Taipei reacted angrily to the speech, saying only Taiwan’s people have the right to decide their own future, and decrying China’s coercive tactics.

China refuses to speak to Tsai, re-elected by a landslide last year on a promise to stand up to Beijing.

She has made strengthening Taiwan’s defences a cornerstone of her administration to enable it to mount a more credible deterrence to China, which is ramping up an ambitious modernisation program of its own military.

Tsai warned that Taiwan’s situation is “more complex and fluid than at any other point in the past 72 years”, and that China’s massed squadrons’ incursions into Taiwan’s air defence zone has seriously affected national security and aviation safety.

Taiwan stands on the frontlines of defending democracy, Tsai added.

‘The greater the pressure from China’

“The more we achieve, the greater the pressure we face from China. So I want to remind all my fellow citizens that we do not have the privilege of letting down our guard.”

The armed forces were a major part of the National Day parade Tsai oversaw, with fighter jets roaring across the skies above the presidential office and truck-mounted missile launchers among other weaponry passing in front of the stage where she sat.

Australia, like most countries, has no official diplomatic ties with Taiwan, but has joined the United States in expressing concern at Chinese pressure.

Former Australian prime minister Tony Abbott visited Taiwan, which is claimed by China, in a personal capacity this week, meeting President Tsai and saying at a security forum that China may lash out with its economy slowing and finances “creaking”.

The Chinese embassy in Canberra responded with disdain.

“Tony Abbott is a failed and pitiful politician. His recent despicable and insane performance in Taiwan fully exposed his hideous anti-China features. This will only further discredit him,” it said in a brief statement on its website.

Taiwan President vows: We will never, ever bow to China