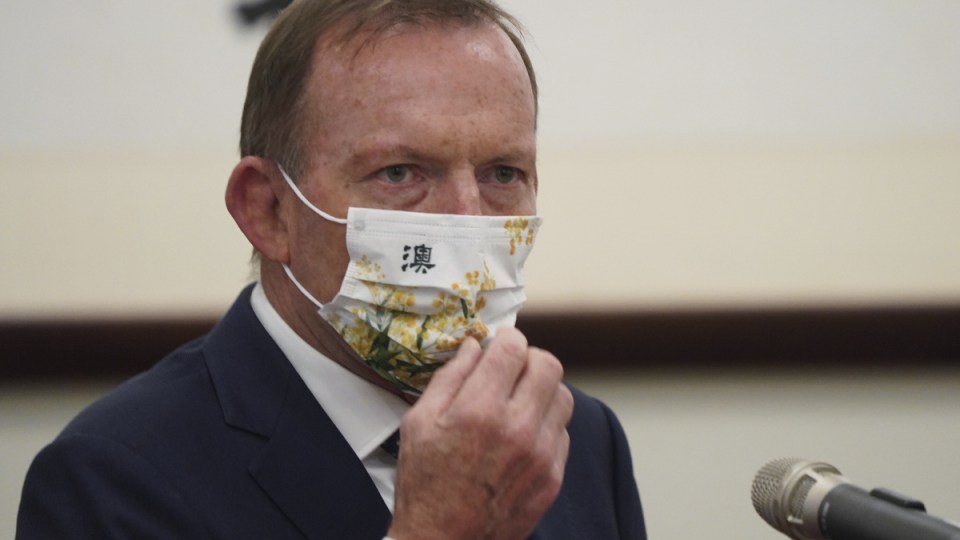 Former Australian prime minister Tony Abbott has accused China of being a bully and expressed enthusiastic support for Taiwan while visiting the democratically ruled island.

“Nothing is more pressing right now than solidarity with Taiwan,” Abbott told a conference on Friday.

China’s government has been seeking to isolate Taiwan, which it claims as its own territory.

It has stepped up military harassment of the island by flying fighter jets in the area, with a particularly large demonstration of force starting last Friday and continuing into this week.

Mr Abbott’s comments were to a conference organised by a think-tank backed by the Taiwan government.

The Australian government has said his visit to the island is unofficial.

Taiwan’s president Tsai Ing-wen launched the forum with a more restrained speech, omitting any direct mention of its powerful neighbour.

“Taiwan is fully committed to collaborating with regional players to prevent armed conflict in the South China Sea and in the Taiwan Strait,” she said.

Mr Abbott said that two years ago he hesitated to attend the meeting, called the Yushan Forum, for fear of provoking Beijing.

China until recently was Australia’s biggest market for exports of coal and other commodities.

Things had changed since then, he said, with Beijing tightening controls over Hong Kong and “weaponising” trade against Australia.

Beijing has also imposed high tariffs on Australian wine, coal, and barley in response to Australia’s call for a probe into the origins of the coronavirus which was first reported in the Chinese city of Wuhan in December 2019.

Mr Abbott said the Chinese Embassy in Australia had issued a list of demands that essentially stipulated “we become a tributary state”.

“Be a friend, and you’ll have friends. Be a bully and you’ll only have clients who can’t wait to escape,” Mr Abbott said, adding “collaboration is still possible, and trust could yet be rebuilt”.

Mr Abbott said the most important thing was to ensure Taiwan’s self-determination.

Chinese leaders have said they are determined to unite the island and the mainland, by force if necessary.

“Our challenge is to try to ensure that the unthinkable remains unlikely and that the possible does not become the probable,” Mr Abbott said.

“That’s why Taiwan’s friends are so important now, to stress that Taiwan’s future should be decided by its own people and to let Beijing know any attempt at coercion would have incalculable consequences.”