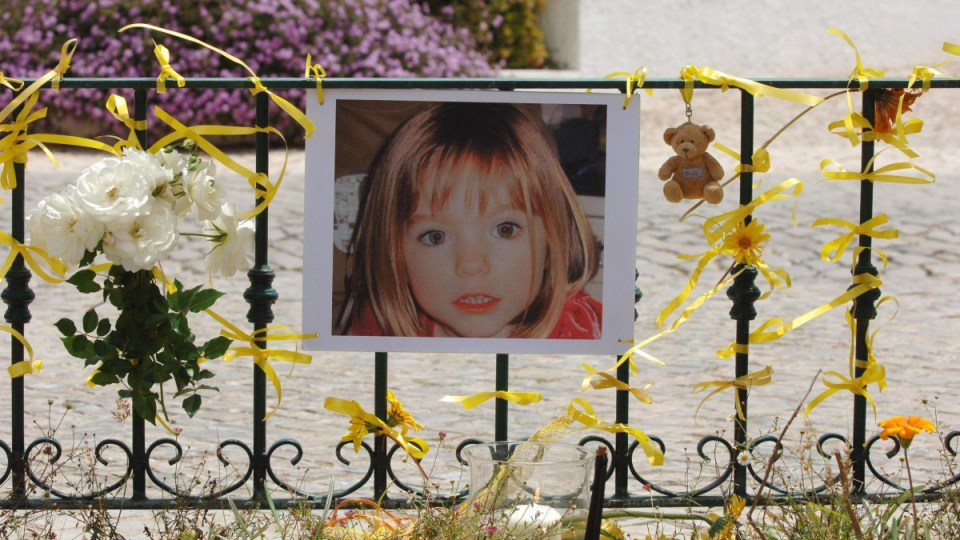 Ribbons were tied to railings outside the reception of the Ocean Club in Praia da Luz for Madeleine who went missing in 2007. Photo: Getty

German prosecutors have reportedly written to the parents of Madeleine McCann to say she is dead.

Hans Christian Wolters, who is leading the investigation into the main suspect in Madeleine’s disappearance when she was three years old, has reportedly written to Gerry and Kate McCann and confirmed their daughter was killed.

Mr Wolters said police cannot yet confirm how they know Madeleine is dead.

Speaking from his office in the German city of Braunschweig, Mr Wolters was quoted as saying in the Daily Mirror: “We have re-established contact with the McCann family in writing”.

“We, of course, really consider the fact that it is going to be very hard for the family when we tell them we assume Madeline is dead.

“It is more important that we are successful and we are able to get the culprit, as opposed to just putting our cards on the table and tell them why we think she might be.”

German investigators believe Christian Brueckner killed Madeleine soon after abducting her from a holiday apartment in the Portuguese resort of Praia da Luz in May, 2007.

Brueckner, 43, is in jail in Germany for drug dealing, and is appealing against a conviction for the 2005 rape of a 72-year-old woman, also at Praia da Luz.

Portuguese police are said to be considering searching abandoned wells near a farmhouse rented by Brueckner on the outskirts of Praia da Luz in the hope of finding clues surrounding Madeleine’s disappearance in 2007, The Times in the UK reported on Tuesday (Australian time).

However, lawyers for Brueckner say he will refuse to answer questions because prosecutors must have proof of his involvement in her disappearance.

The Times says investigators are searching for a link connecting Brueckner to an incident involving a 10-year-old British girl in the same resort in 2005, the same year Bruckner raped a woman at a villa nearby.

The paper said police were also aware of nine sexual assaults and three attempts against British girls, aged 6 to 12 years old , who were holidaying in the area from 2004 to 2006.

Brueckner’s lawyer Friedrich Fulscher was quoted by The Times as saying: “Mr B is remaining silent on the allegation at this time on the advice of his defence counsel. This is quite common in criminal proceedings.

“It is the duty of the state to prove that a suspect committed a crime. No accused person has to prove his innocence to the investigating authorities.”

Asked how Brueckner responded to reports linking him to other cases around Europe, Mr Fulscher said: “We are reviewing every article and will decide on a case-by-case basis whether to take legal action against the media concerned”.

‘Big mistake’ to notify Bruckner he was person of interest

Meanwhile, a former German police chief has admitted it was a “huge mistake” to notify Brueckner in 2013 that he was a person of interest in Madeleine’s disappearance.

The move happened before a significant police investigation, and might have allowed Brueckner to destroy any evidence which might have existed, experts told the German newspaper Der Spiegel last week.

Ulf Kuch, former head of police in Braunschweig, said sending the letter “was a huge mistake”.

Mr Kuch said he did not know about the Bruckner summons despite his role at the time as supervisor for the officer who issued the notice, The Telegraph reported.