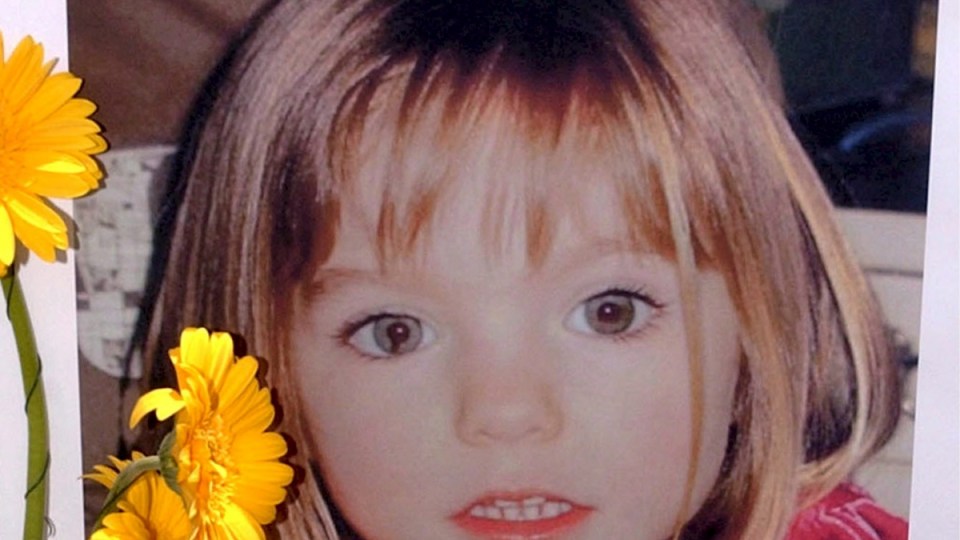 A shot of Madeleine McCann around the time of her disappearance in 2007. Photo: AAP

The disappearance of Madeleine McCacnn in 2007 the most heavily reported missing person case in modern history.

It has generated over 40,000 documents, interviews with 600 people, endless theories and alleged sightings — all of them, until the last week, seemingly leading nowhere.

It’s the first time a suspect has officially been identified since Kate and Gerry McCann, Madeleine’s parents, were named suspects in 2007. They were later cleared.

Brueckner, 45, is currently behind bars in Germany for raping a 72-year-old woman in the same town where Madeleine disappeared back in 2005. Brueckner has denied any involvement in the disappearance of Madeleine.

The suspect also has previous convictions for child sexual abuse and drug trafficking.

He came to the attention of police after the tenth anniversary of the toddler’s disappearance when he reportedly confessed in a drinking session that he knew about the case.

As he sat drinking with a friend, an anniversary special about Madeleine’s disappearance played on the TV. He reportedly told his drinking companion he “knew all about” what happened to the toddler.

Later, he showed his friend footage of him raping an elderly widow – the crime that eventually saw him go to jail. Concerned, the friend went to police.

On May 3, 2007, Madeleine, 3, vanished from her resort room in Portugal while her parents, Kate and Gerry, ate with friends at a tapas restaurant nearby.

Her disappearance spurred numerous appeals. The most recent Metropolitan Police investigation, which began in 2011 has cost £12m (AUD$21.7m) and had the backing of high profile celebrities, including David Beckham and JK Rowling – who would later help her parents write a book about their daughter’s disappearance.

Madeleine’s disappearance dominated headlines for years and sparked an international manhunt. Her name is known around the globe – and, finally, her family may get answers.

The day she disappeared, Madeleine spent the afternoon playing with her two-year-old twin siblings, Sean and Amelie, by the pool.

At around 8.30 pm her parents had dinner with a group of four friends at a tapas restaurant close-by. Kate had read a story to Madeleine and the twins before putting them all to bed.

She pulled shut the bedroom blinds and the couple went out.

At around 9.05pm, Gerry McCann checked on his children.

He noticed the bedroom door was open wider than they left it, but his three children were all there, safe, sound and fast asleep.

Thirty minutes later, family friend Matthew Oldfield checked on the McCann’s apartment – but instead of entering the bedroom he listened at the door, heard nothing and assumed it was all fine.

Just after this, an Irish family saw a white man in his thirties carrying a child in pyjamas towards the beach.

At 10pm, Kate McCann checked and noticed the children’s window open, the shutter up – and Madeleine gone.

Later, her husband described the scene that followed: “Kate came running back screaming, ‘Madeleine is missing, she’s gone’. I was in cupboards, checking everywhere, under the kitchen sink. Disbelief, shock, horror and then panic and terror.

“Kate and I went out walking the streets shouting Madeleine’s name. I remember asking the police to get helicopters and heat-seeking equipment. The thought somebody could be across the border into Europe, driving her. Or Africa – the ports are a couple of hours away. I remember thinking, ‘Get the borders closed’.”

But Madeleine was gone.

To add insult to an unthinkable injury, in September Kate and Gerry were made arguidos – formal suspects in their daughter’s disappearance. After months of flying across Europe to raise awareness for their plight,  including meeting the Pope, it was a brutal blow for the pair.

Almost a year later, in July 2008, they were finally cleared – but no closer to finding out what happened to their daughter.

Her parents wanted her home and the world wanted her home. In the years following there were more than 8000 unconfirmed sightings on almost every continent.

In the lead up to the ten-year anniversary, the McCanns gave an emotional interview to the BBC, saying they would never give up looking for their little girl.

Kate said: “My hope of Madeleine being out there is no less than it was ten years ago.”

German prosecutor Hans Christian Wolters told reporters on Thursday they were investigating a murder – not a missing person case.

“We are assuming that the girl is dead,” he said.

“With the suspect, we are talking about a sexual predator who has already been convicted of crimes against little girls and he’s already serving a long sentence.”

As the mystery into the disappearance of their daughter takes another turn, the McCanns refuse to give up hope.

Clarence Mitchell, a spokesman for the couple said the McCanns had “never given up hope” that their daughter may be found alive, “but they are realistic,” in a BBC interview on Thursday.

“This is another important chapter in the search for their daughter,” he said.

“They say that whatever the outcome of this particular line of investigation may be, they do need to know what happened to their daughter to find peace and to bring whoever is responsible to justice.”

Is this the final, heart-breaking chapter in the search for Madeleine McCann?