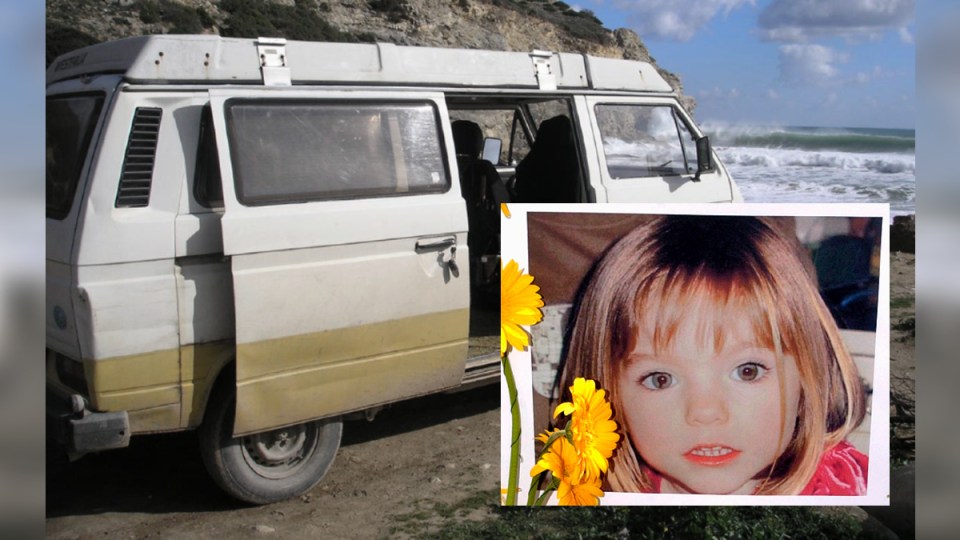 Police released photos of a VW campervan that is linked to the suspect in the case of Madeleine McCann (inset). Photo: AAP

German authorities have said they have “some evidence” Madeleine McCann is dead but are appealing for more information in order to bring a suspect to court.

The suspect, who is reportedly serving a seven-year prison sentence for the rape of a 72-year-old American woman in 2005, has been named in reports as Christian Brueckner.

He is known to have lived on the Algarve coast and his Portuguese mobile phone received a half-hour phone call in Praia da Luz around an hour before Madeleine, then three, went missing on May 3, 2007.

German authorities have previously said they believe Madeleine is dead and are investigating the suspect on suspicion of murder.

Hans Christian Wolters, a spokesman for the Braunschweig public prosecutor’s office, said on Monday they have some evidence that Madeleine is dead but did not have enough for a trial.

“We expect that she is dead, but we don’t have enough evidence that we can get a warrant for our suspect in Germany for the murder of Madeleine McCann.

“At the moment, we also don’t have enough proof for a trial at court, but we have some evidence that the suspect has done the deed.

“That’s why we need more information from people, especially places he has lived, so we can target these places especially and search there for Madeleine.”

Mr Wolters called on British tourists who visited Praia da Luz between 1995 and 2007, when the suspect is thought to have lived in the area, to come forward with any information about the suspect.

Meanwhile, German prosecutors are reportedly examining any links to the disappearance of two other children, and Mr Wolters said he believes there are victims of related sex crimes who have not come forward.

In the days since the renewed appeal, Scotland Yard said it received nearly 400 tips to its Operation Grange team.

Operation Grange refers to the force’s active investigation, which a spokesman said police still consider a missing person inquiry because there is no “definitive evidence whether Madeleine is alive or dead”.

The Met’s investigation has identified more than 600 people as potentially significant and was tipped off about the German national, already known to detectives, following a 2017 appeal 10 years after she went missing.

She vanished shortly before her fourth birthday while her parents were eating dinner with friends at a nearby tapas restaurant, and would have turned 17 last month.