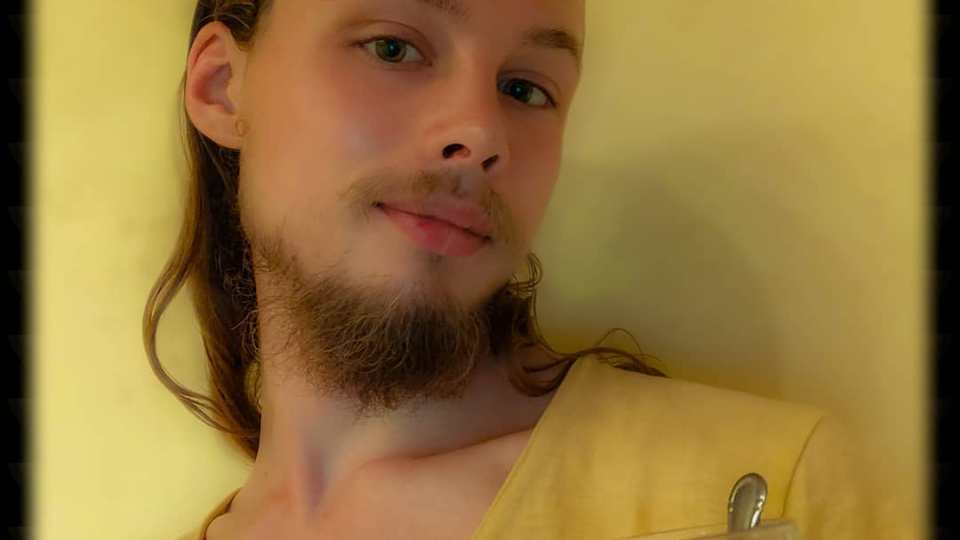 Jan Zon van Dorsten, 25, was believed to be the eldest sibling at the farm. Photo: Facebook

A Dutch man who claimed to have been imprisoned in a farm cellar with his family for years, waiting for “the end of times”, appears to have been active on social media in the months before he fled to freedom.

Dutch police say Jan Zon van Dorsten, 25, had been living in a “small, enclosed space” at a farmhouse in Ruinerwold, about 100 kilometres north of Amsterdam, for nine years before he suddenly appeared at a bar in the town on Sunday, ordered five beers, and said he couldn’t go home.

His appearance at the bar led police to his four siblings, thought to be aged between 18 and 25, and a man they identified as their ailing father.

The family had apparently been living in makeshift rooms inside the farmhouse. According to local media, they had survived partly on home-reared animals and vegetables from a garden on the property.

Dutch police are now trying to piece together the confusing mystery and have arrested the 58-year-old “father”, known locally only as Joseph B.

They were unable to say on Wednesday if he was suspected of a crime – and it’s unclear if he actually is the father of the five siblings.

“The man is still in custody and is being questioned,” said Drenthe police spokeswoman Grietje Hartstra.

“A lot is still unclear and we are investigating exactly what happened there.”

Meanwhile, the first pictures have emerged of Mr van Dorsten, who appears to have held numerous active social media accounts – including Instagram, Twitter, LinkedIn and Facebook – during his time in the cellar.

He has posted regular updates since at least June.

“You know that work is inspiring and going really well when you still can’t leave it alone at 3 am Sunday,” one post from August 18 reads, alongside a selfie.

On June 6, Mr van Dorsten wrote on LinkedIn that he had started a new job at Creconat, a timber company owned by a carpenter called Joseph B.

Mr van Doreston describes himself on LinkedIn by writing: “Hi, sit down because I have a lot to tell you. A story that won’t bore you… Fancy?”

He continues: “For me, personal connection has always been at the forefront, thanks to my parents who have always devoted their time to our personal education.

“And the rest of their time? Friends. And the company always ran great! How is that possible, huh …

“In the meantime, that time has passed … in 2004 Mom passed away and every day we are happy to take care of Dad.

“But where am I now? Ready for my goal! Someday I want to see with my own eyes that every person on earth has the opportunity to be who they want to be,” he writes.

On Facebook, Mr van Dorsten shared a link to Swedish climate activist Greta Thunberg’s “How Dare You” speech at the UN and a photo of the school student climate protests in Sydney.

There are also night-time photos of Ruinerwold – thought to have been taken while he walked to the bar. He reportedly visited it three times before publican Chris Westerbeek called the police.

“He ordered five beers and drank them. Then I had a chat with him and he revealed he had run away and needed help … then we called the police,” Mr Westerbeek told RTV Drenthe.

“He said he had brothers and sisters who lived at the farm. He said he was the oldest and wanted to end the way they were living.”

Mr Westerbeek contacted police, who went to the property. There they found a cupboard that hid a secret staircase down to the basement where the family was living.

Officials have not commented on reports the family may have held “end of days” apocalyptic beliefs.

“There is a lot of speculation in the media about what happened but as police we deal with facts. We still have a lot of unanswered questions,” Ms Hartstra said.

Local mayor Roger de Groot has told the media the children’s mother was believed to have died before the family moved to the Dutch farm in 2010.

Pictured: The man who saved his siblings held for years in Dutch cellar