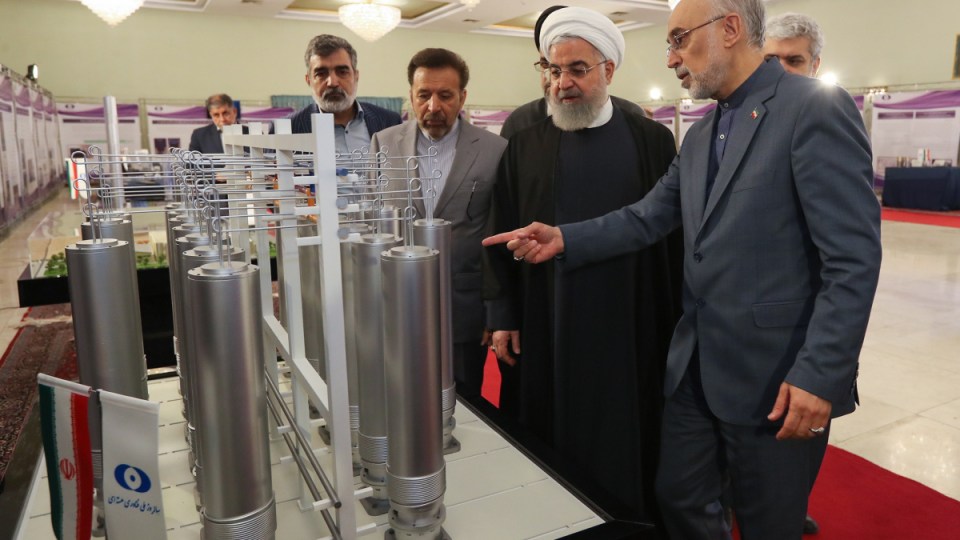 Global security, particularly in the Middle east, has taken a “dangerous” turn after Iran ramped up its nuclear program, including its ability to build nuclear weapons.

The development follows an announcement by Iranian President Hassan Rouhani that his country would begin developing more advanced centrifuges to speed up the enrichment of uranium.

In a televised address, Mr Rouhani said that from Friday, all imposed limitations on nuclear research and development would be lifted, paving the way to build new centrifuges and “whatever is needed for enriching uranium in an accelerated way”.

Though Iran has maintained it is only enriching uranium to fuel nuclear power plants, nuclear experts have warned the introduction of more advanced centrifuges would dramatically speed up the timeline to producing the material needed to make atomic weapons.

The move is the latest step toward scaling back Iran’s commitments to the 2015 nuclear deal with world powers after the US reimposed sanctions on the oil-rich nation last year.

In July, it violated the 300kg limit on its stockpile of low-enriched uranium and exceeding the 3.67 per cent cap on the purity of its uranium stocks.

“This was a totally avoidable situation and we’re now in a really unstable and dangerous dynamic where Iran is playing brinkmanship,” Mr Ruff told The New Daily.

Mr Ruff said the nuclear deal struck in 2015 between Iran and a group of world powers was an “extremely hard one” that placed tough constraints on Iran’s nuclear programs.

“The US abandoning that agreement is not only very bad for the situation in Iran – it is also very bad for future denuclearisation agreements in other parts of the world, like North Korea,” he said.

The director of the Australian National University’s centre for nuclear non-proliferation and disarmament, Ramesh Thakur, agreed adding the Iran nuclear deal was working and the US was “crazy to walk away from it”.

He said the limitations placed on Iran prevented the country from producing full weapons-grade uranium, extending the timeframe to build an atomic bomb from two to three weeks to about 15 months.

“If we could get that deal today with North Korea, we’d jump at it,” Professor Thakur said.

“Iran is now sending a signal that it’s not afraid of resuming nuclear activities in the name of research.”

Despite increasingly serious threats posed by Iran, US President Donald Trump has made it clear he has no intention of easing sanctions.

Australian Institute of International Affairs executive director Dr Bryce Wakefield said Mr Trump’s “tough stance on Iran” was a key part of his election campaign, and that a change of mind would be “very much out of character”.

“Trump has put a lot of political capital on his tough stance on Iran … he criticised the Obama deal very harshly,” Dr Wakefield told The New Daily.

“Washington at the moment is unpredictable, so anything is possible,” he said.

“But Trump’s consistent policy has been one of what he calls ‘maximum pressure’ and it’s unlikely he’ll deviate from that pressure.”