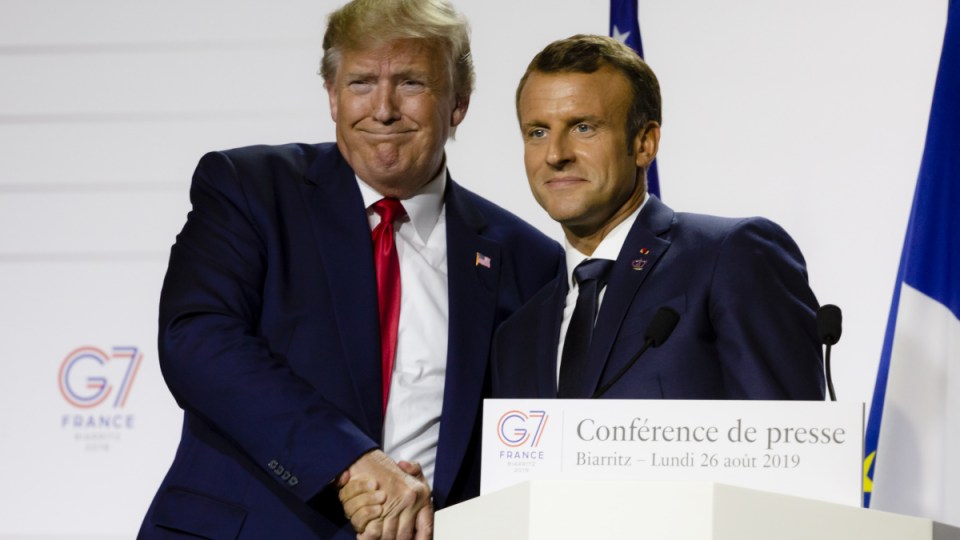 US President Donald Trump says he would be willing to meet with his Iranian counterpart Hassan Rouhani within weeks, in a bid to quell tensions which have been sharply mounting in recent months.

“I think he wants to meet,” Trump said in a press conference on Monday following the G7 summit in Biarritz, France, adding that he would agree to meet Rouhani if “the circumstances were correct or right.”

The two nations have experienced decades of animosity and have had no formal relations since 1980.

Trump last year pulled the US out of a 2015 agreement on controlling Iran’s nuclear activities, despite no violations by Tehran, and has since applied crippling sanctions as part of a strategy of “maximum pressure” against the Islamic republic.

G7 host, French President Emmanuel Macron, said he had told Rouhani in a phone call hours earlier that if the two men met, “my conviction was that an agreement could be reached.”

Earlier in Tehran, Rouhani had backed the effort for more diplomacy, saying that “if it’s clear to me that a meeting could help solve the problems of the Iranian people, then I would certainly do it.”

“Nothing has been done yet. Things are still extremely fragile,” Macron warned, but it was still a diplomatic coup for France and for the EU, which has been trying frantically to preserve the 2015 deal.

There had been inklings of a possible breakthrough on Sunday afternoon when Iranian Foreign Minister Mohammed Javad Zarif made a surprise visit to Biarritz, meeting Macron and French ministers.

Iranian Foreign Minister Javad Zarif made short, surprise visit to the G7 summit, which caught the Trump administration off guard. Zarif was invited by the French in an attempt to resume discussions around the nuclear deal between France and Iran.https://t.co/8hnFMSYKJY

Speculation is widespread in Iran that a meeting between Rouhani and Trump could be set for the UN General Assembly meeting in New York next month, which both are due to attend.

The US president held out the prospect that Iran could use its main export, oil – sales of which have been badly hit by US sanctions – as security for a “letter of credit type facility” to “get them over a very rough patch.”

Trump said he had a “very good feeling” about reaching a new deal with Iran, but also warned that if Tehran acted aggressively they “will be met with really violent force.”

Speaking on the sidelines of the G7 summit, German Chancellor Angela Merkel said she was glad to see that Iran and the US were open to talks.

Recent months have also seen several incidents involving oil tankers in the Gulf, the temporary seizure of an Iranian tanker in the Mediterranean by Britain and the seizure of two tankers, registered in Britain and Panama, in the Gulf by Iranian forces.