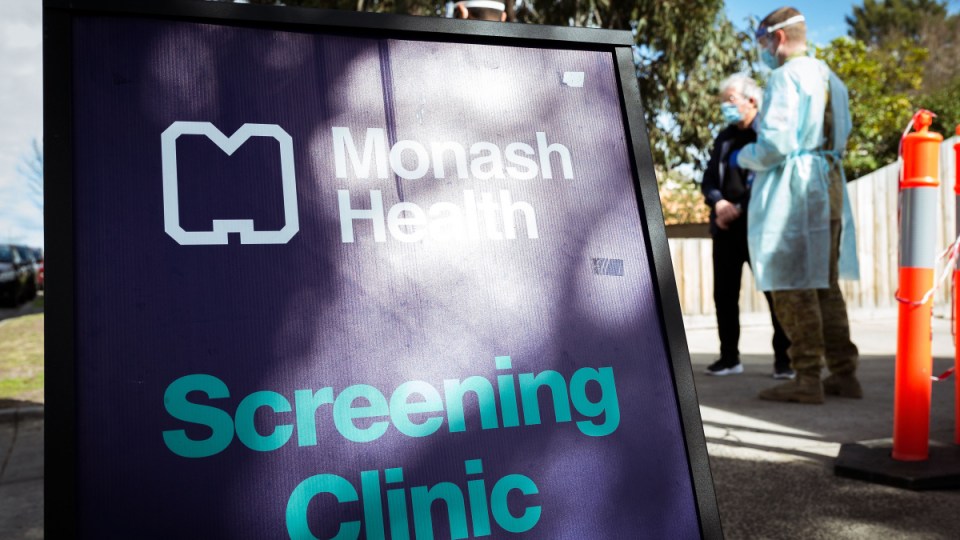 There will be no easing of the mass-testing effort. Photo: Getty

Victorian Premier Daniel Andrews has defended his tough path out of the deadly second COVID wave, as the state’s new infections plunged to a three-month low.

“That is the first time that the case numbers have been in the 20s since the 24 June,” Mr Andrews said.

“That is a fantastic outcome and a tribute to the hard work, sacrifice and contribution every single Victorian is making.”

The state government has come under fire from critics – including state and federal Liberal MPs and some epidemiologists – for its conservative plan beyond the Victorian shutdown. On Thursday, Mr Andrews fired back.

“Any suggestion that I or a member of the government hand-picked this is just utter nonsense,” he said.

“I am not so much for the debating of models – at some point, this is not a doctoral thesis. Even if it is your fourth doctoral thesis. You want to put the plan in place, get on and get the job done.”

Mr Andrews was also brusque about reports that Victorian opposition leader Michael O’Brien intends to move a vote of no confidence in him when state parliament next sits.

“Cheap politics is no vaccine against this virus,” he said.

The state’s death toll continues to rise, with eight more fatalities taking it to 745. The national toll is 832.

Thursday’s deaths were a man in his 60s, two men in their 80s, and two men and three women in their 90s.

Under the state government’s plan, Melbourne is on track to wind back more virus rules from September 28, with its 14-day average below 50. Thursday’s fall in daily infections dragged that figure down to 44.4.

But most COVID measures will remain until Victoria records fewer than five new cases in the previous 14 days, with the same marker for mystery cases.

Acting deputy chief medical officer Allen Cheng said there would be “a lot of judgment involved” in Melbourne’s later steps.

“It is not going to be exactly five that we are aiming for. If it was six and the last outbreak was … a closed community outbreak and was in aged care, and we were pretty sure we had a ring around it to make sure that they weren’t going to be any ongoing cases, then we would be happy with that,” he said.

“Similarly, if the numbers come down quicker than we hoped, then we are always happy to look at that again.”

Of Victoria’s 28 new cases on Thursday, 14 are linked to known outbreaks.

They include five in the City of Casey, in Melbourne’s outer south-east. Professor Cheng said they were being looked at very closely.

“We have been working with Monash Health and the local councils and with community leaders, had a meeting last night with them and, in addition to all of the clinics that are ready in that area, there are three new pop-up clinics,” he said.

“They really thank everybody who has come out to be tested and really encourage anyone, even with mild symptoms, to come out and tested.

Elsewhere, NSW had five more cases on Thursday, including two in returned travellers in hotel quarantine and one still under investigation.

The others were linked to known outbreaks. They include the cluster at the Liverpool and Concord hospital emergency departments, which has grown to 21 infections.

Queensland had one new coronavirus case, a male healthcare worker in his 60s who is a close contact of a known case.

Also on Thursday, Victorians in country areas woke to their first few hours under relaxed COVID-19 rules, with businesses reopening and visitors allowed in homes.

NSW also announced an immediate easing of travel restrictions on its southern border. From Thursday, the zone where border residents can move freely will be expanded to include some areas around Pleasant Hills, Lockhart, Benalla, Bright and Mount Beauty.

Anyone in the area with an existing border region permit will be able to take advantage of the changes.

But closer to Melbourne, Victoria Police has erected a “ring of steel” on the city’s outskirts to crack down on regional travel.

Included in the crackdown, Victorian adults who leave a restricted area without a lawful excuse will be handed a $4957 fine.

The new offence comes into effect from Thursday and is designed to deter Melburnians from entering regional Victoria.