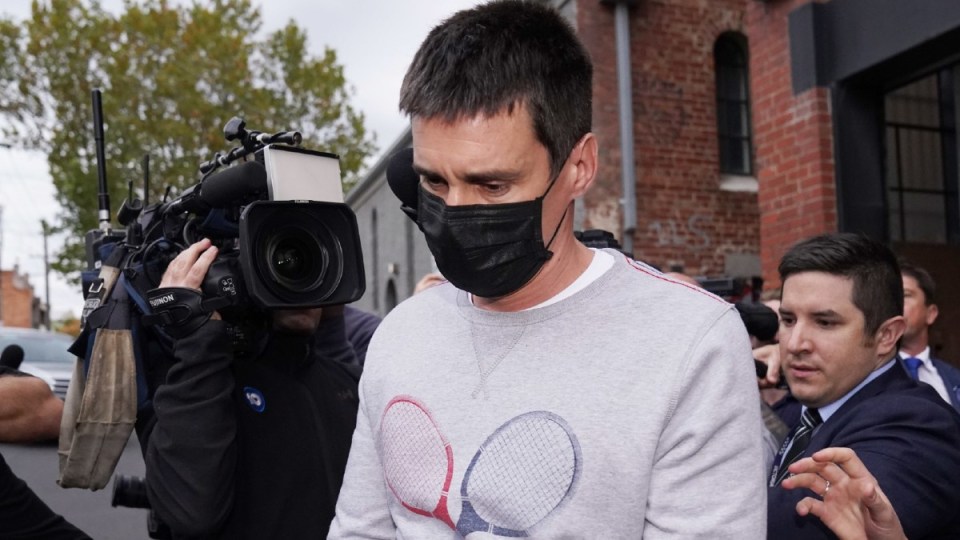 Richard Pusey wasn’t taunting a police officer dying after a Melbourne freeway crash when he told her “all I wanted was to go home and have my sushi,” his lawyers say.

The Porsche-driving mortgage broker is charged with a slew of offences over the April crash that killed Senior Constable Lynette Taylor and three of her police colleagues.

Mr Pusey is not accused of causing the crash, but faces charges for filming the scene, walking up to Senior Constable Taylor and saying “there you go. Amazing, absolutely amazing”.

“All I wanted was to go home and have my sushi and now you’ve “f***ed my f***ing car,” he said, after a truck driver crashed into officers who had pulled Mr Pusey over for alleged speeding and a drug test.

The 42-year-old was initially charged with offences including driving at a dangerous speed, reckless conduct endangering life, failing to render assistance, drug possession and the destruction of evidence.

Two months later, he was slapped with another charge of outraging public decency.

Mr Pusey’s lawyers don’t contest the fact he filmed the scene and made the comments.

“He cannot be described as taunting any of the police officers,” Mr Dann said.

He also questioned whether that particular charge was even valid in Australia’s legal history.

Prosecutor Robyn Harper agreed Mr Pusey’s comments at the scene were “not taunting”.

But she argued their tone, the manner in which they were said and the fact that witnesses overheard amounted to an outrage of public decency.

Mr Pusey’s lawyers have repeatedly said he wants to resolve the case and avoid a trial.

But both sides remain at an impasse.

The case is due back in court on October 7.