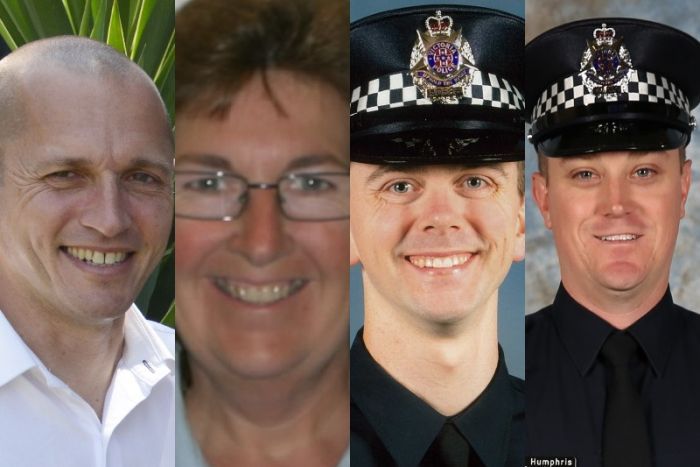 A man has been charged with four counts of manslaughter over the Melbourne freeway crash that killed four Victorian police officers.

The 49-year-old from Frankston was arrested in Lyndhurst in Melbourne’s southeast on Saturday morning and later charged, Victoria Police say.

The man is expected to appear before an out of sessions hearing in Melbourne tonight, police said, and the charges follow a three-month investigation.

The man is understood to be an employee of the trucking company involved in the fatal accident, that has been penalised for safety breaches including truck defects and using fatigued drivers.

The four officers – Lynette Taylor, Kevin King, Glen Humphris and Joshua Prestney – were killed on duty while impounding a Porsche on the Eastern Freeway at Kew on April 22.

Police allege Porsche driver Richard Pusey, 41, was clocked doing 149km/h while under the influence of methamphetamine and cannabis, prompting police to impound his car.

The officers were hit while they were dealing with Pusey, who then allegedly filmed the crash site and verbally abused Senior Constable Taylor before running away.

Pusey, of Fitzroy, was charged with nine offences including driving at a dangerous speed, reckless conduct endangering life, failing to render assistance and drug possession.

The driver of the truck, a 47-year-old man from Cranmourne, has also been charged with four counts of culpable driving causing death.

The four constables were farewelled at private funerals and tributes flowed for them across the state.