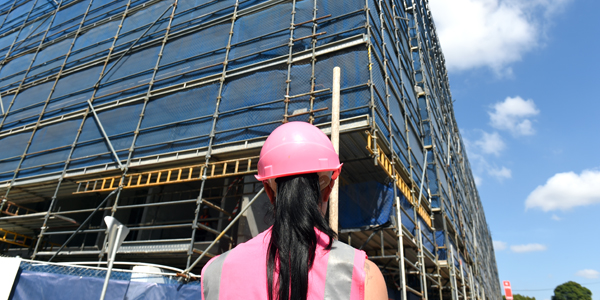 Stamp duty and payroll tax are in NSW Treasurer Dominic Perrottet's cross-hairs as he tries to get the state's economy moving again. Photo: AAP

New South Wales is confronting the largest revenue write-downs in its history.

On Tuesday, its usually lucrative property stamp duties, the state’s biggest money spinner, was written down by $10.6 billion since 2017.

The national economic slowdown, through declining consumer confidence, has wiped another $2.3 billion in GST receipts in the four years to 2021-22, as flagged in federal treasurer Josh Frydenberg’s budget in April.

Despite this, NSW Treasurer Dominic Perrottet told the parliament “bear pit” when delivering his first budget since the re-election of the Gladys Berejiklian Liberal-Nationals government in March, that “fortress New South Wales is standing strong”.

The nationwide property slump has also hit other state budgets. Victoria announced in its May state budget that its expected revenue from stamp duty had been revised down by $5.2 billion since November, while Queensland has cut its anticipated stamp duty review by $1 billion.

For NSW, Mr Perrottet delivered a surplus of $802 million in the 2018-19 operating budget, with projected future surpluses of $1.7 billion each year to 2023.

NSW Treasury asserts that, despite the revenue haircuts, infrastructure investments will deliver half a per cent a year to economic growth this year and over the next two years, about five times its historical average. It is also credited with the apartment construction boom in recent years, helping to keep NSW’s unemployment rate the lowest in Australia.

The big infrastructure spend covers the imported, driverless metro systems from north-west Sydney, opened in May, and connecting eventually through the Sydney CBD and south-west to Bankstown.

Also planned is a Metro West to connect the system to the proposed western Sydney international and domestic airport at Badgery’s Creek.

The NSW Treasury – under both Labor and Liberal – has usually been biased to toll roads to offset transport costs, but it is the NSW Liberals under Premier Berejiklian that have made the $20 billion-$30 billion investment in the metros. The Premier hopes the metros, with trains scheduled every two minutes when completed and operational by 2024, will “bust” greater Sydney’s debilitating traffic gridlock by doubling public transport patronage. This remains to be seen.

The government’s return to power in March with a narrow but workable bear-pit majority appears to have been achieved by the state’s construction boom.

Victoria has applied a 2 per cent cap and South Australia is expected to follow suit.

NSW is striving to keep expenses below its whole-of-government $80 billion in revenue by cutting 2000 to 3000 pubic service jobs, which the Treasurer described as a 1 per cent “efficiency”, while lifting the teacher workforce by 4600, nurses and midwives by 5000 and police by 1500.

Treasurer Perrottet has also picked a fight with the federal government and other states over GST distributions.

“In our three-tier federal system, financial relations are a mess,” he said. “When GST receipts fall, we find out at the last minute”.

Mr Perrottet has established a national “board of treasurers” to advocate for change. In Tuesday’s budget speech, he also announced a panel of “eminent experts” to undertake a comprehensive review of federal financial relations “from a NSW perspective.”

Mr Perrottet indicated he has come to resent having boosted economic growth to the benefit of the nation only to find GST collections “doled out” to other recalcitrant states. The review will find practical ways to give states that embrace reform more autonomy, “making dynamic federalism a reality”.

Also of pressing concern to NSW is the fierce drought, affecting close to 100 per cent of the state and depressing the farming, rural and remote communities, cutting agricultural exports by 20 per cent.

NSW has made a commitment to net zero greenhouse gas emissions by 2050 with no-interest loan schemes to lift household solar and battery installations. It will also maintain its reliance on its coal-fired power generation, with support for transitional gas-fired power.